Out West Trip - Day One

Starting your day at 2:15 am is one thing. Driving in the pouring rain is another. Driving through a lightning storm in the wee hours and having all of the street lights turn off because the sky is lit up like it’s high noon with a cloudless sky from lightning is yet another. 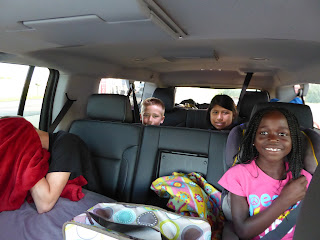 Other then the storm, seeing a bald eagle, seeing a giant iron cattle head sculpture on the side of the road, seeing hundreds of white windmills in large open fields in the fog (which seemed really spooky and made me think of a sci-fi film where someone would just wake up one day in the middle of that and not know how or why they were there - it was a long drive and I had a lot of time to make up a story in my head and share with Ry- lucky him!), and stopping in a town called Jackson for lunch, our travels were not too eventful driving from Michigan to South Dakota. The scenery was always changing so that helped. No one puked and everyone was in a good mood!

The movie for our listening pleasure and the kids’ viewing pleasure was Little House on the Prairie. They love it! I looked for westerns but they all seemed pretty violent. I ended up purchasing the entire nine seasons because it was less expensive. I had no idea if they would like it, but when the intro with the song ran and Sylvia laughed like crazy because a kid fell down the grassy hill, I knew it had at least one vote!

We pulled up to our hotel which was right off of I90 around 2:30. By 3:30 we were heading to our first destination; Mitchell Prehistoric Village. I chose it because the kids could find and keep free arrow heads.

It is located maybe 15 minutes from the expressway on Lake Mitchell and worth the stop. They have a fantastic little museum showing the tools, animals, homes, and artifacts the people who once lived on that site had. In fact, I think most of the things displayed were excavated from there!

There is a second building where an actual archeological dig is taking place! College students from all over the world come and work on excavating items on site. The group there today was from the United Kingdom. It looked just like it does in the movies. They had areas squared off and worked carefully while they removed layers of dirt. The dirt was sifted to be sure they didn’t miss anything and then everything they find is washed and itemized. We were able to talk with the students and touch bones and artifacts. Today they found a bear tooth most likely used as a pendant and arrowheads as well as bones. There are other hands on things for the kids to do there as well. It was really cool and we all really found it fascinating. 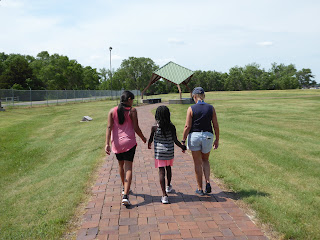 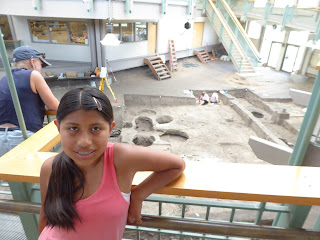 Outside of the dig site is a kid dig. Anyone can dig for arrowheads in this area. They are plastic replicas that you bring in to the gift shop to exchange for real arrowheads. It was only supposed to be one per kid but they let the kids have as many as they wanted! 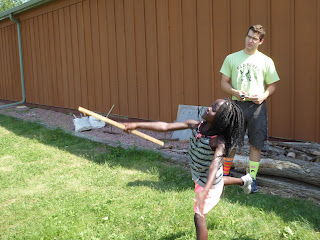 The highlight was learning to throw a spear. The people who had lived here had a special tool they used to help propel the spear farther so we used that while throwing a spear to try to hit a target deer. You probably won’t believe me, but out of all of us, I threw it the best and actually was the only one to hit the deer! Even crazier is that just after I hit the deer a live deer came out of nowhere to graze and stood behind our target!

I would highly recommend this stop! There was no one there so we had one on one treatment and learned so much and had so much fun!

Our next stop was the Corn Palace. It is pretty amazing. The outside gets a new mural made all out of corn each year and the inside murals last about 8 years. The outside of the palace is the biggest bird feeder in the world.

They had a big gift shop filled with fun things and of course all things corn. Jackson bought corn on the cob to eat and my mom bought s cob of corn you can put in the microwave and pop! A little boy gave me a run down of his entire family reunion and vacation out west while I was browsing, which made it even more enjoyable!

This was more of just a quick picture op, but it was fun. We went back to the hotel since it was 101 in the shade so the kids could swim. Unfortunately, there is a little league tourney going on here and every little boy in South Dakota was in that pool! I tried to say something to Ry next to me and had to scream it!!

Dinner was at the Depot, a Historical train depot. It was a great day! 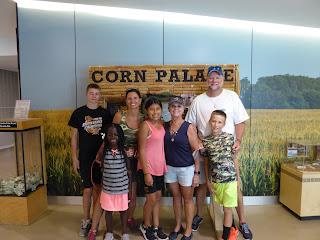 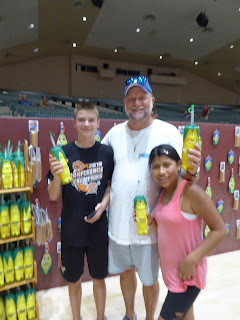 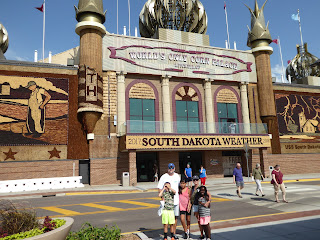 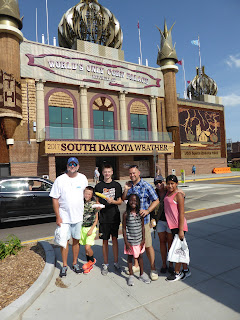 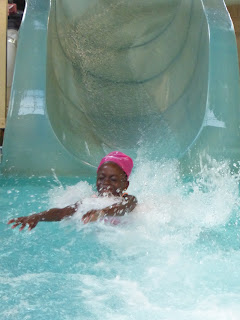