January 06, 2015
Toward the end of the week we drove into Hyannis and boarded the Whale Watcher.  I purposefully picked different ports of departure each time we went on a boat so we could explore different towns.  We were very happy we chose this particular boat to take out to see whales! 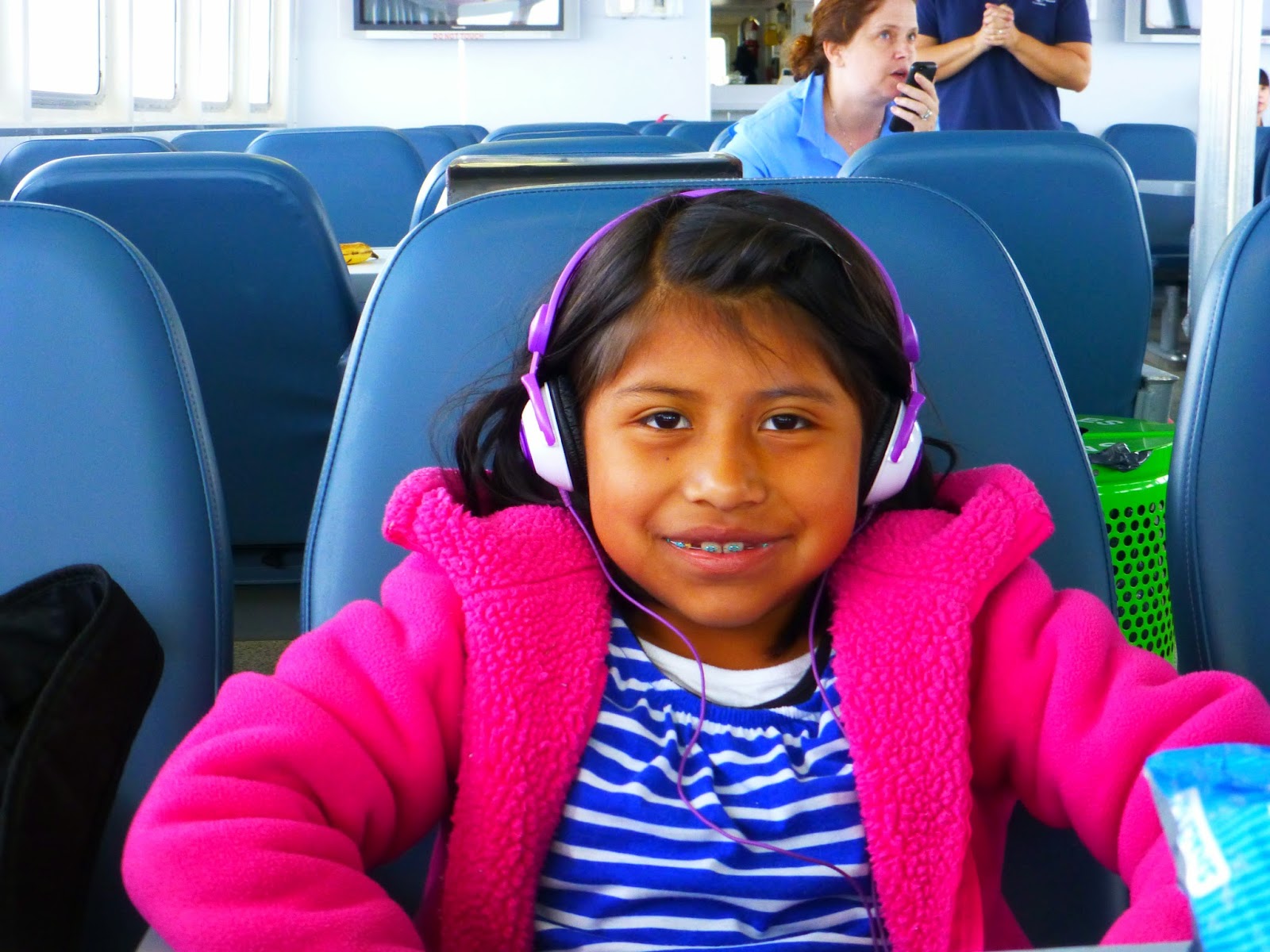 It takes awhile to get out to where the whales are, but once we were out there, we were not disappointed!  Ryan and I have been whale watching before and we just saw the whales come up for air and that was about it.  There were none of the cool views of the tail or of the whale jumping out of the water.  It was a bit boring and cold! 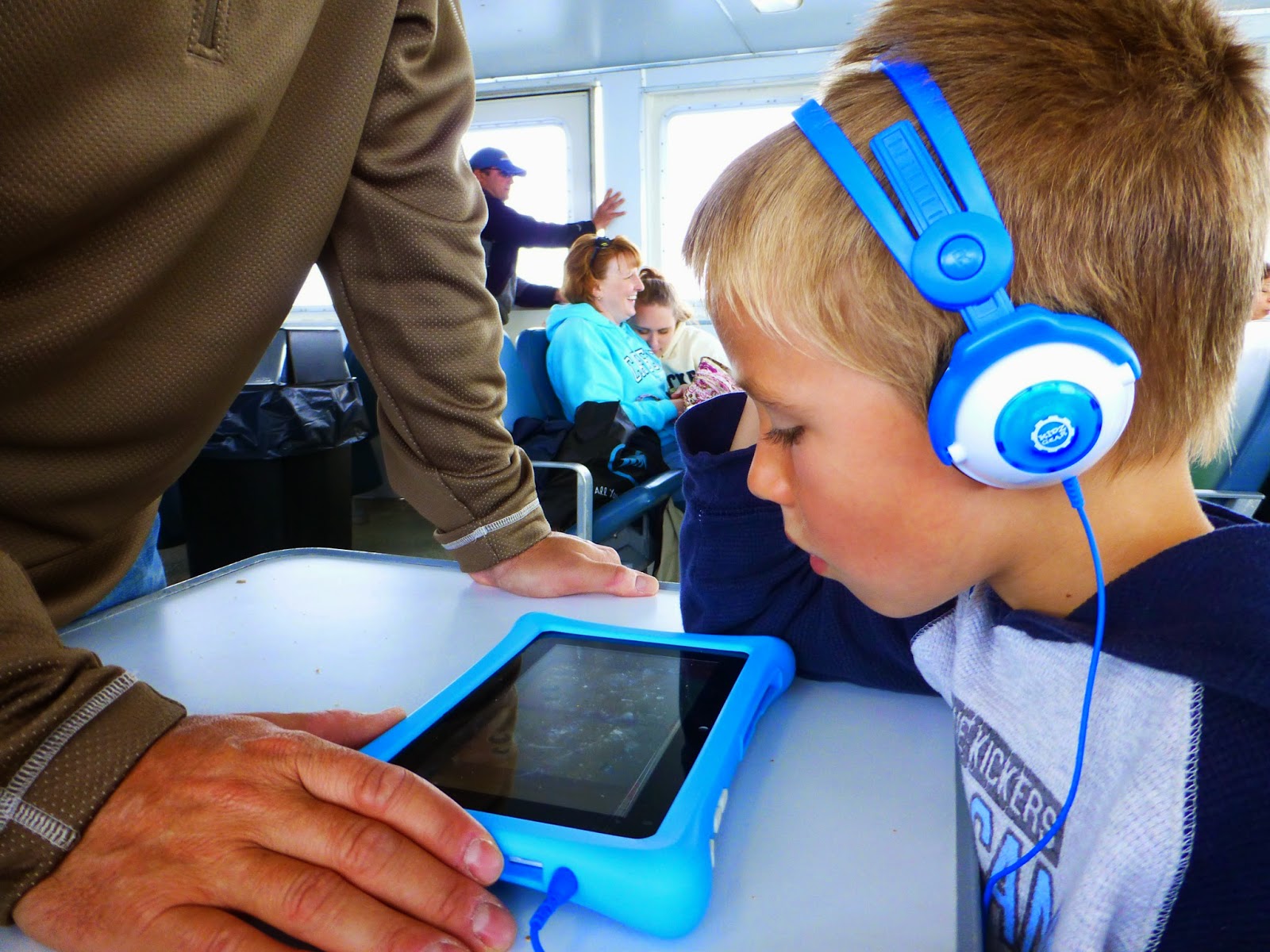 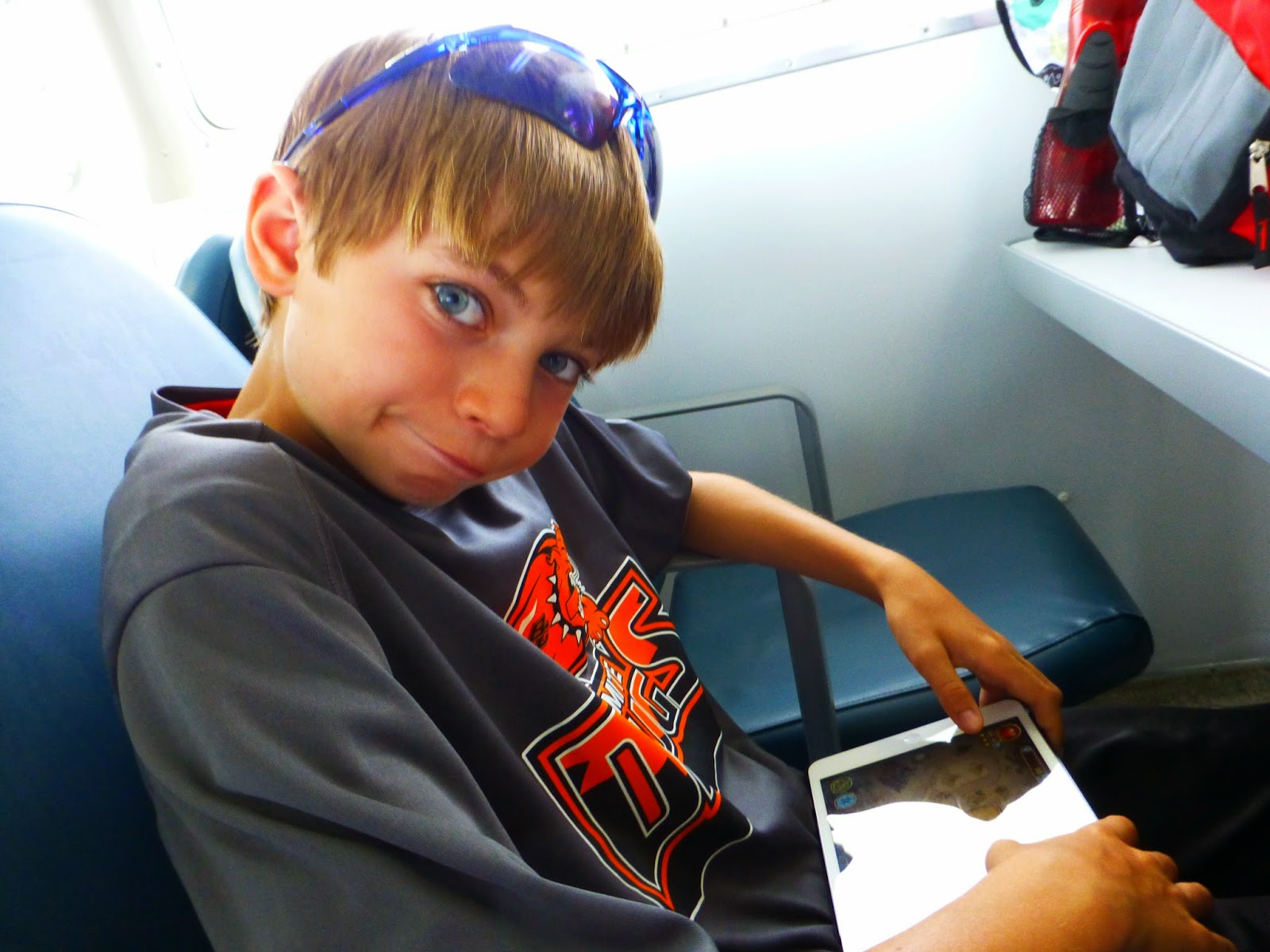 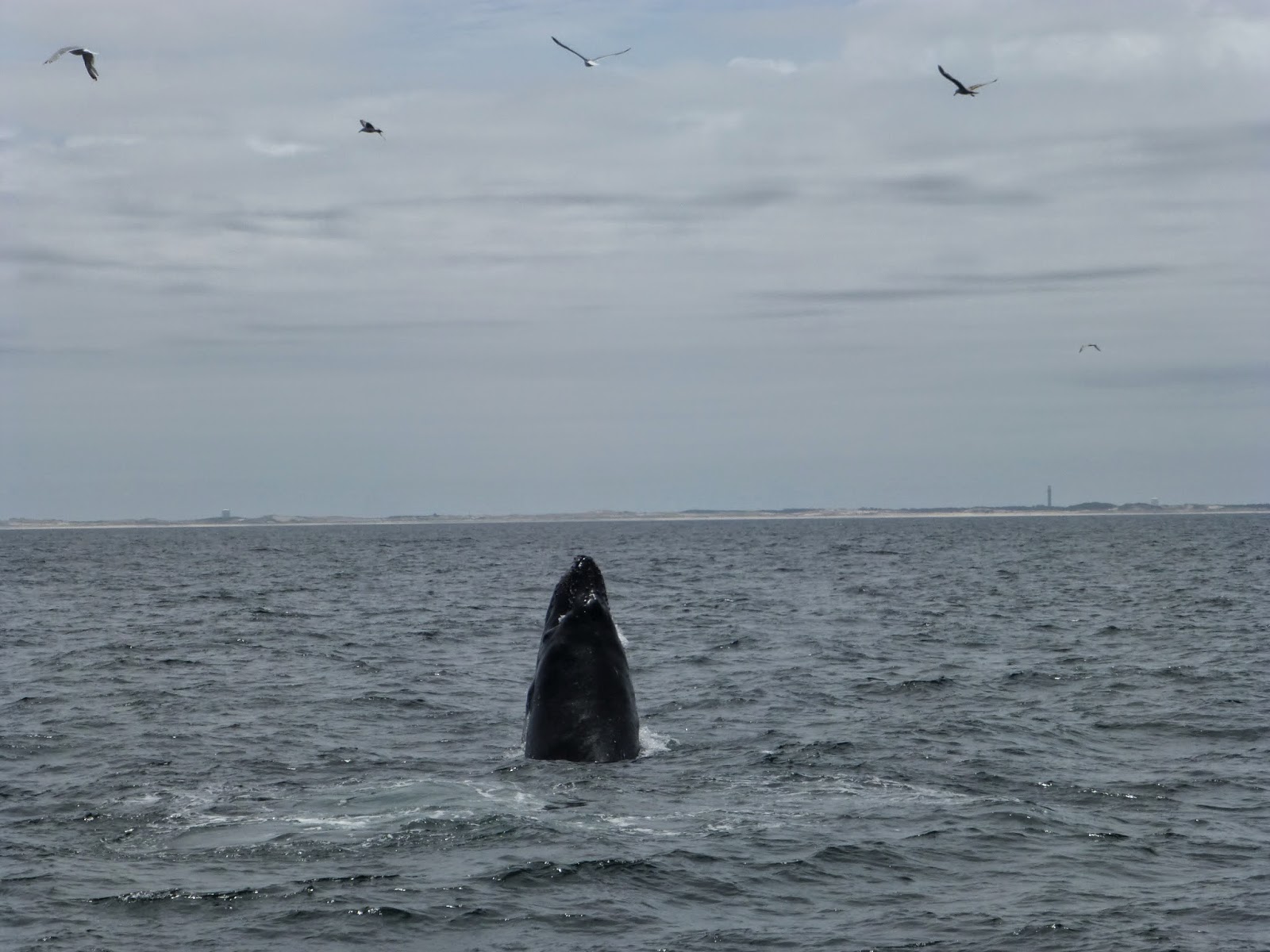 This trip, however, couldn't have gotten any better!  The first sign of a whale was a calf breeching and mom following suit!  They both jumped out of the water landing on their backs right near the boat!  We watched as the calf and its mom played in the waves and saw more of the whale then ever!  Other whales joined in too!  At one point the baby even went right up to the boat and rolled on its side with its eye open and looked at us! It was the coolest thing!

While we watched the whales the naturalist predicted what the whale would do next and where we may see them come up again.  He did an excellent job of telling us bits of information about the whale and directing everyone where to look!  I was very impressed and we all had an awe inspiring time watching those majestic animals!

A few words of advice if you go whale watching.
Dress warmly.  It will be at least 10 degrees colder on the water and if there is any breeze at all it will feel like a cold wind on the open sea!  Wind resistant jackets even on a hot day may be needed.
Take a seat inside the covered area of the boat on the way out.  You will be tempted to take a seat outside or up top, but you risk the cold wind and the waves.  You will see the same views inside as outside, but you will be warmer and if the captain sees anything he will stop the boat and everyone moves everywhere for a view anyways.  On the way back everyone comes in to the covered part of the boat so if you set up camp inside already on the way out you are guarenteed a seat back! 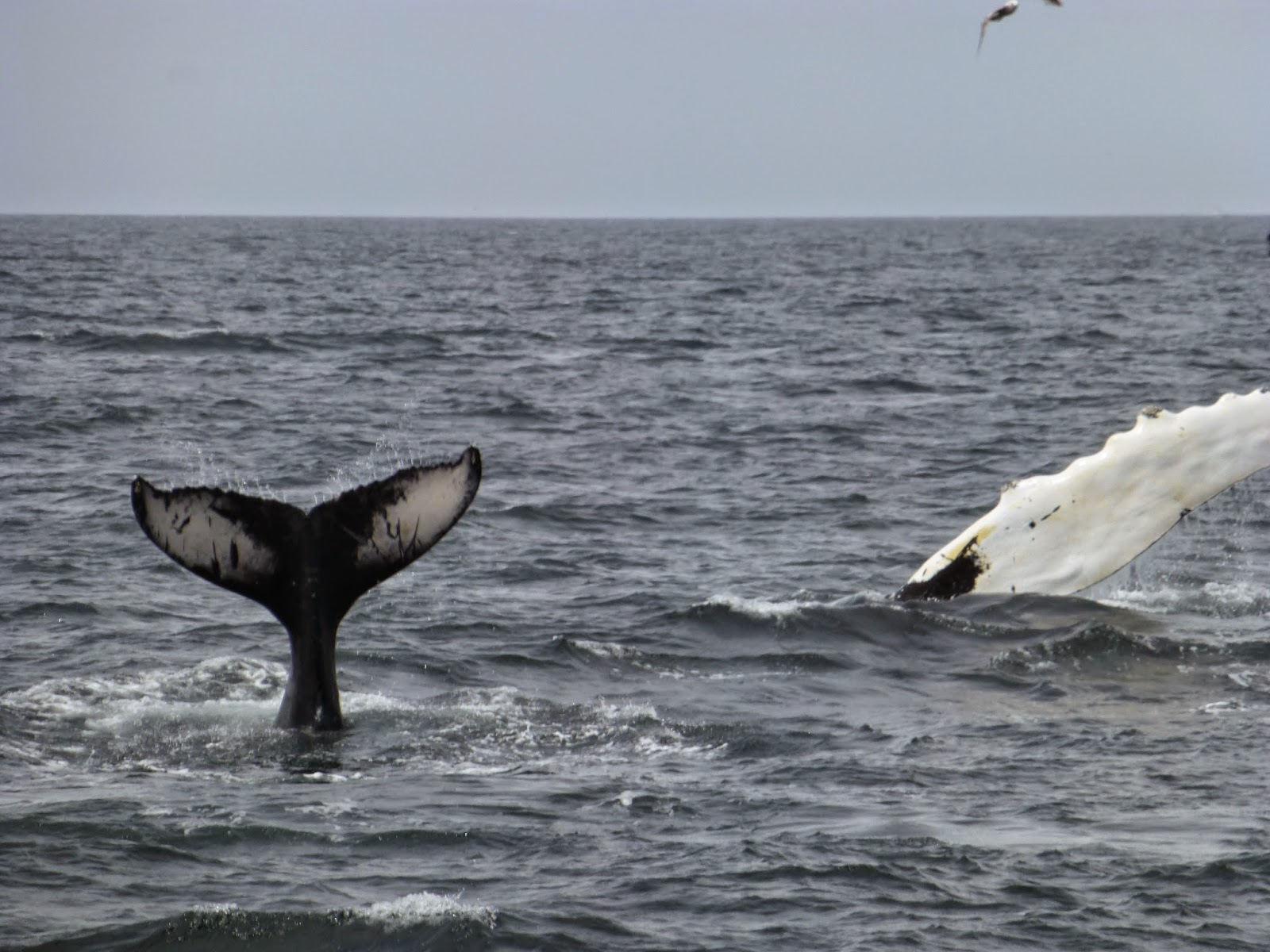 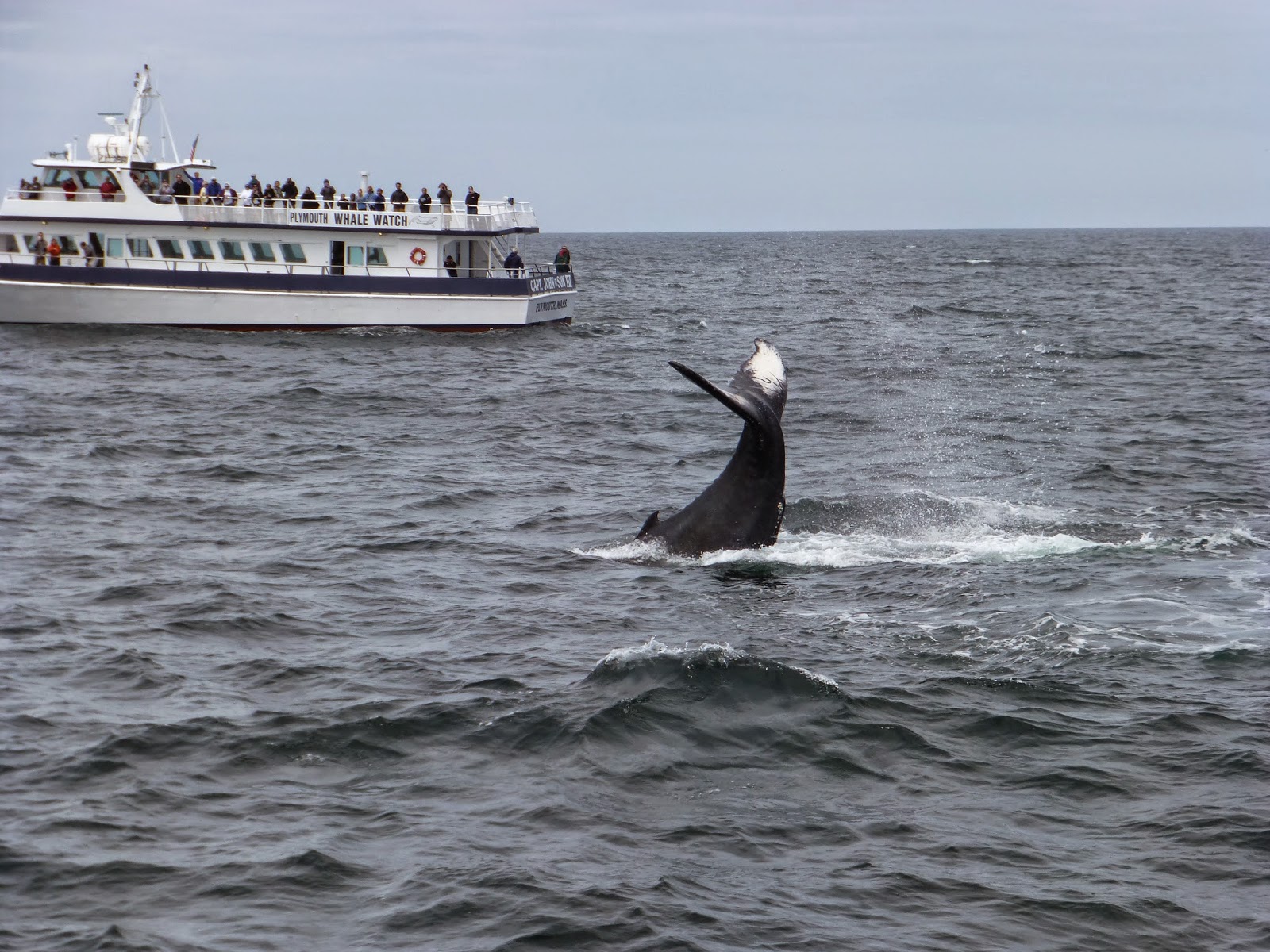 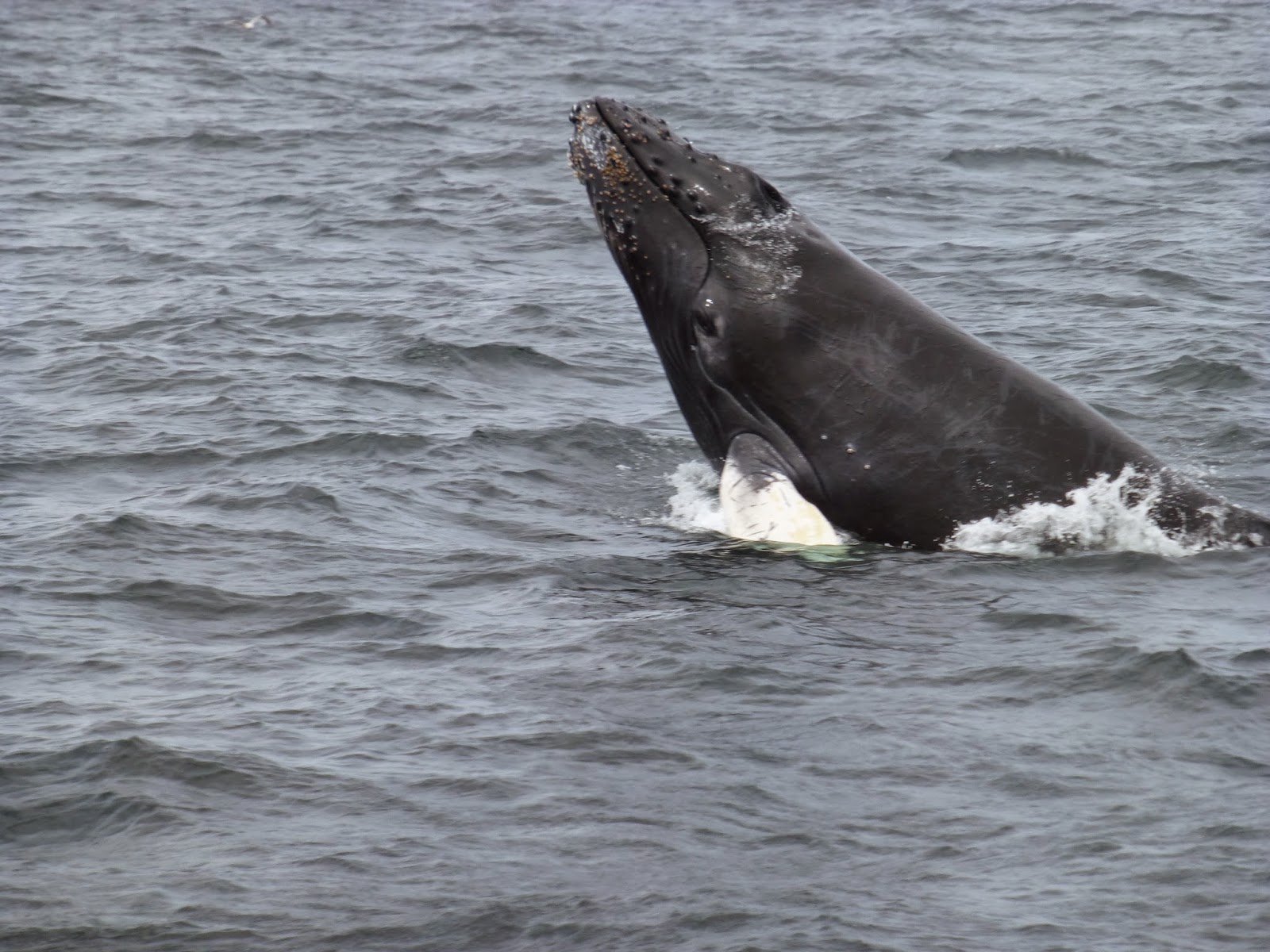 Bring snacks and things to do.  Depending on your port of departure the boat ride can be a long one and if you aren't seeing many whales right away it is a good idea to have some electronics, games, or toys with you to keep the kids occupied.  You can bring snacks and drinks on board so take advantage of that.  The food on the boat was resonably priced so we were happy to get the kids hot dogs for lunch. :) 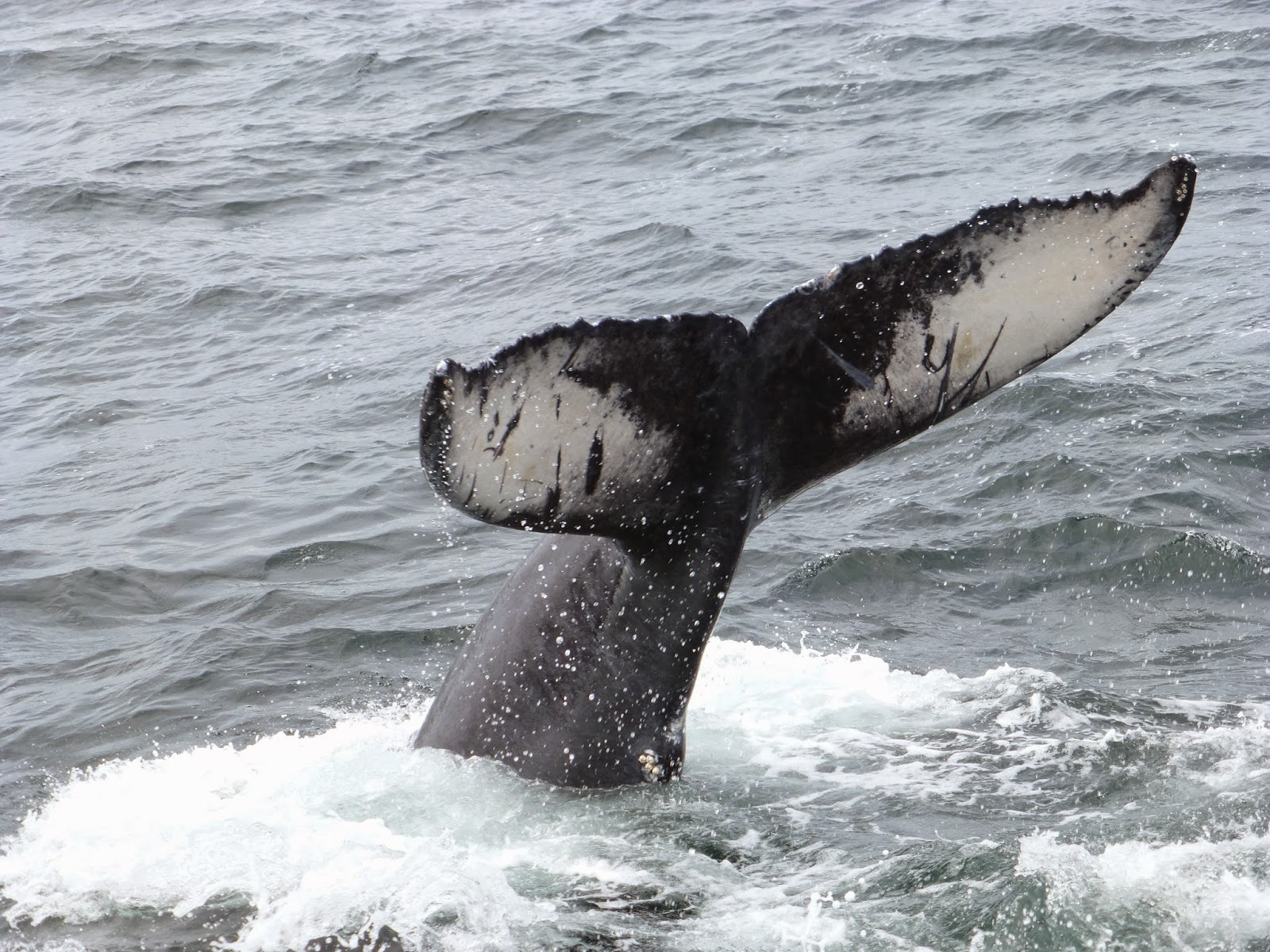 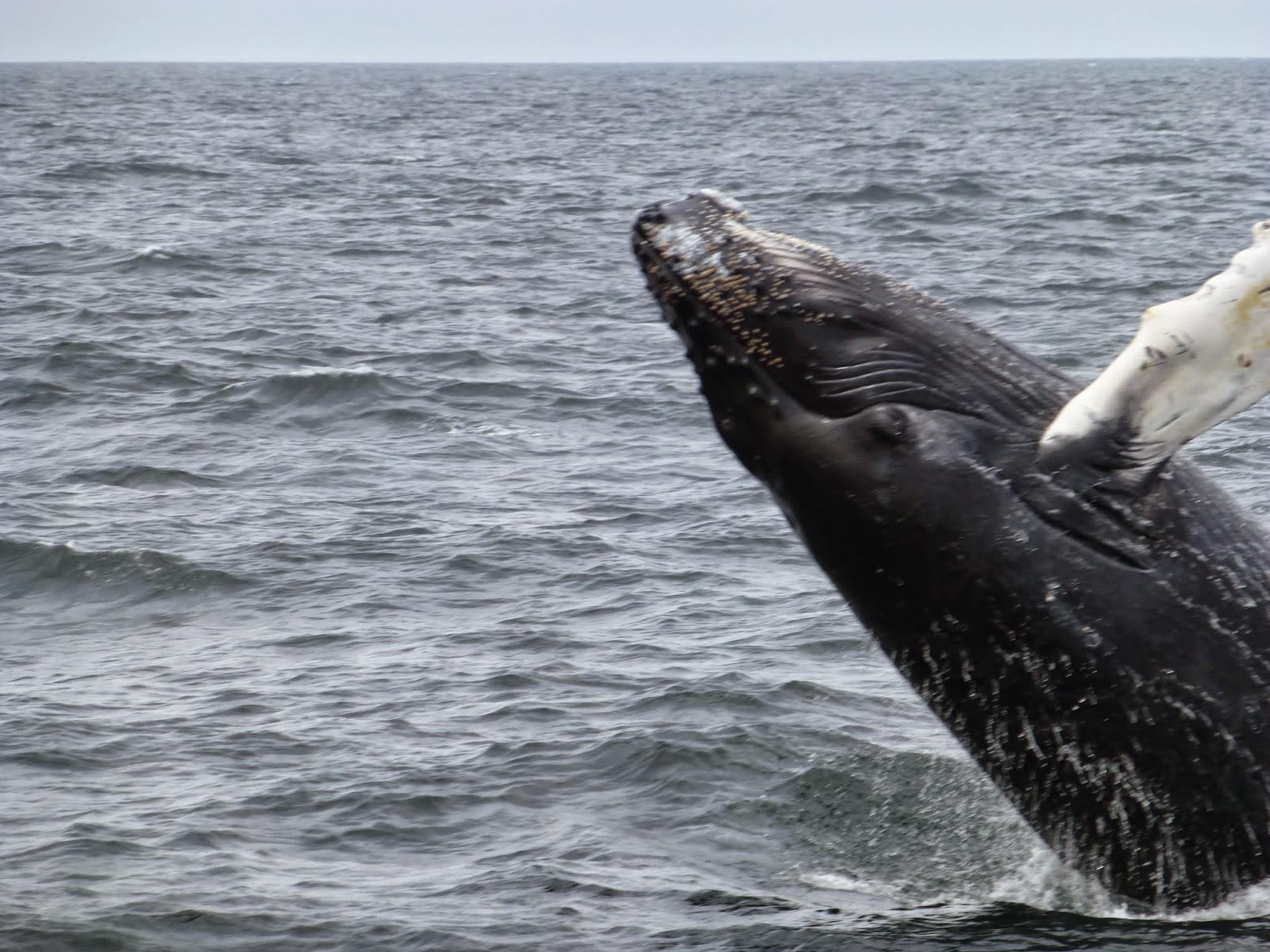 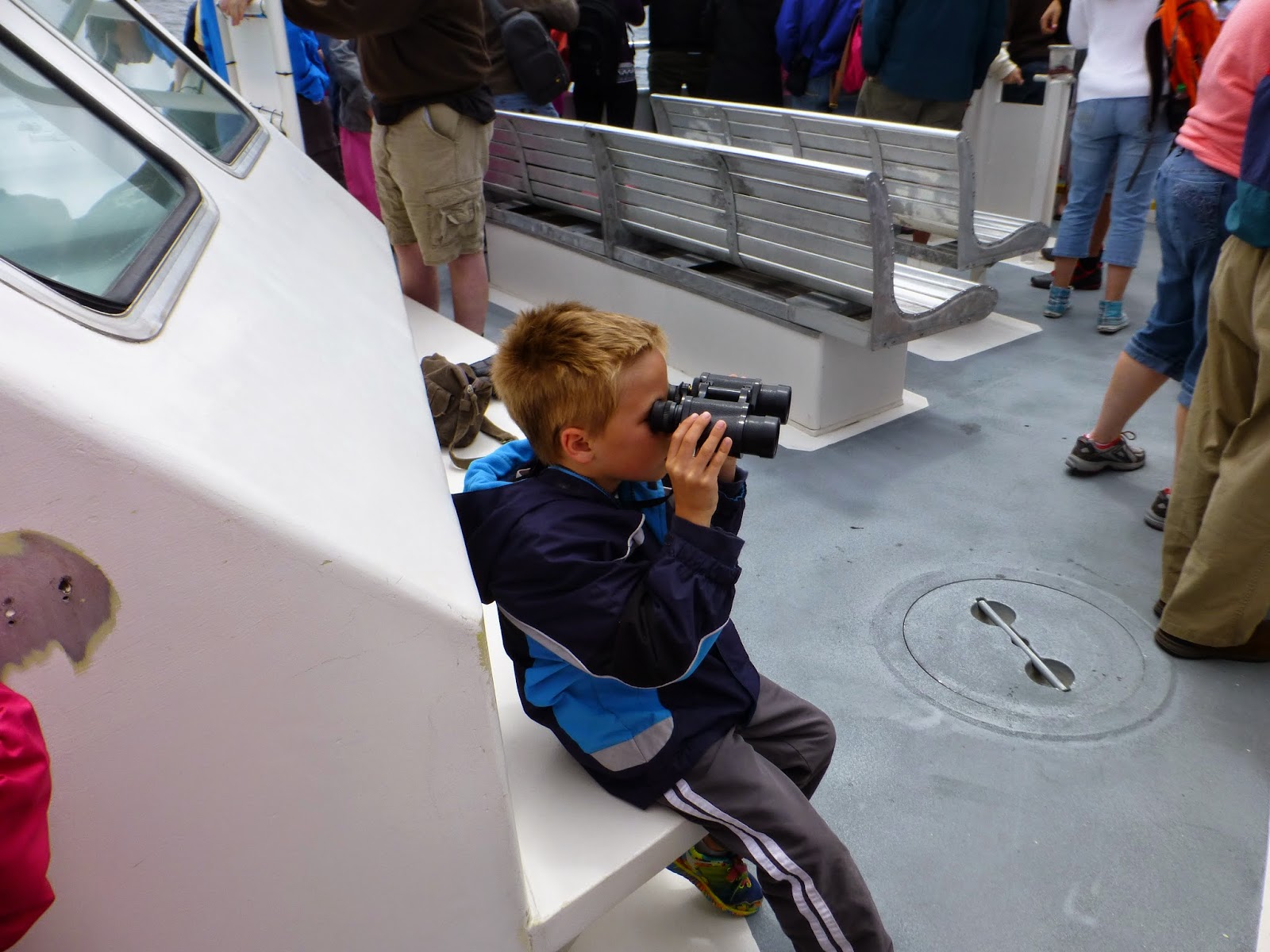 After whale watching we went to the Cape Cod Potato Chip factory.  It is a self guided quick tour and at the end you can pick out two bags of chips to sample!  It was actually very interesting although the kids only really appreciated the chips at the end!  It was worth it just to have a little look since we were really close!
Cape Cod Cape Cod Potato Chips Hyannis New England Whale Watching