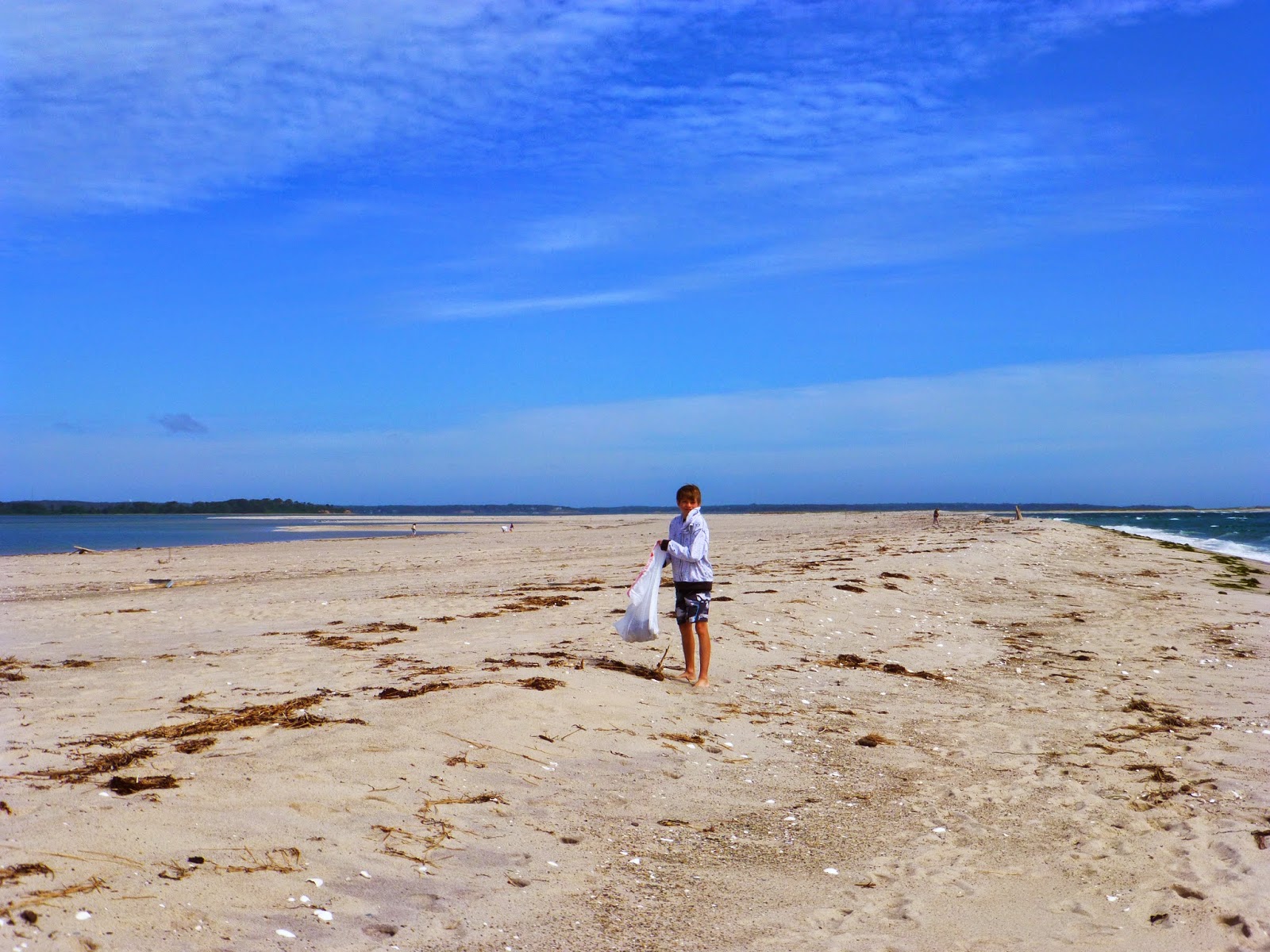 Take note here moms because I am going to let you learn from my misfortune in the hopes that I can spare you the horrific images replaying in front of my closed eyes and the stench that has yet to leave my nostrils!

If you allow your children to pick up any shells or treasures that they find on the beach, first, bring a small bucket or bag.  Do not give them a huge container to collect things in.  A large container says fill me to the brim with whatever you can find!  These items may not even include real treasure.  They just put things in the bag to fill it! 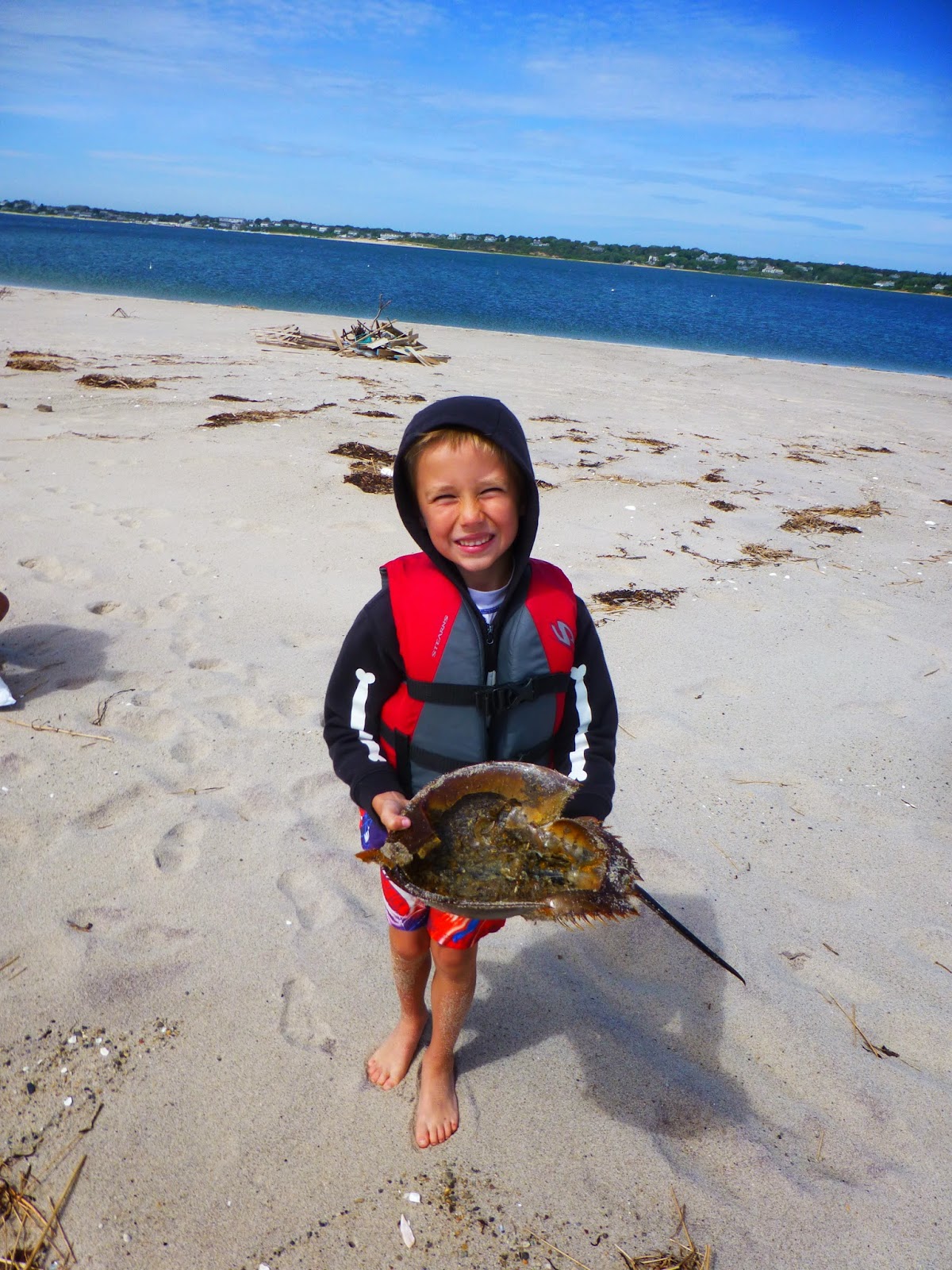 Second, do not allow this bucket or bag into your car unless you have fully inspected each treasure.  Think of it as Halloween and you must look at each piece of candy to be sure it is safe.  You never know the kind of treasures children are able to find.  When you have the treasure at home it is too late.

I allowed the children to gather as much and whatever they wanted in large containers.  We made it as far as the parking lot in the marina before we knew we had to downsize.  The bags were so full and heavy that the kids couldn't carry them.  That was the positive part.  They smelled so bad my eyes were watering! 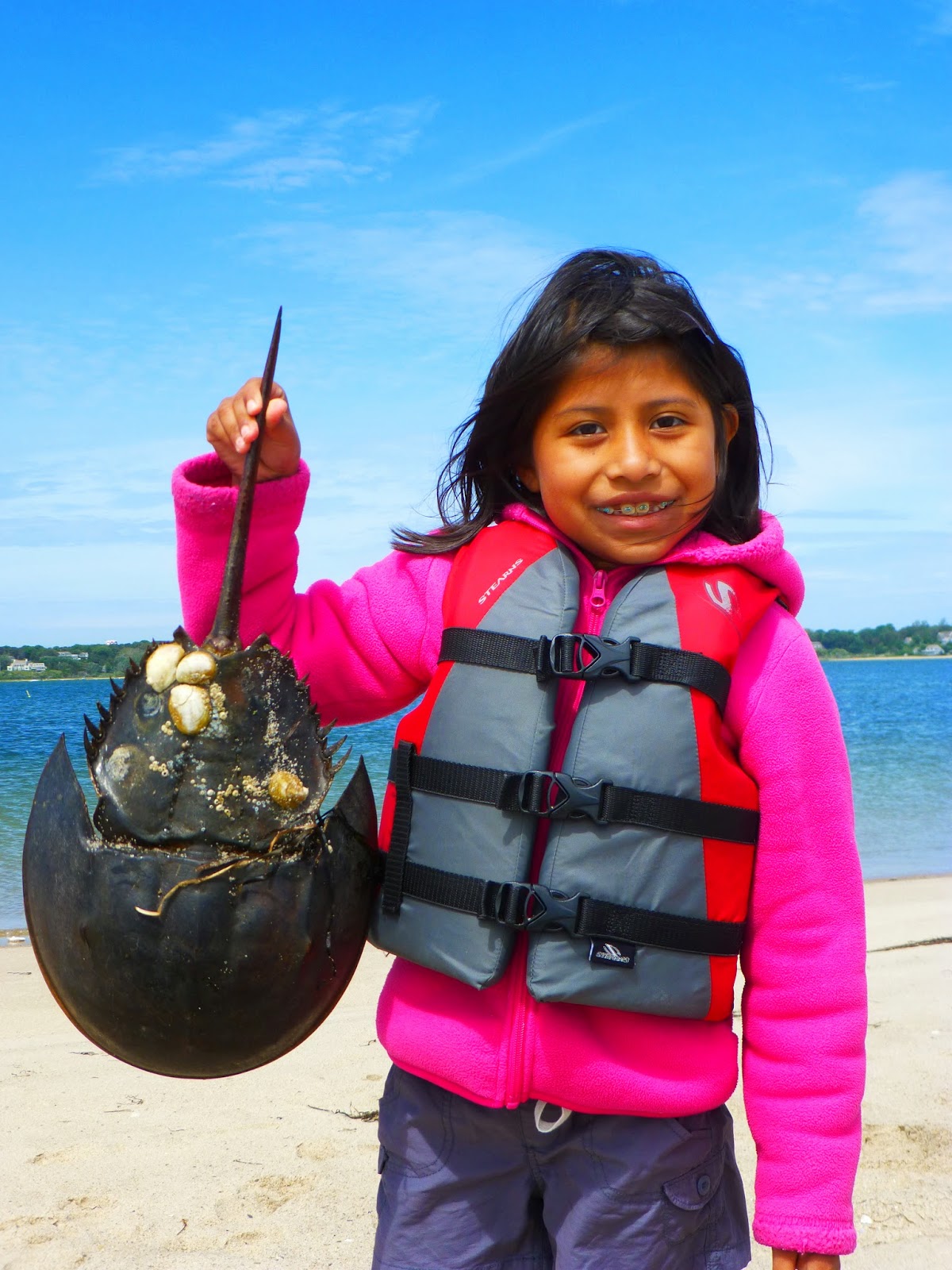 After inspecting the bags we found many dead creatures like horseshoe crabs that were missing most or all of their insides, but they hadn't been dead long enough.  The smell that was released as Ryan and I pulled them out of the bag was enough to make a person pass out!

After consolidating the treasures of the sea, we brought them back home and put them outside.  The smell still lingered so we wanted them to air out outside of the bags.  Each time the slider was opened to the patio the smell shot into the house like a bullet ripping through our noses.  It was still intense!  The house began to smell and I couldn't figure out why the smell was getting worse when everything was outside, until I found the bag that all the treasure and dead animals had been in under the coach!  Ugh!

I thought we were rid of the stench until I again went outside to pack up the shells.  The smell was so strong, but there was a horseshoe crab that a child had smuggled in on the table so I believed that was the culprit.  I was wrong.

As I was picking up a shell to put it in a new clean bag, part of it's fleshy insides came out as I picked it up!  I screamed when I saw the thousands of maggots pulsating on it.  I should have kept my mouth closed because as soon as I screamed the aroma from the rotting flesh filled every orifice and I staggered backwards!

I am still scrubbing my hands because I think I can still smell that thing on me and I can still see those worm like maggots squirming around on the slippery innards of the shell.  It was like a scene out of a horror film.  Learn from me!  Check the inside of all of the treasures your children bring home!!
Cape Cod clams New England shelling stink