June 15, 2014
Embarking on a family road trip always brings out a wide array of emotions.  Anxiety, fear, excitement, uncertainty, anticipation, and doubt.  I try to plan these trips around what I think the kids will find cool, but in the end all they really require is a body of water to find hours of entertainment so are my hours of effort going to be worth it?  The verdict is still out.  I'm guessing when I am a grandma and they take their kids on the same kind of vacations we have done -only then will I really know I was successful. 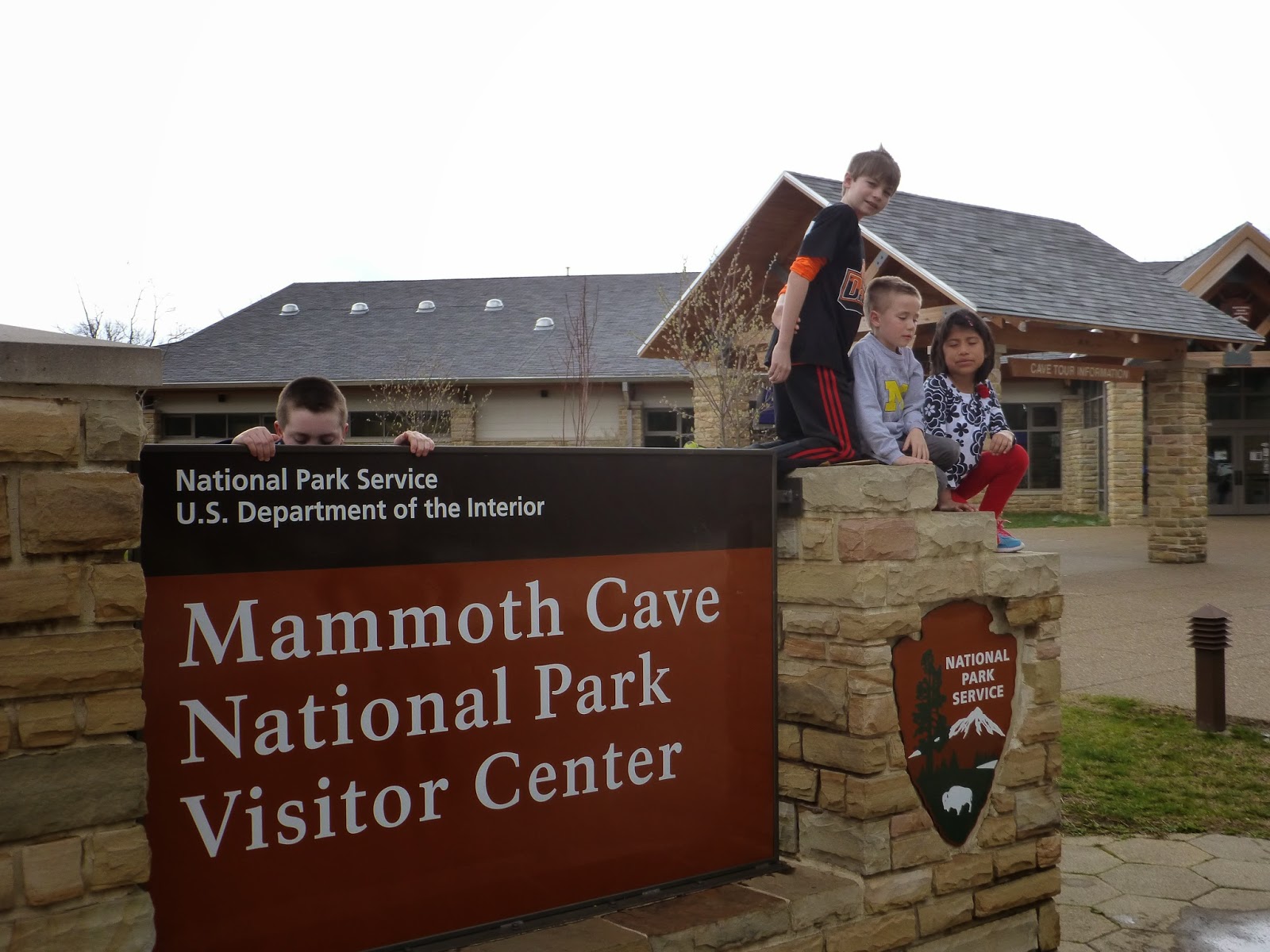 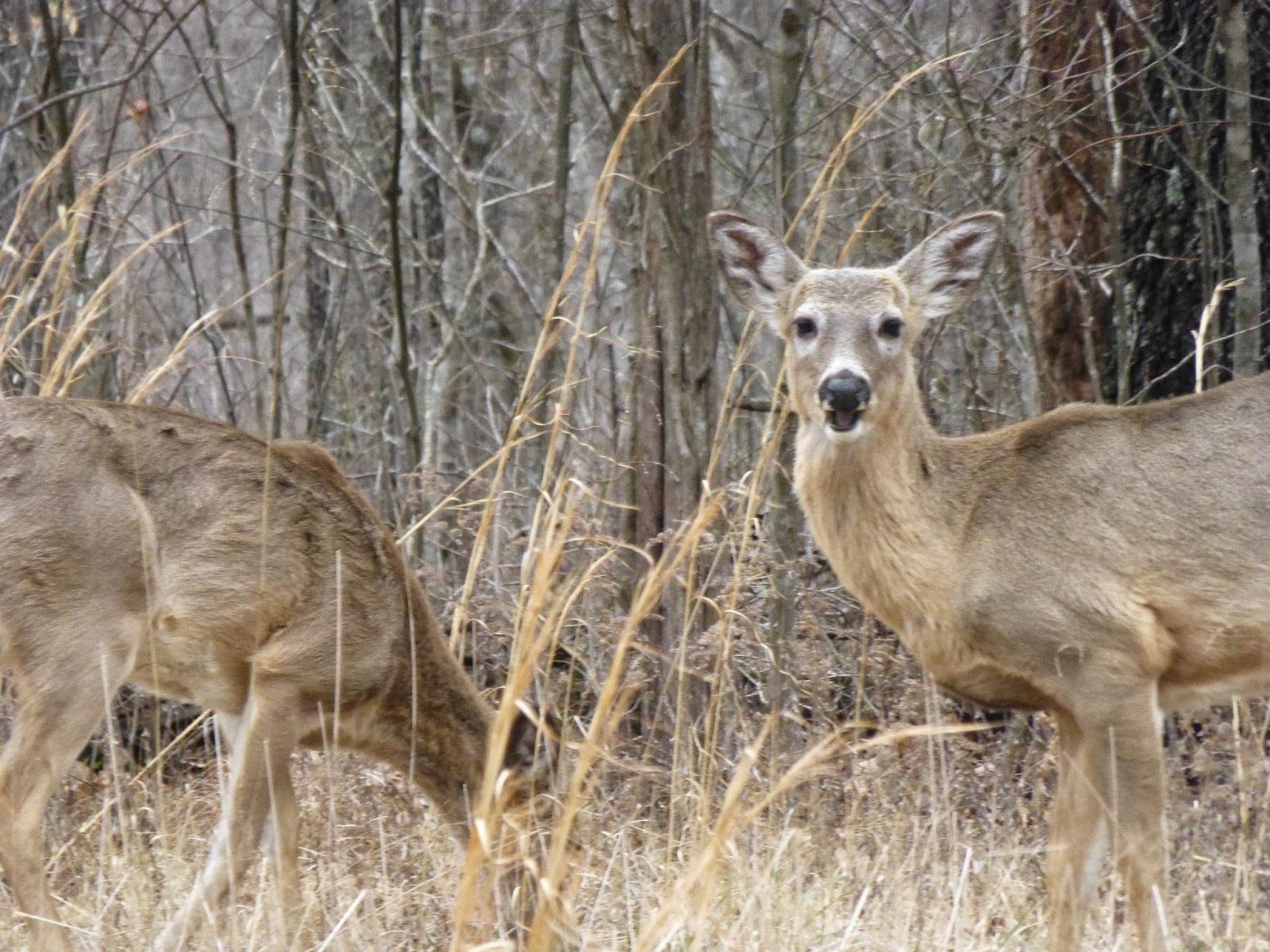 For part of our spring break this year we decided to venture on a road trip south.  This Michigan winter was brutal this year so any ray of sunshine or sign of green was all I needed to boost my spirits!

We decided to go as far south as Chattanooga Tennessee on a "cave" vacation.  We left at night and drove as far as Indianapolis.  The car DVD player was our best friend and the kids watched two movies.  In the morning we began our ticket system which the kids LOVE!  The drive took us to our first stop; Mammoth Cave Kentucky.

One thing I did not realize was that this part of the country is in the central time zone so keep that in mind.  We made reservations online for the cave tour we wanted which was a great plan because every tour was booked when we arrived and these tours take over a hundred people at a time!

We chose the Dips and Domes tour because it was only 2 hours and it was described as only moderately strenuous while featuring a variety of rock formations.

We took a bus to the cave entrance and were led inside.  If you like hearing information about the caves and stories it's a good idea to try to be up front by the guide.  The guide does not narrate while you walk through the caves but is there is a huge gap in the line of people you could miss a lot when everyone does gather.

The most strenuous part of the tour was going 250 feet down on steep wet steps.  There are railings, but I did slip on a step (of course) and the tight squeezes and drops down the sides while you descend can be a little intimidating.  I had to take a few deep breaths and focus on Tyce and his 10 million questions. 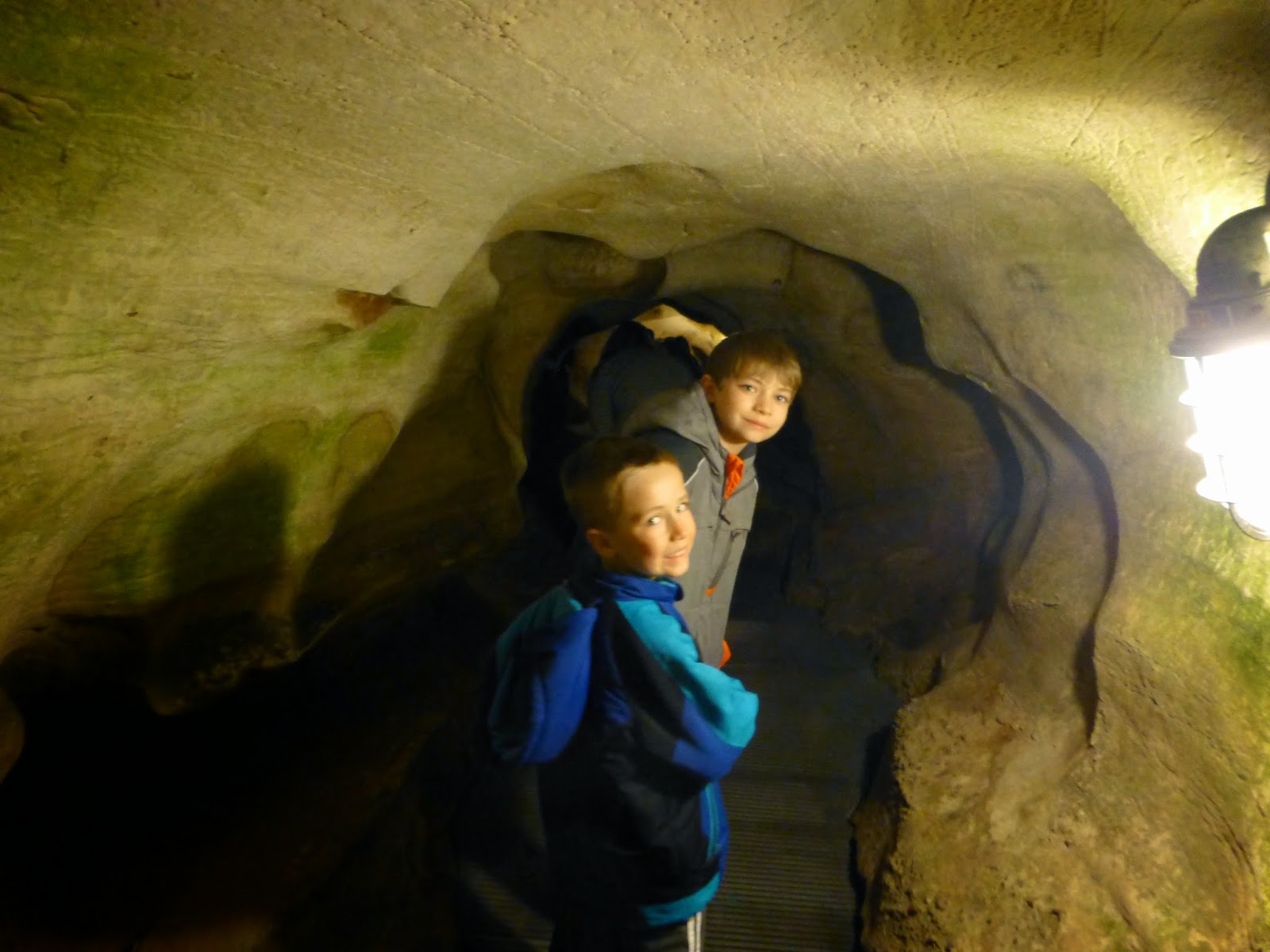 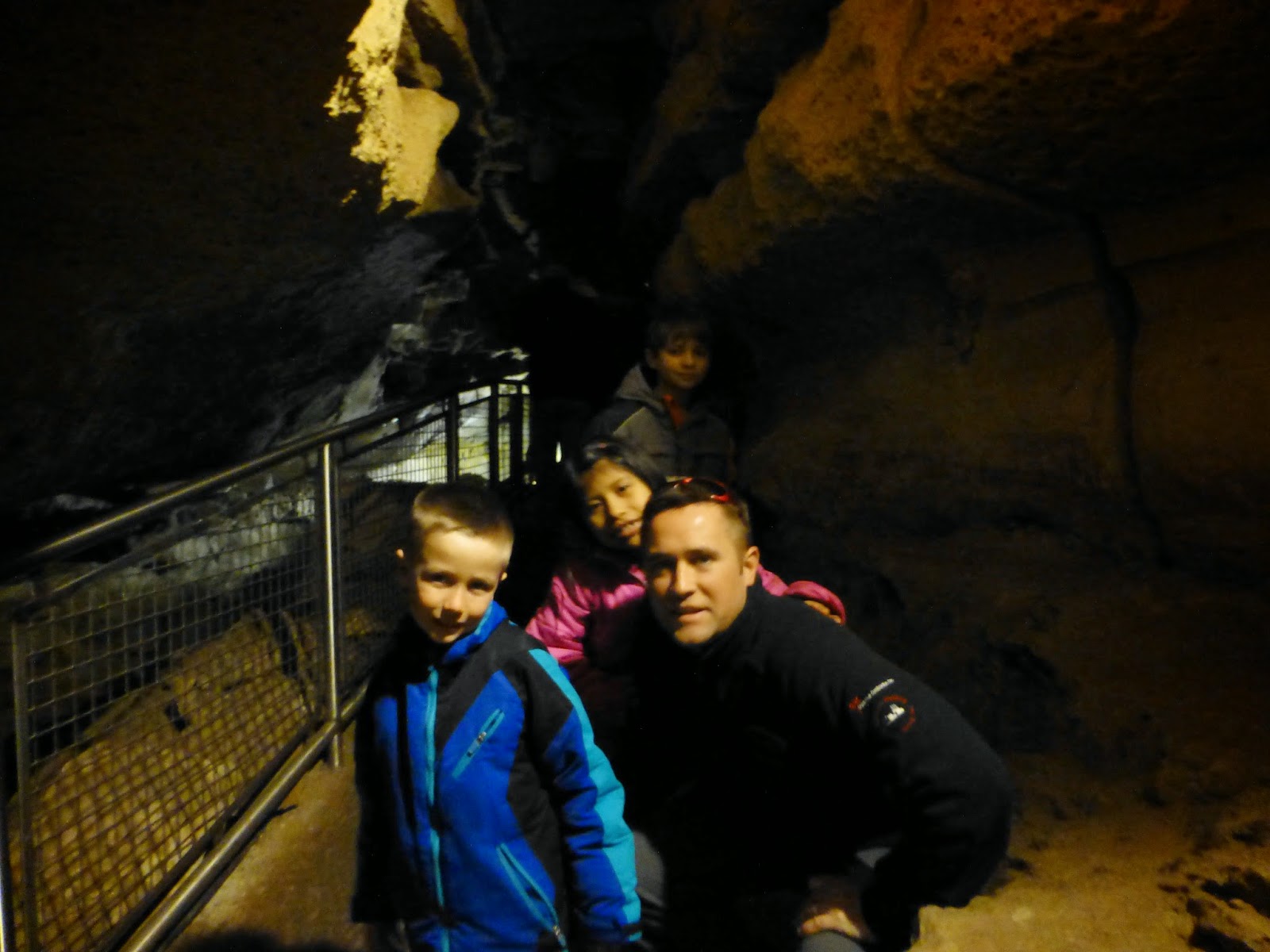 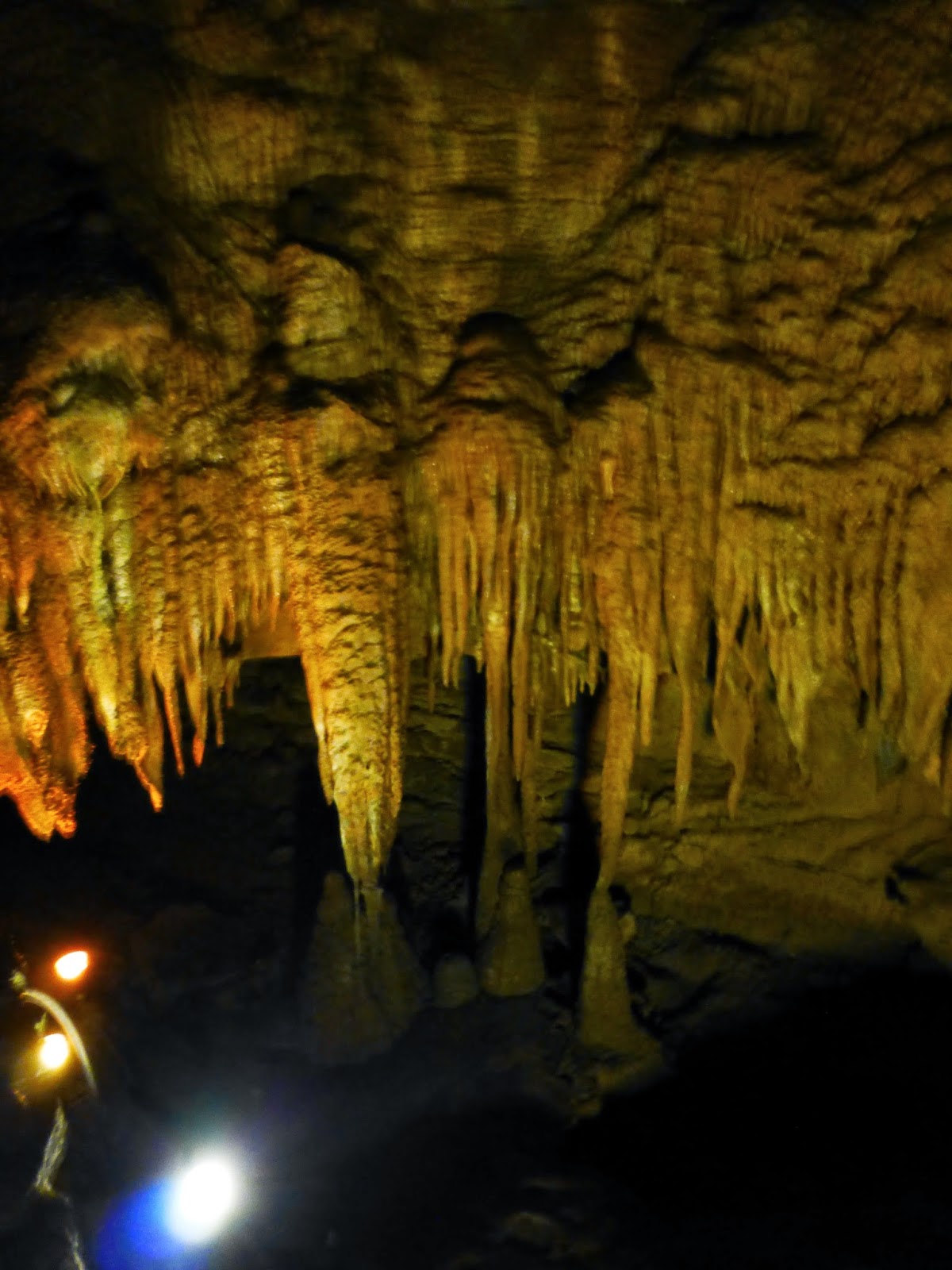 The caves don't have a lot of formations except for at the very end of the tour where we saw Niagara, bacon formations and stalactites so if you want to see "pretty" caves Mammoth Caves may not be for you.  They are the longest known caves and do have a lot of history and I do think they were worth the experience for myself and the kids although they were all disappointed we didn't see any bats.  Finding out that the limestone is made out of dead sea animals from millions of years ago and skeletons were found in the caves seemed to make up for it somewhat! That and the fact that they turned off all of the lights on us and we sat in complete dark for a few minutes!  Amazing how dark it really was!
Caves Kentucky Mammoth Cave Spring Break