June 15, 2014
Our most southern point on our trip was Chattanooga Tennessee.  We stayed in a really cool hotel, explored Ruby Falls, Rock City, went up an incline railway, and panned for gems at Raccoon Mountain.

We didn't take time to explore Chattanooga, but I read a lot about the aquarium, parks, and other fun things to do in the city.  Our time was spent changing elevations. 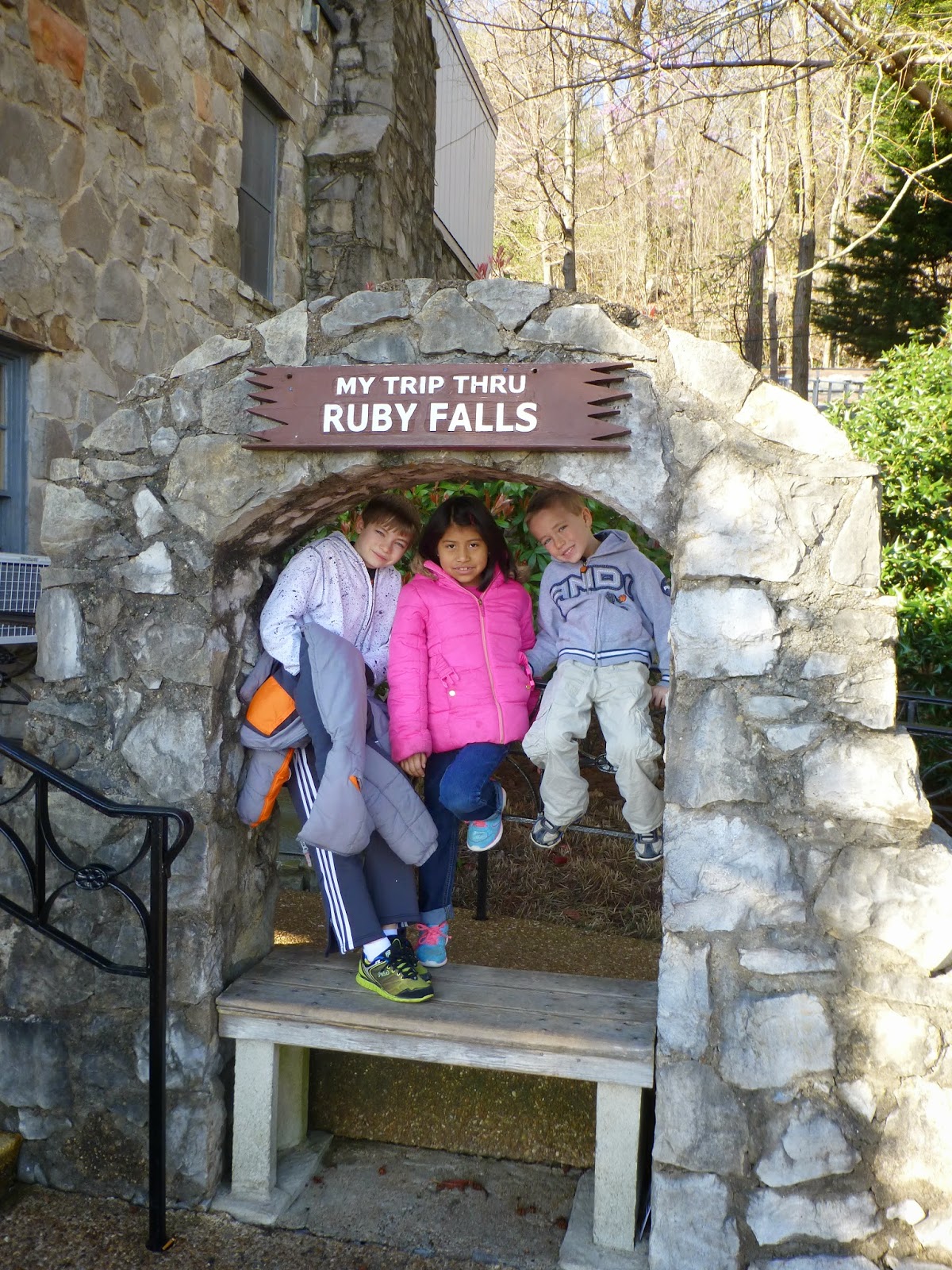 Ruby Falls was our first destination.  It was a Saturday so we arrived first thing.  It was not busy at all which was a good thing because when we left 2 hours later it was packed!  The more people there are, the longer your tour will take.


I liked this cave system better then the caves the day before.  First, you are take an elevator down to the caves so you don't really feel how deep you really are and it is much easier to go down.  Second, you can take picutres.  In Mammoth Caves we were not allowed to take any flash pictures because it is federally owned.  i have no idea how a flash of light is going to damage rock, but what do I know?  Finally, much to the delight of the kids you were allowed to touch and climb on the rocks!  The kids tried to squeeze into the tight areas the original explorers used to make their way inside the cave and they loved it!  The cave also had more formations and of course the water fall was the highlight!   The waterfall just seems to come cascading out of the sky.  You can hear it before you can see it.  They have a little light show and some music for the visitors to allow for some pictures and to be able to see the falls.  It was all timed out well and kept everyone's interest! 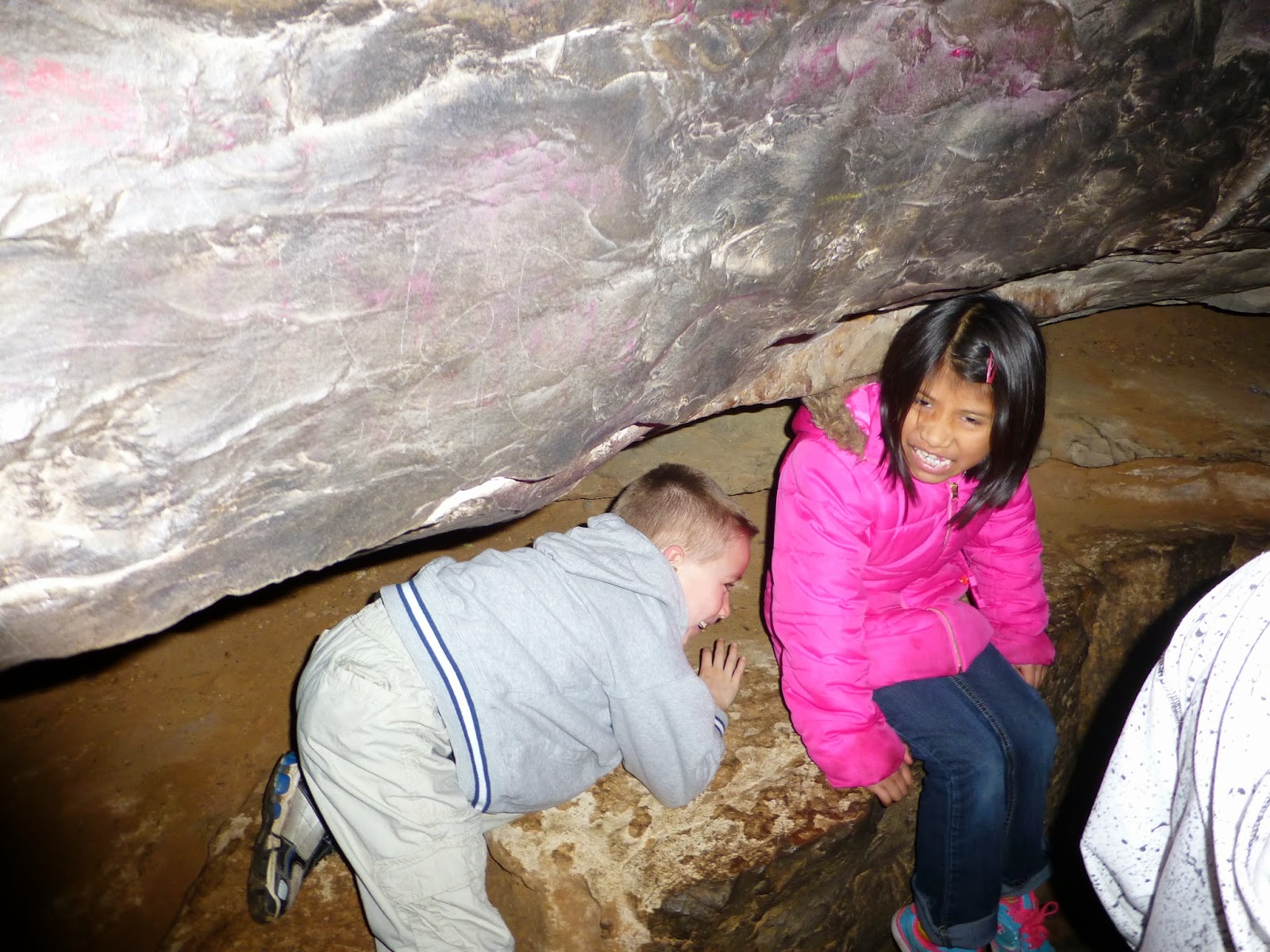 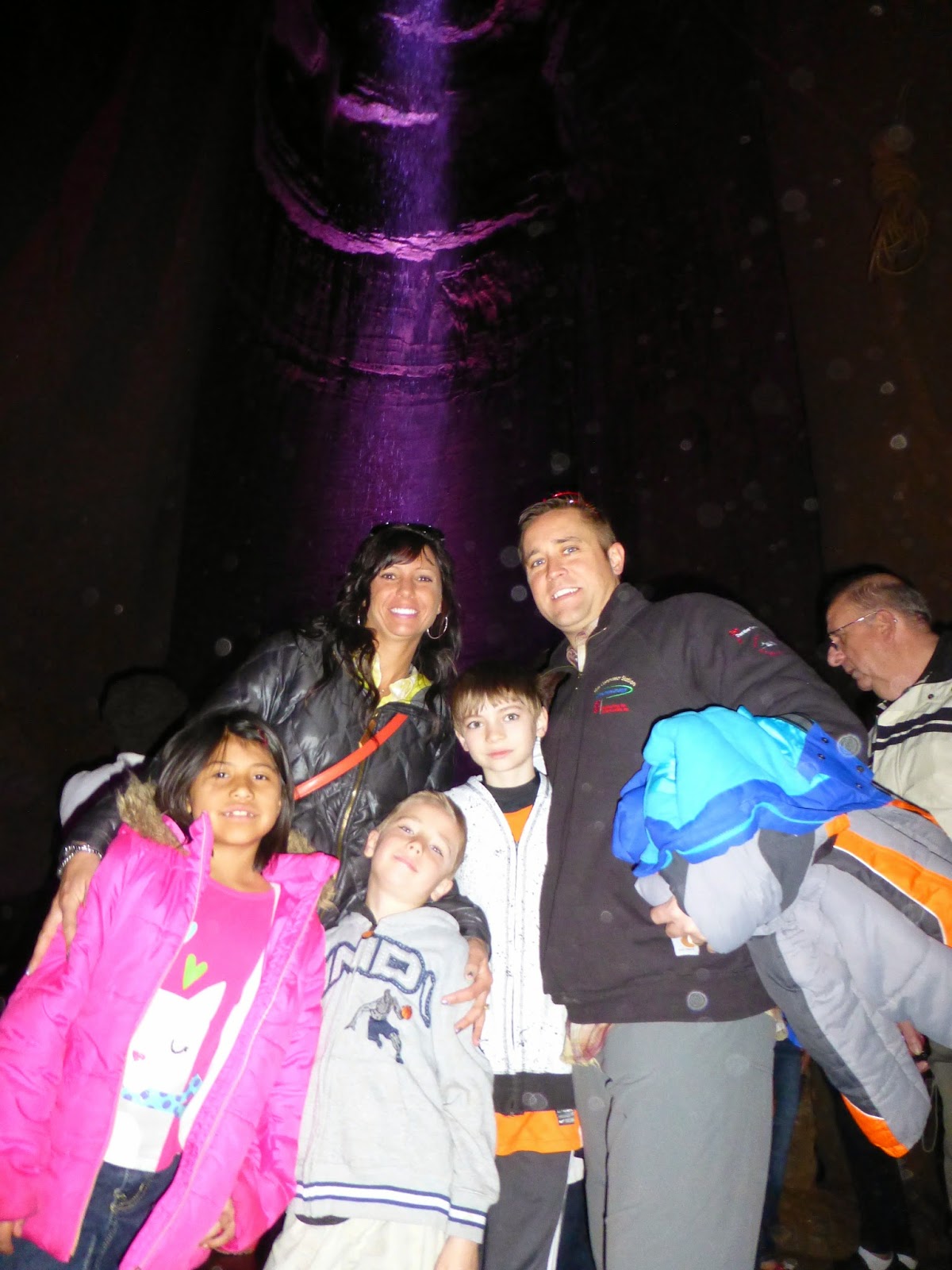 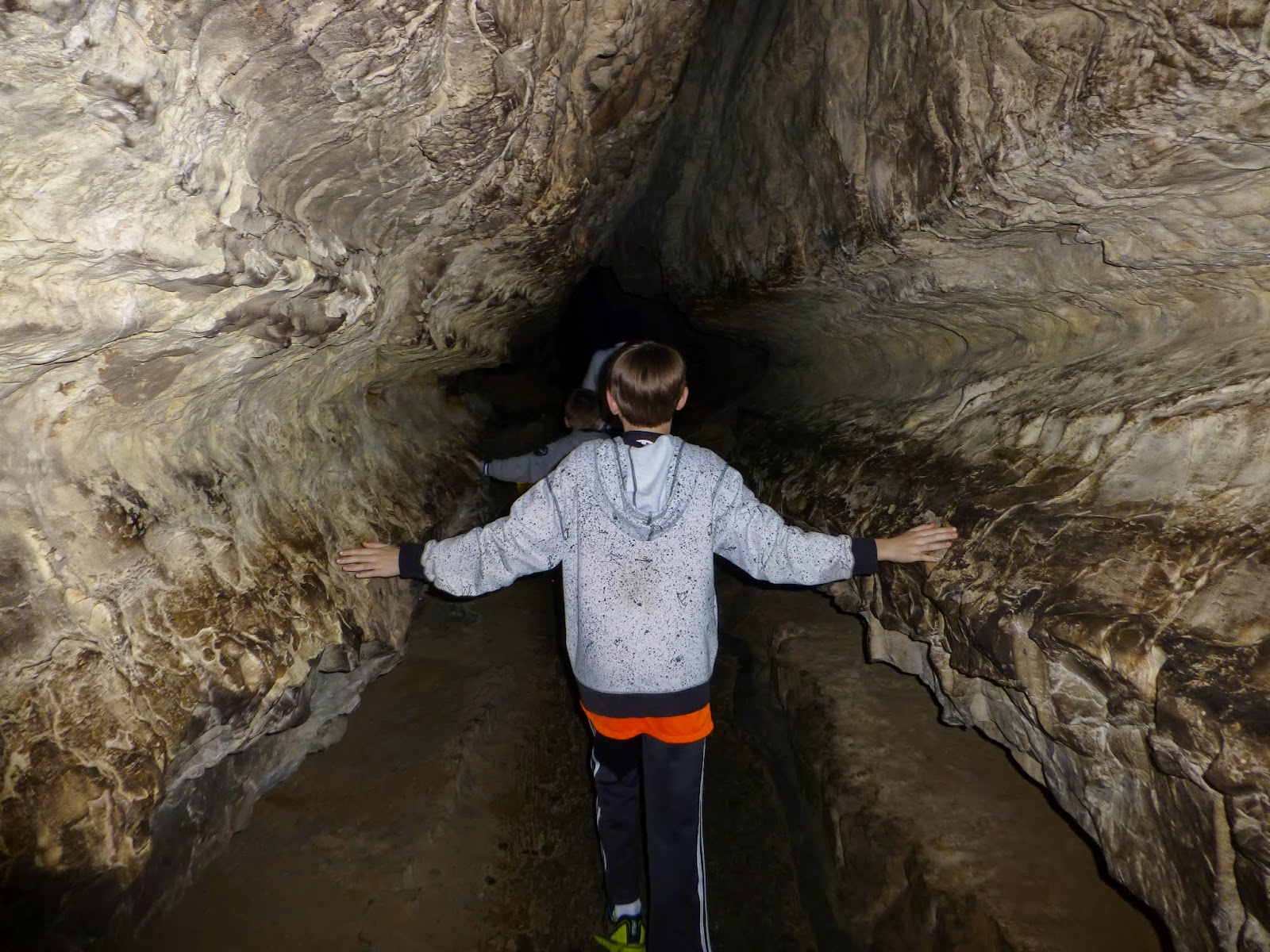 Rock City was our next trip.  It is a short drive away from Ruby Falls.  I would describe it as a fairy tale trail of sorts.  We took a trail to a look out area where you could see seven states from one point.  Along the trail there were fairy tail creatures and scenes.  At one point we went into a cave and saw an entire scene of nursery rhymes in black light.  The kids again liked this little walking tour because they could run and touch things.  They even got to crack open a geode with a hammer! 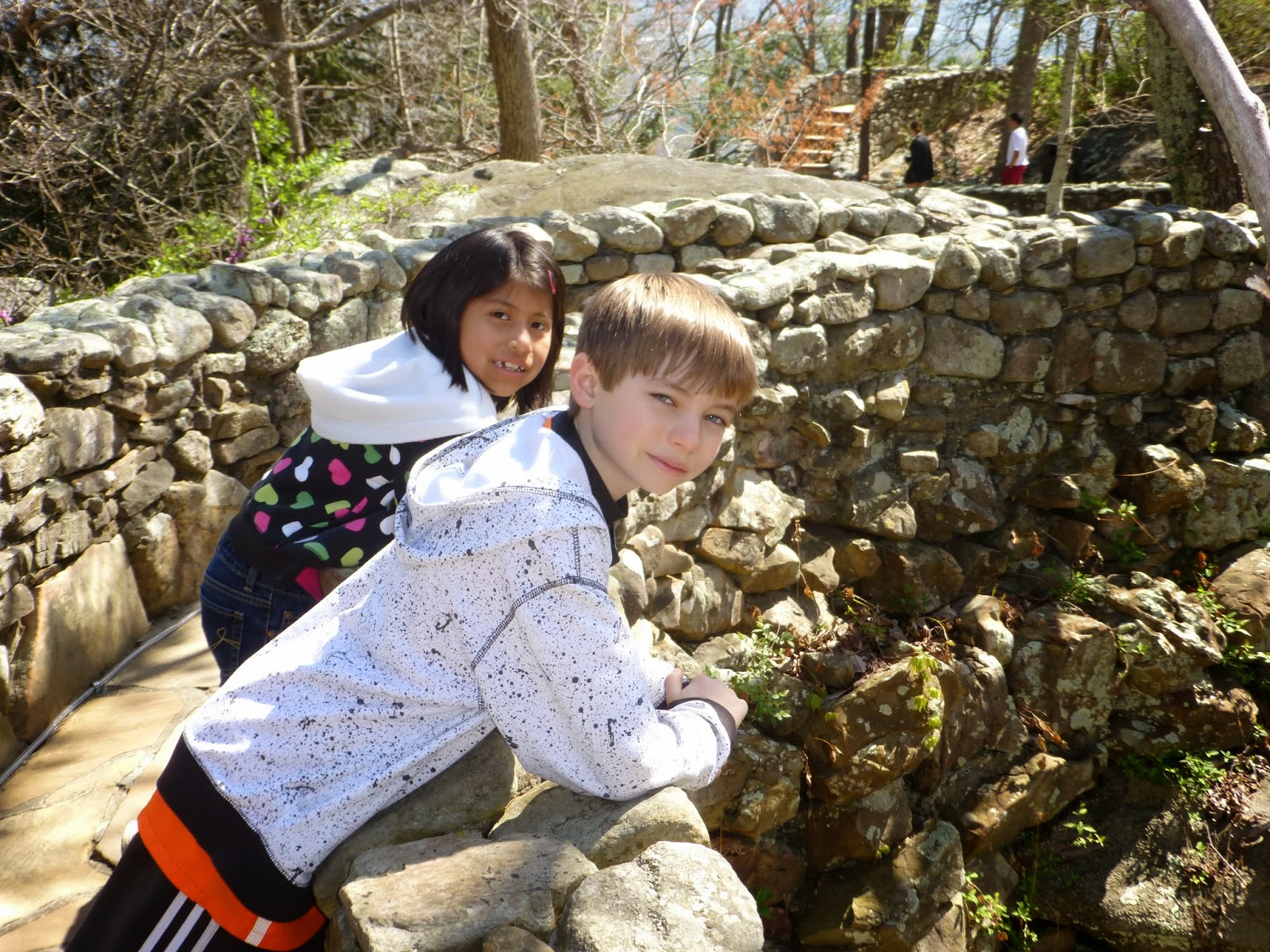 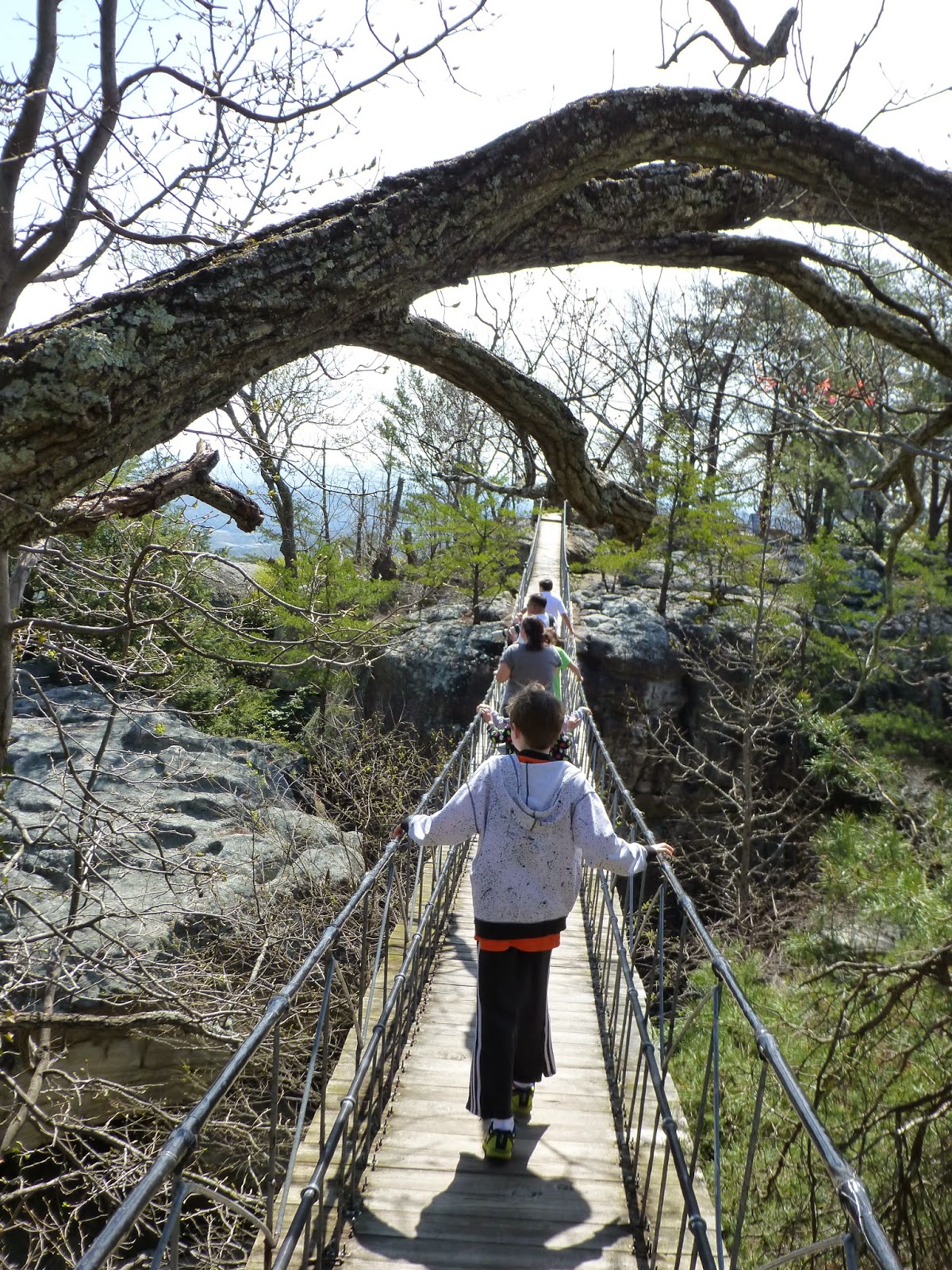 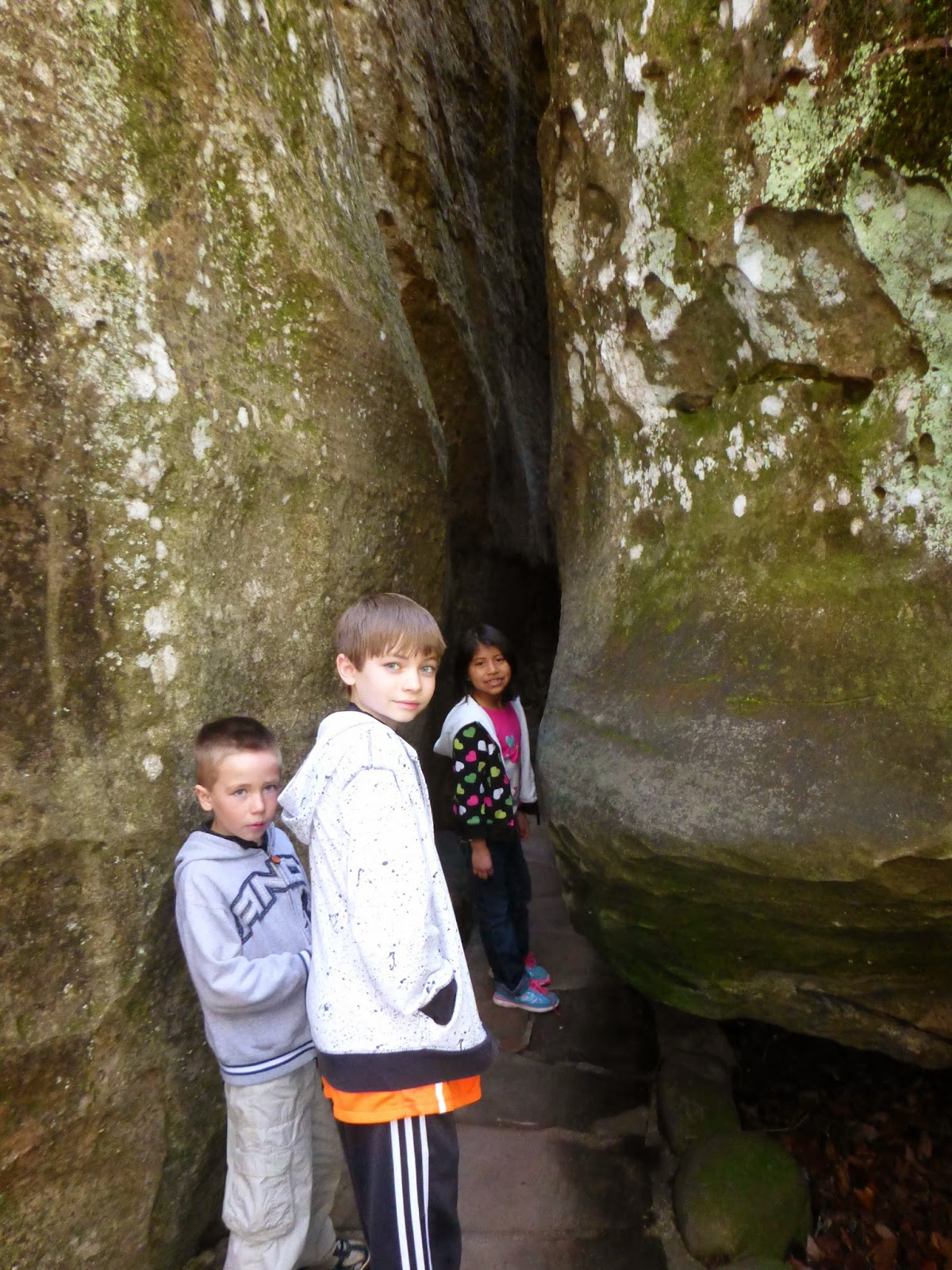 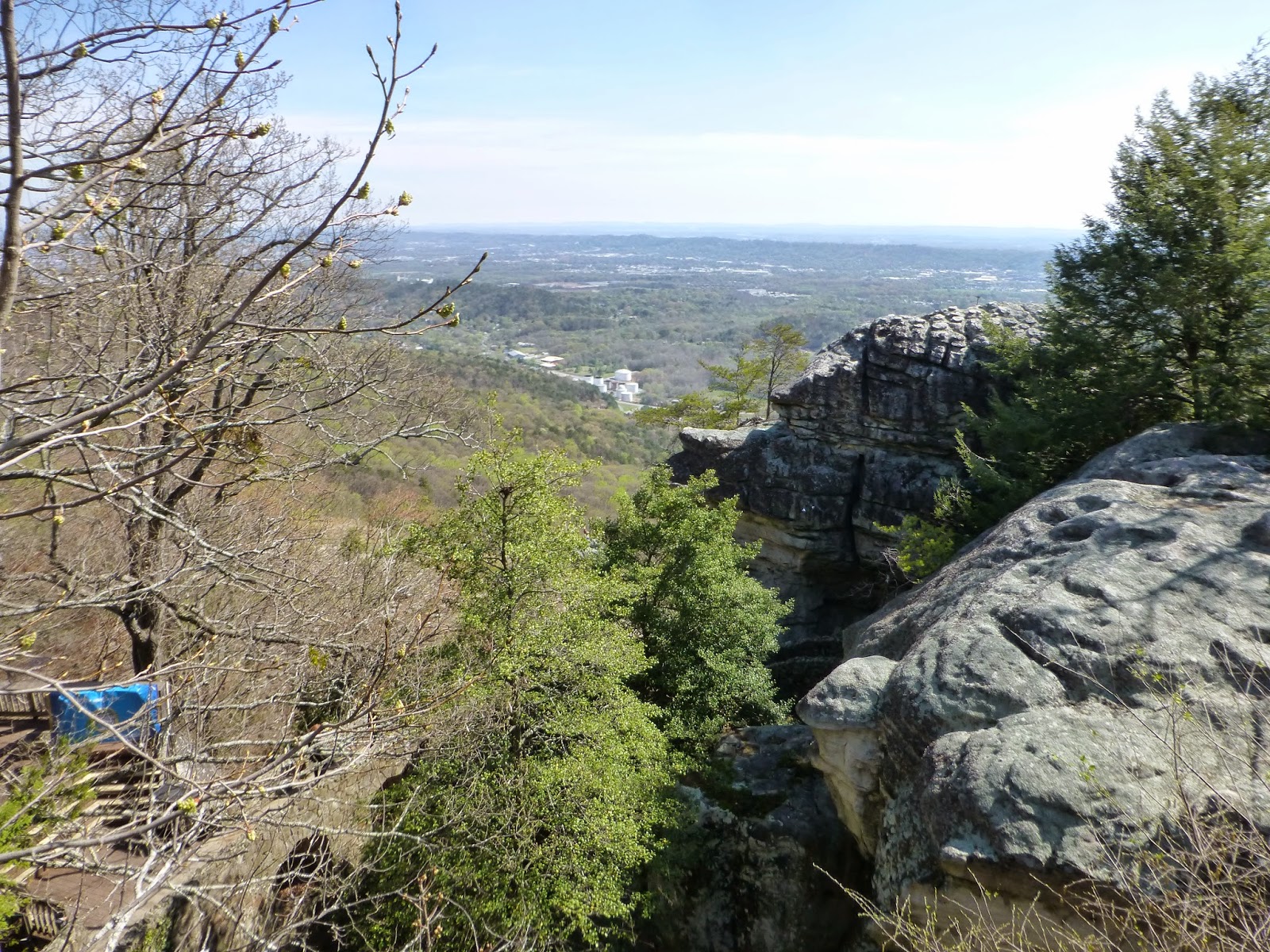 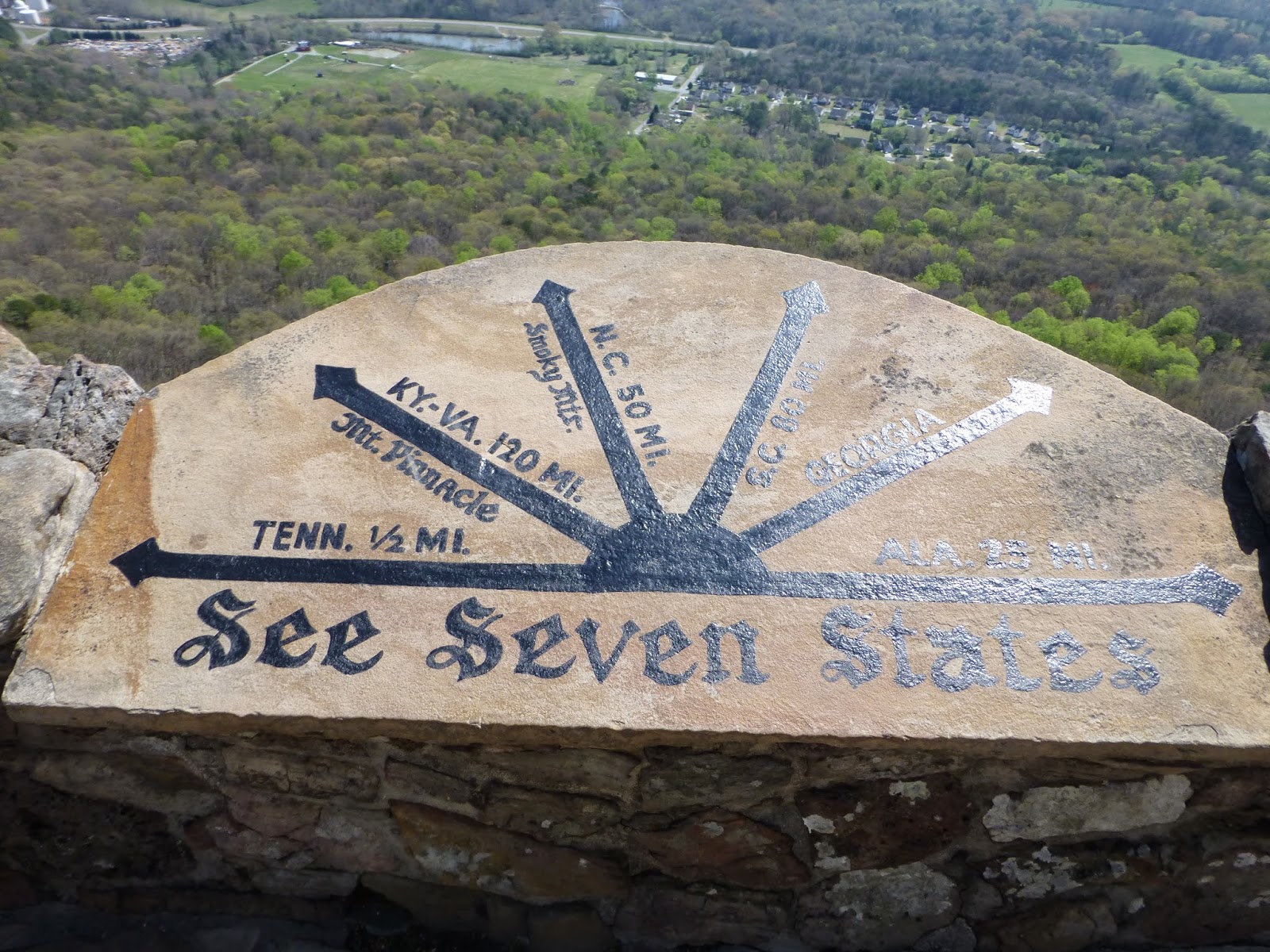 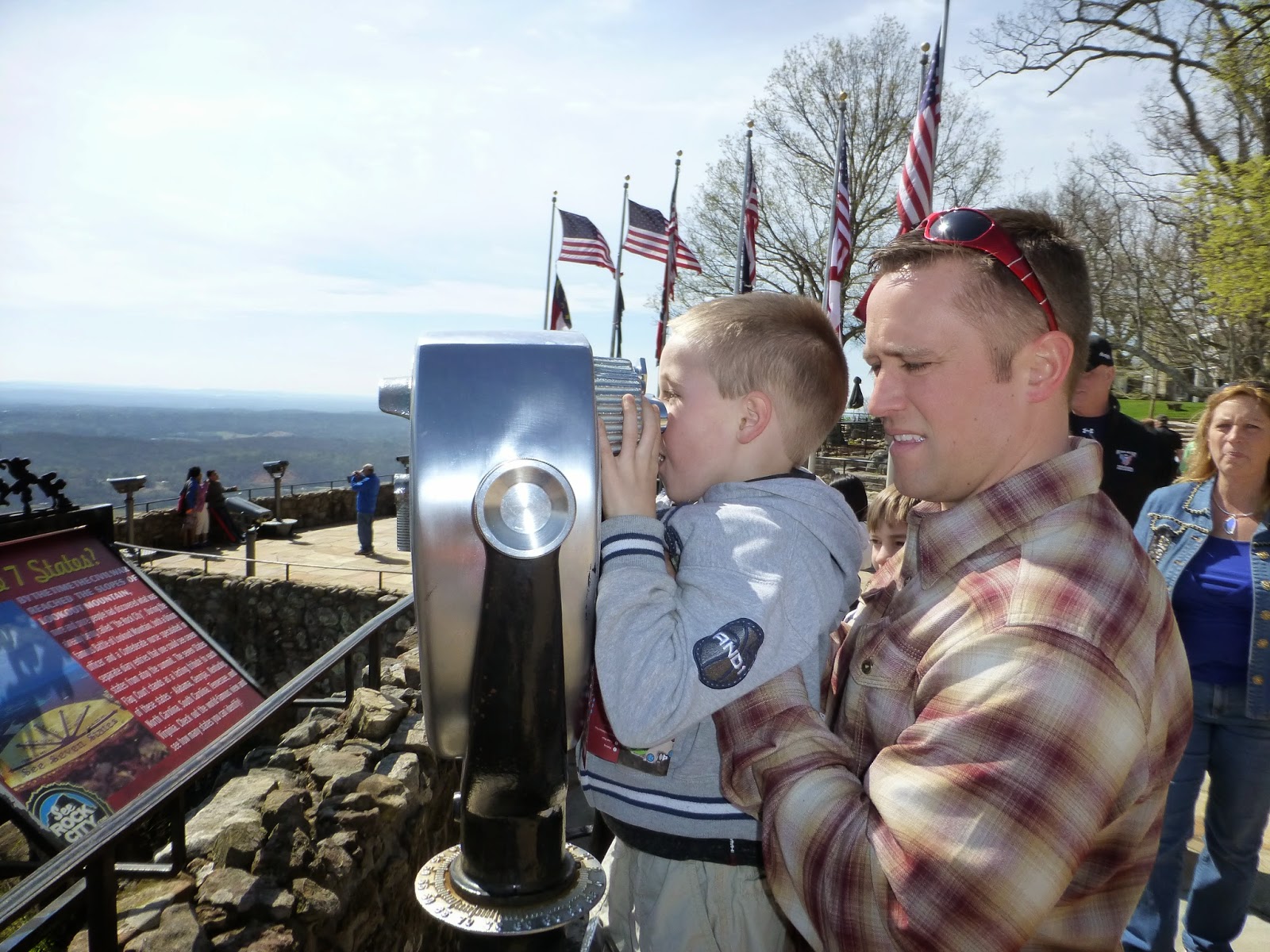 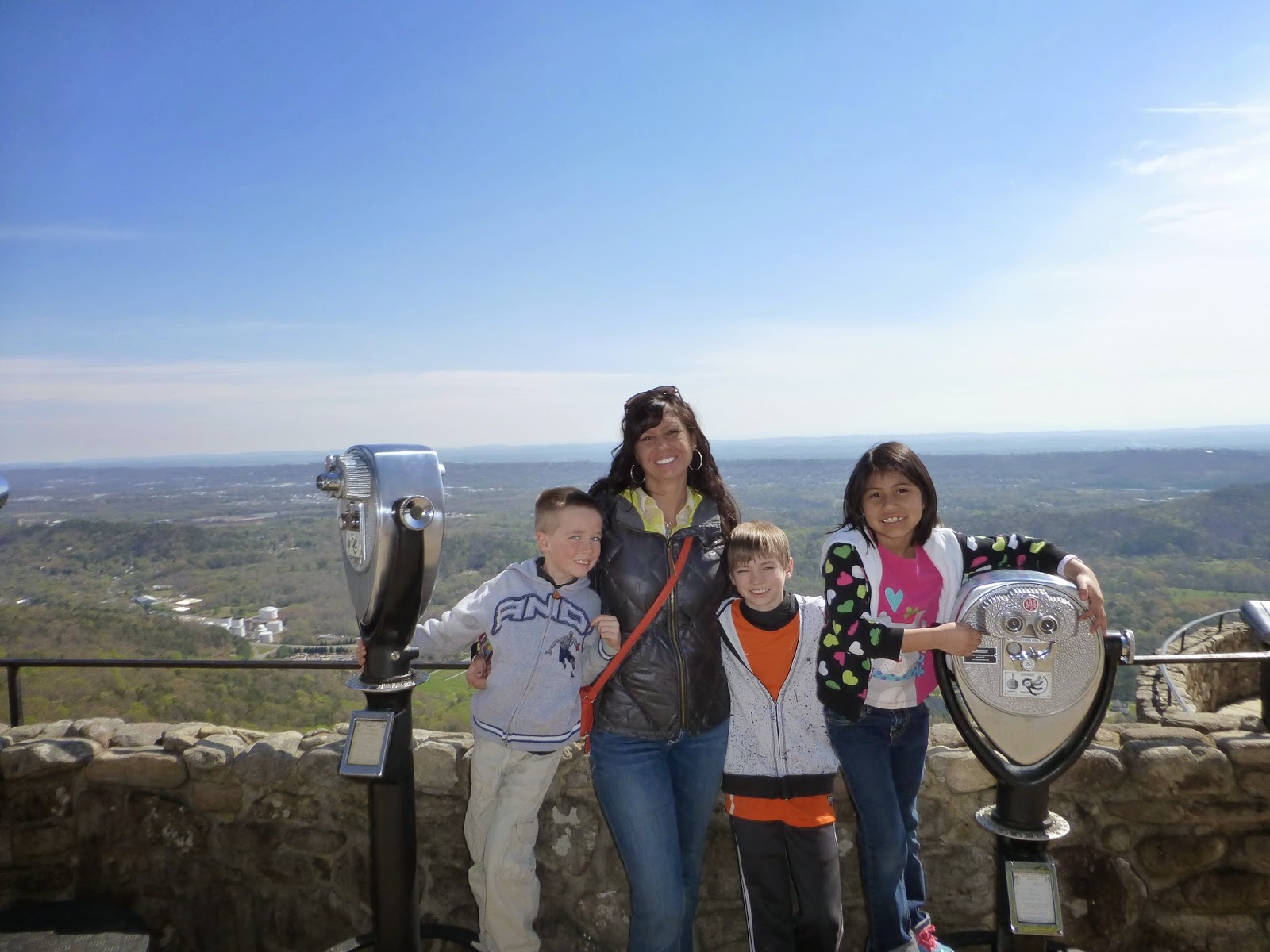 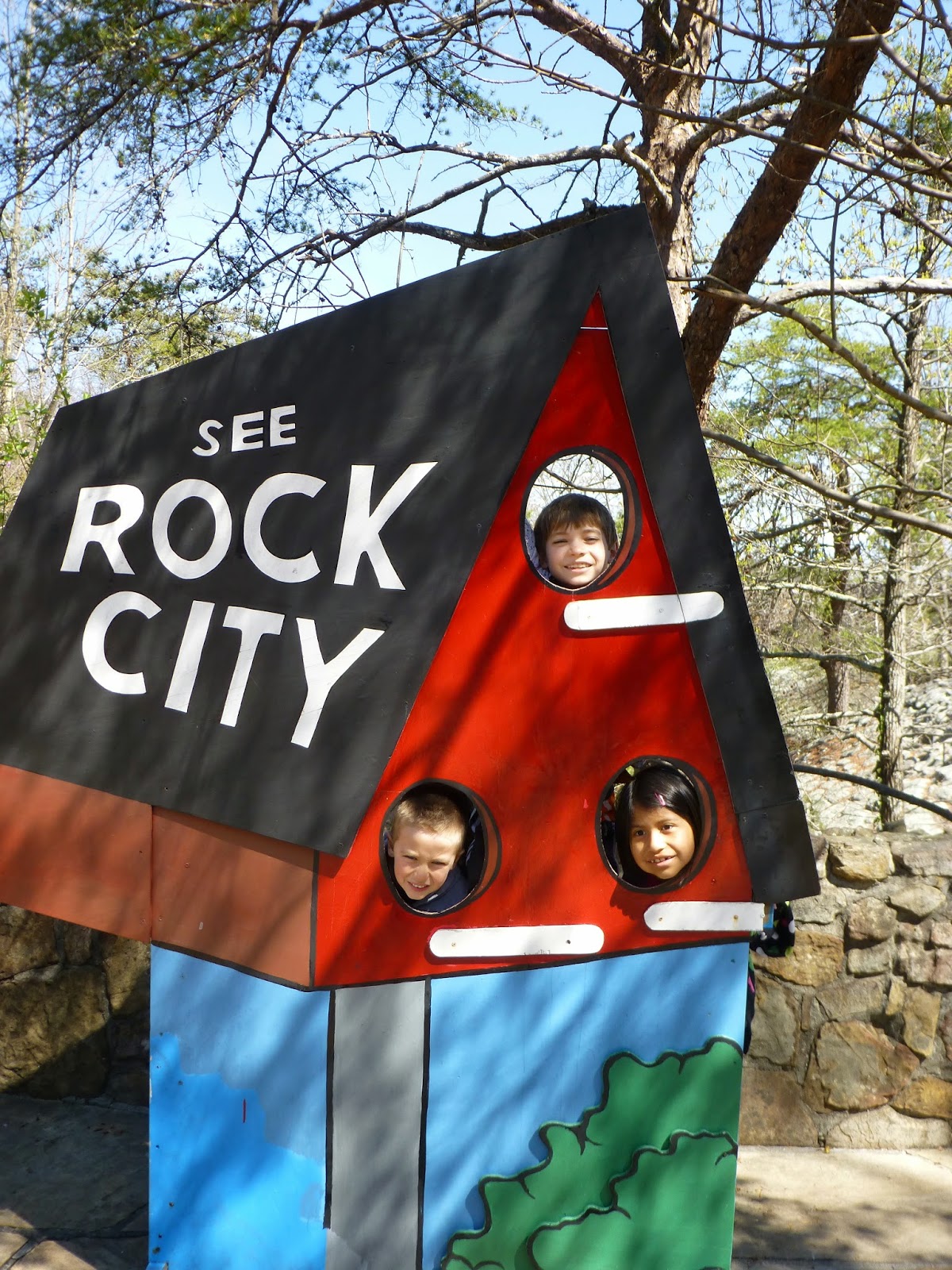 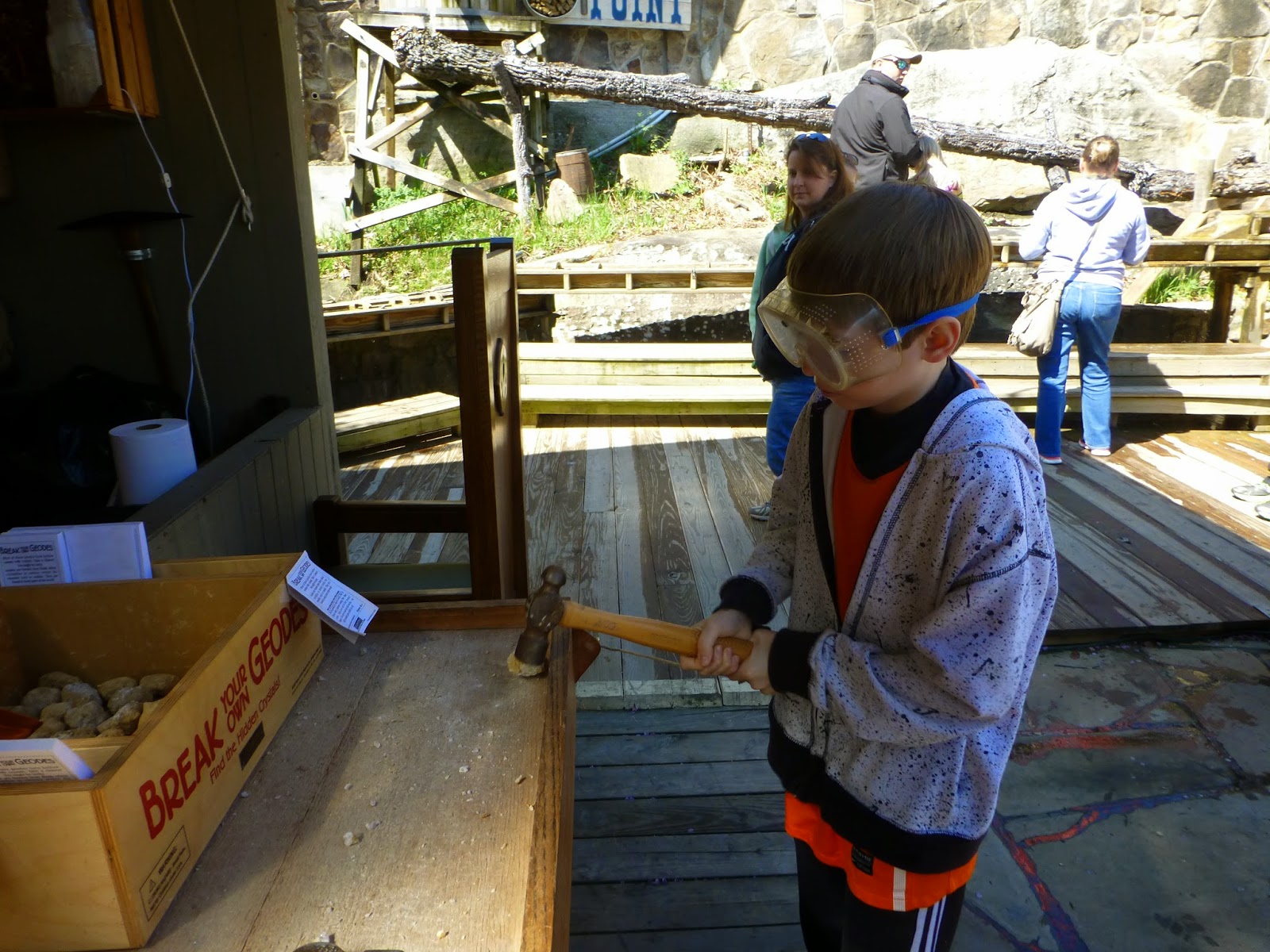 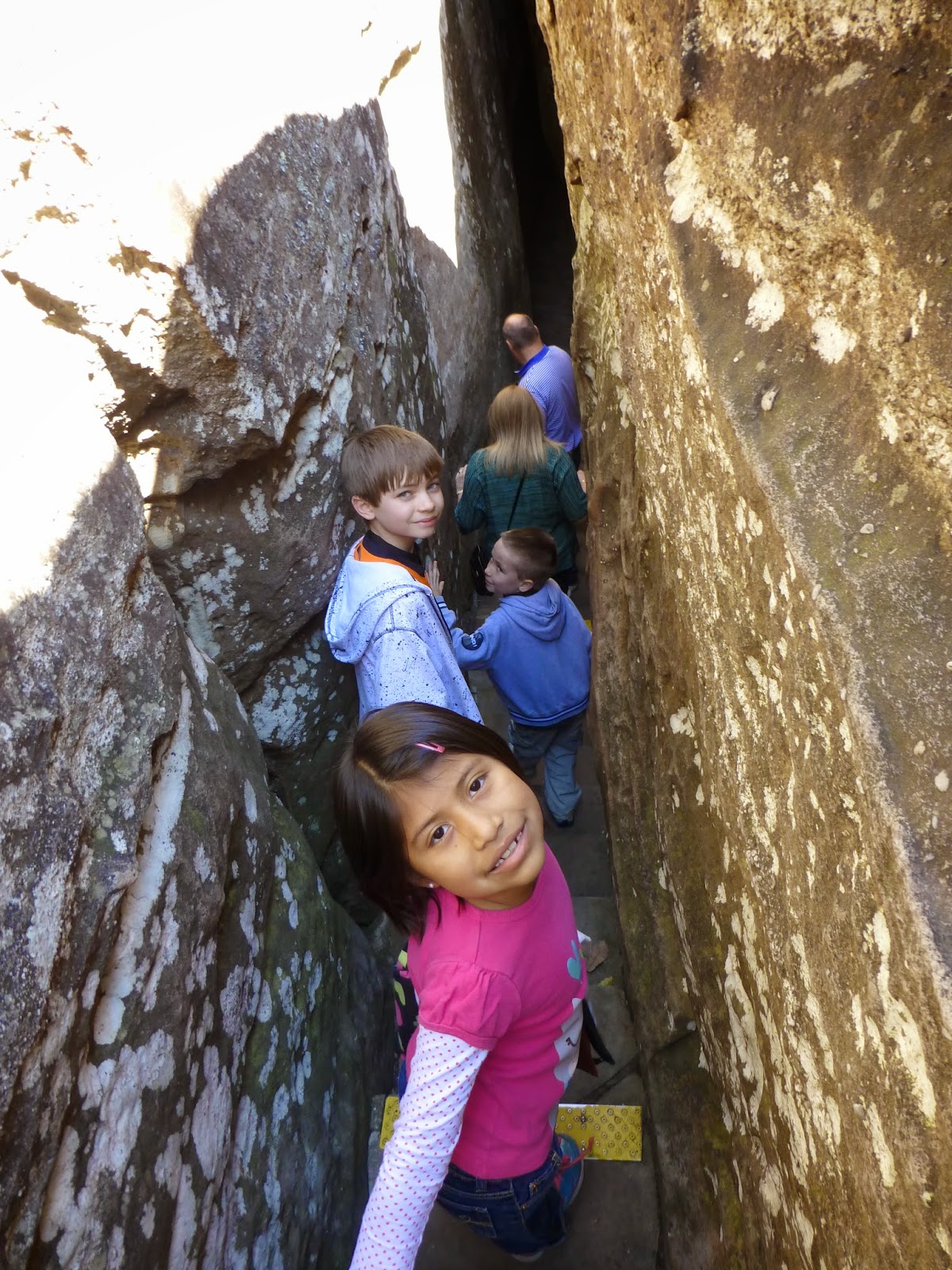 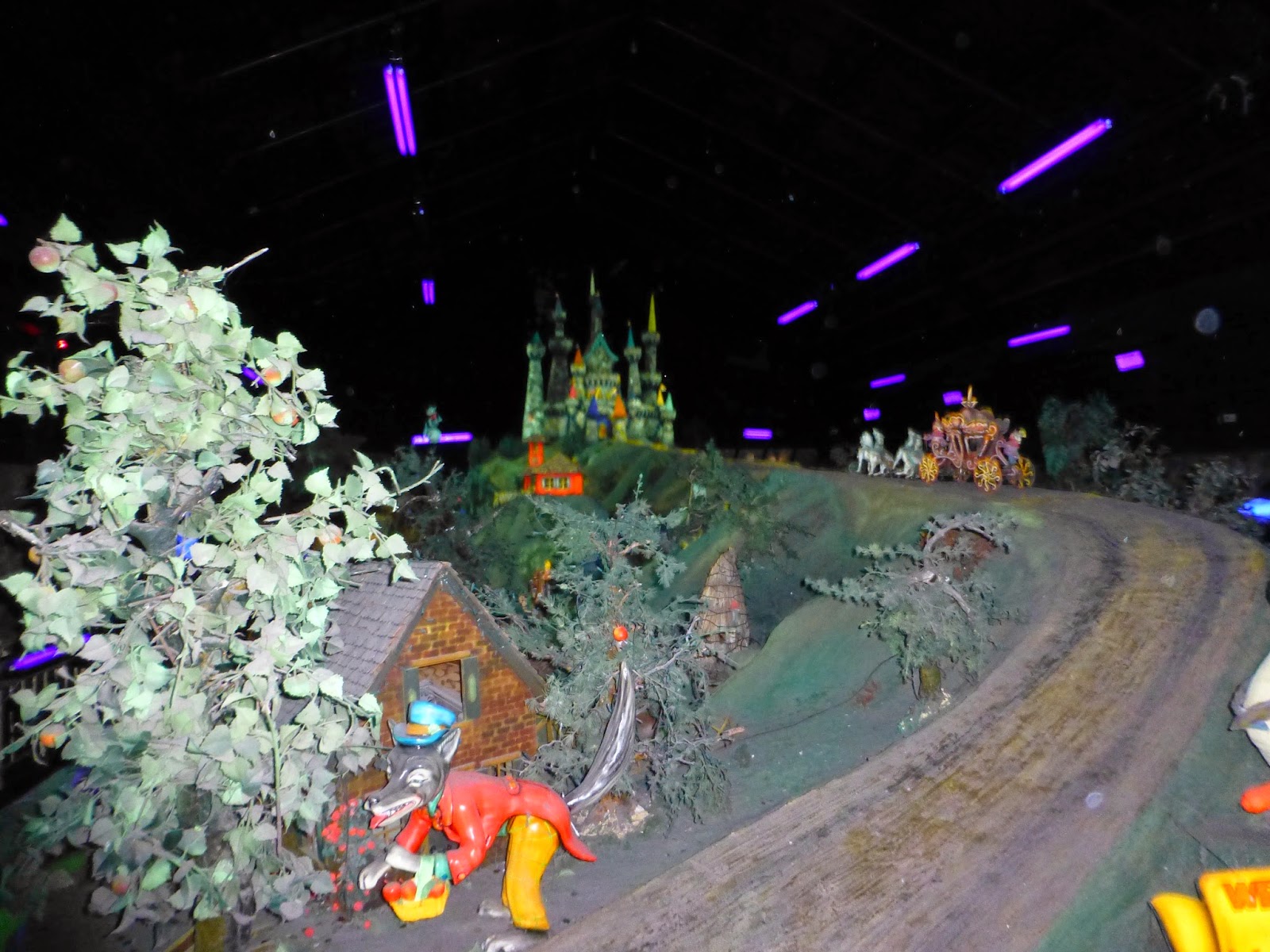 Our next adventure of the day was to visit the incline railway.  We simply rode it from the top of the mountain to the bottom and back up again.  The view was great, but it wasn't all that exciting. 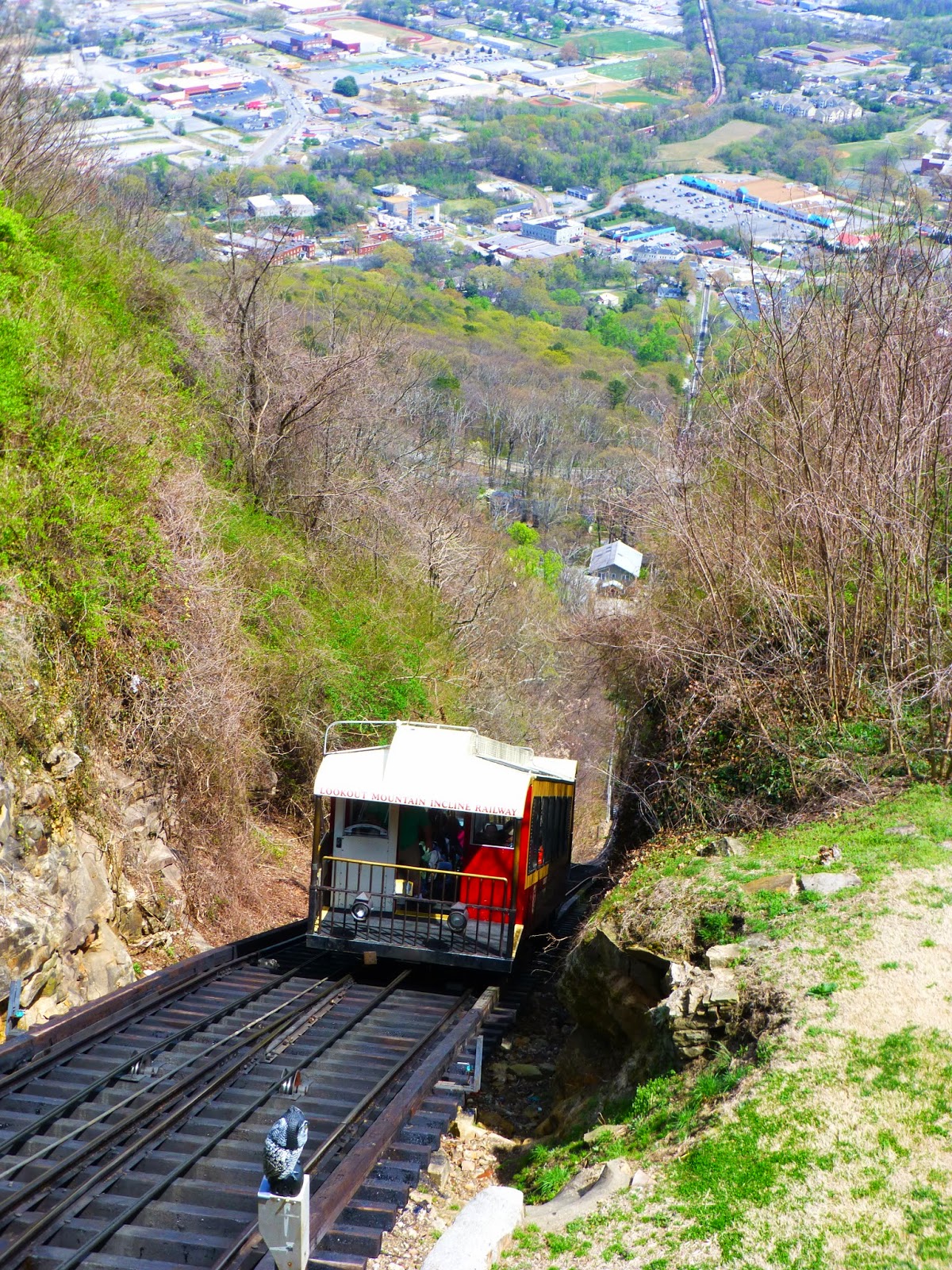 Our final stop before dinner was Racoon Mountain.  It is actually a campground with a cave system under it, go-carts, mini-golf, and gem panning.  We chose to do the gem panning and the kids LOVED it!  They gave us a huge bucket and the kids had to let water run through their strainer to pick out the gems.  Super fun! 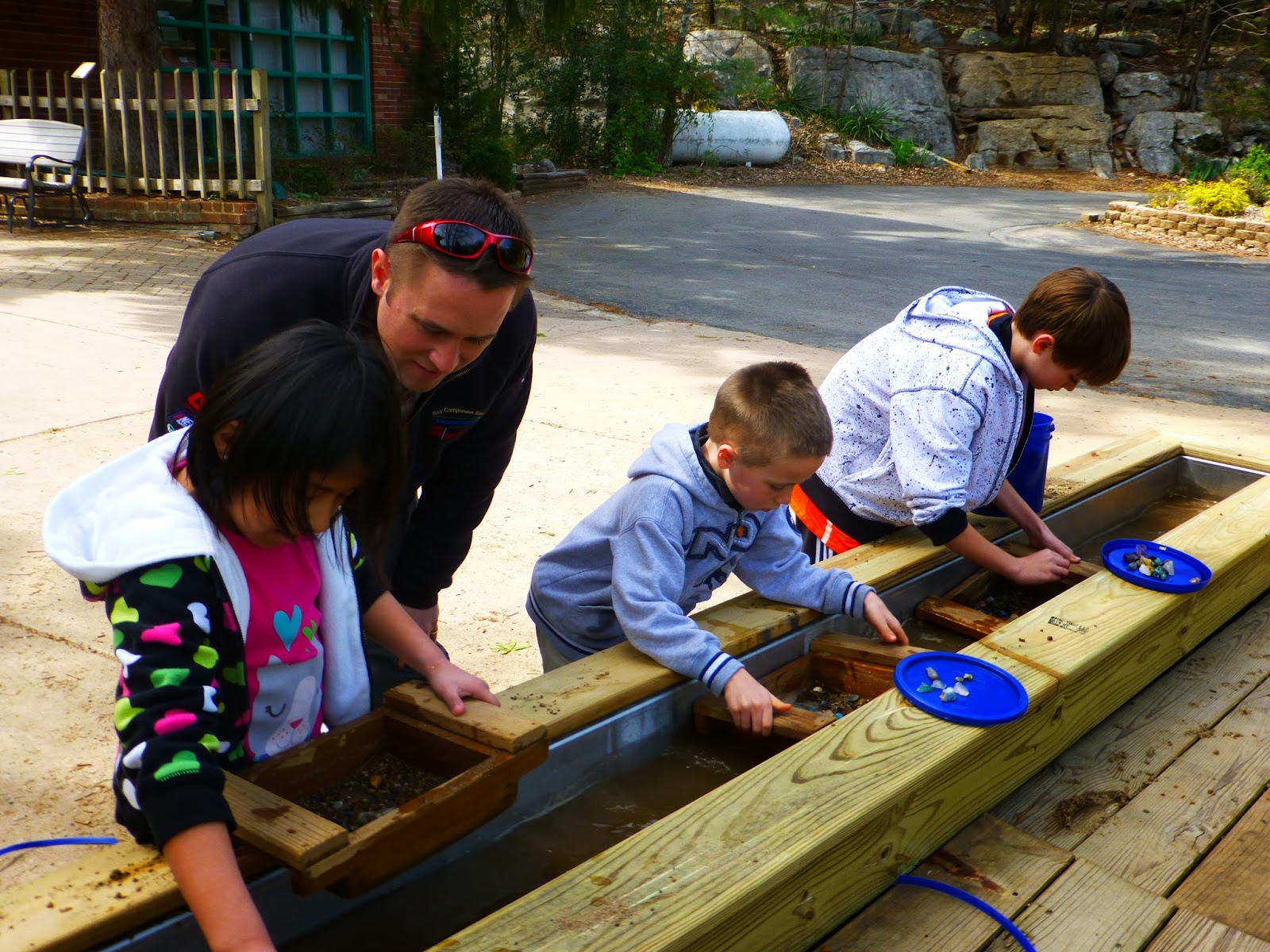 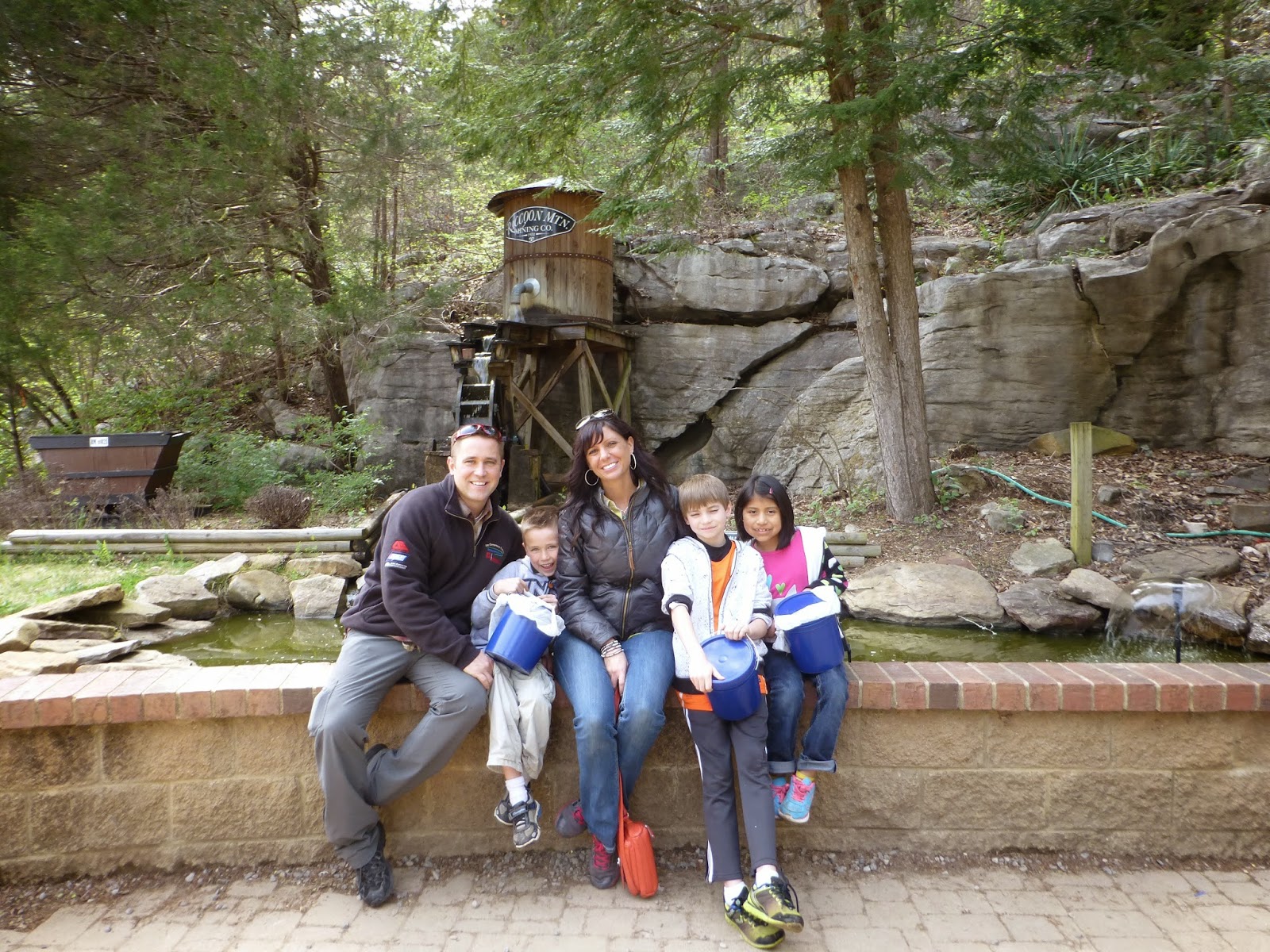 We ended the night with going to a restaurant at the hotel where the staff takes turns to sing to the patrons.  It was fun to watch our waitress belt out some tunes.  I would have liked it even more if they would have sang to the tables to take your orders!