June 22, 2014
This year we were fortunate enough to take the children and go out east for a week long vacation.

Sometimes I wonder if the trip itself is as good as my excitement is about planning it.  I jump in with both feet and just go to town!  I always type up an itinerary with addresses and phone numbers and time to travel to the location.  I am a planner and I love it!  The only thing I didn't love about planning this trip was that we had a foster child at the time who couldn't go with us.  She had to be left behind so I had to plan for that as well and I would have much rathered plan for her to go!

Our first big adventure started first thing with having flights cancelled and being rerouted.  Thank goodness for electronics and outlets in the airport to charge things up!  Unfortunately, we spent the entire day flying and didn't have any play time in our new location of Falmouth, MA. 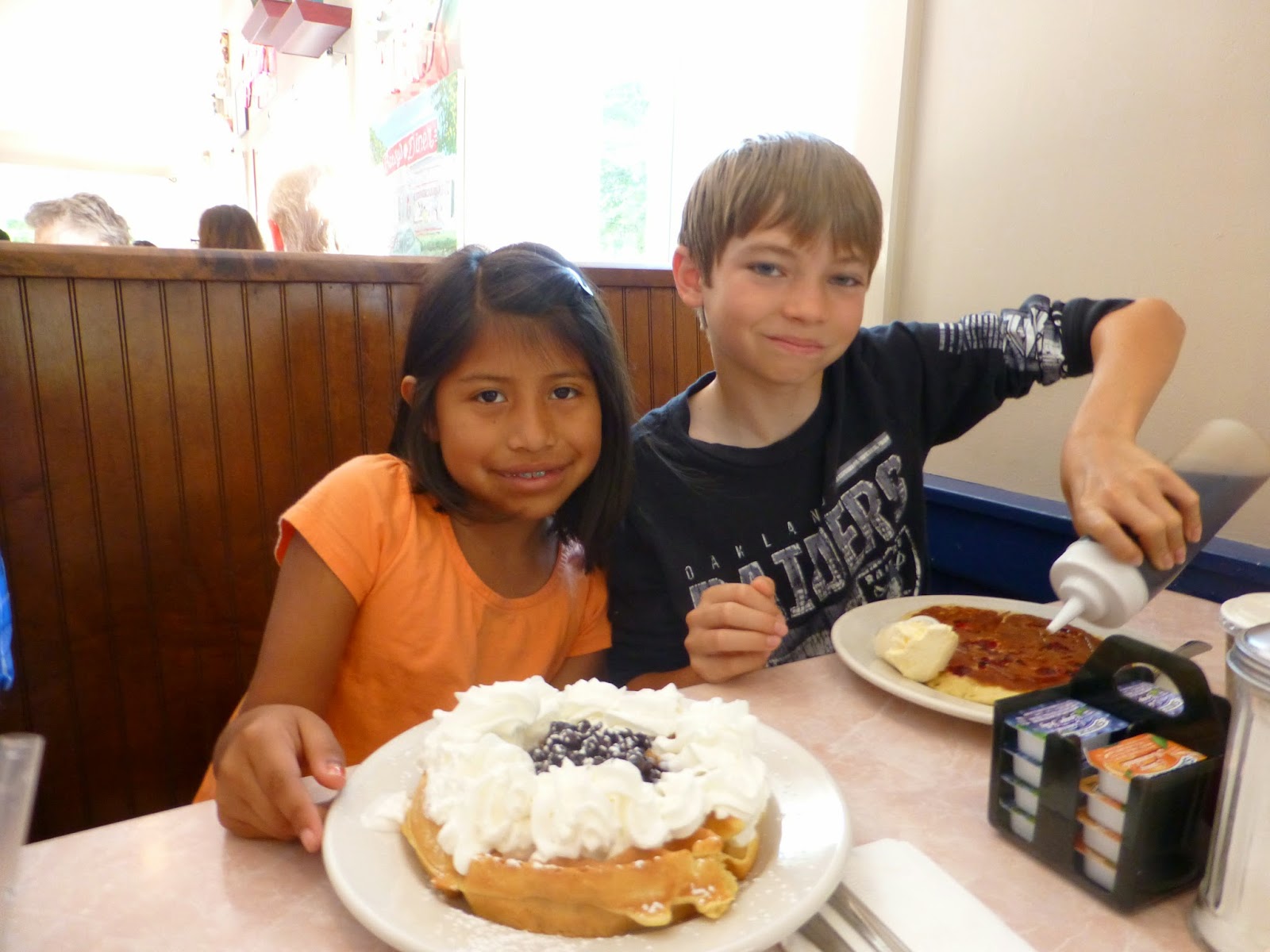 The next day, however, was a different story.  I take for granted that our entire family are morning people!  The sun comes up and Tyce is our rooster letting everyone know that if the sun is up then everyone else should be too!  Getting an early start was a good plan though!  We drove into Plymouth where we saw the Plymouth Rock and Mayflower II.  Our children were more interested in the dead crabs along the sea shore then the rich history of the area, but I feel like I did my job at least giving them some exposure to it and a visual to connect to the Thanksgiving story they hear each year. 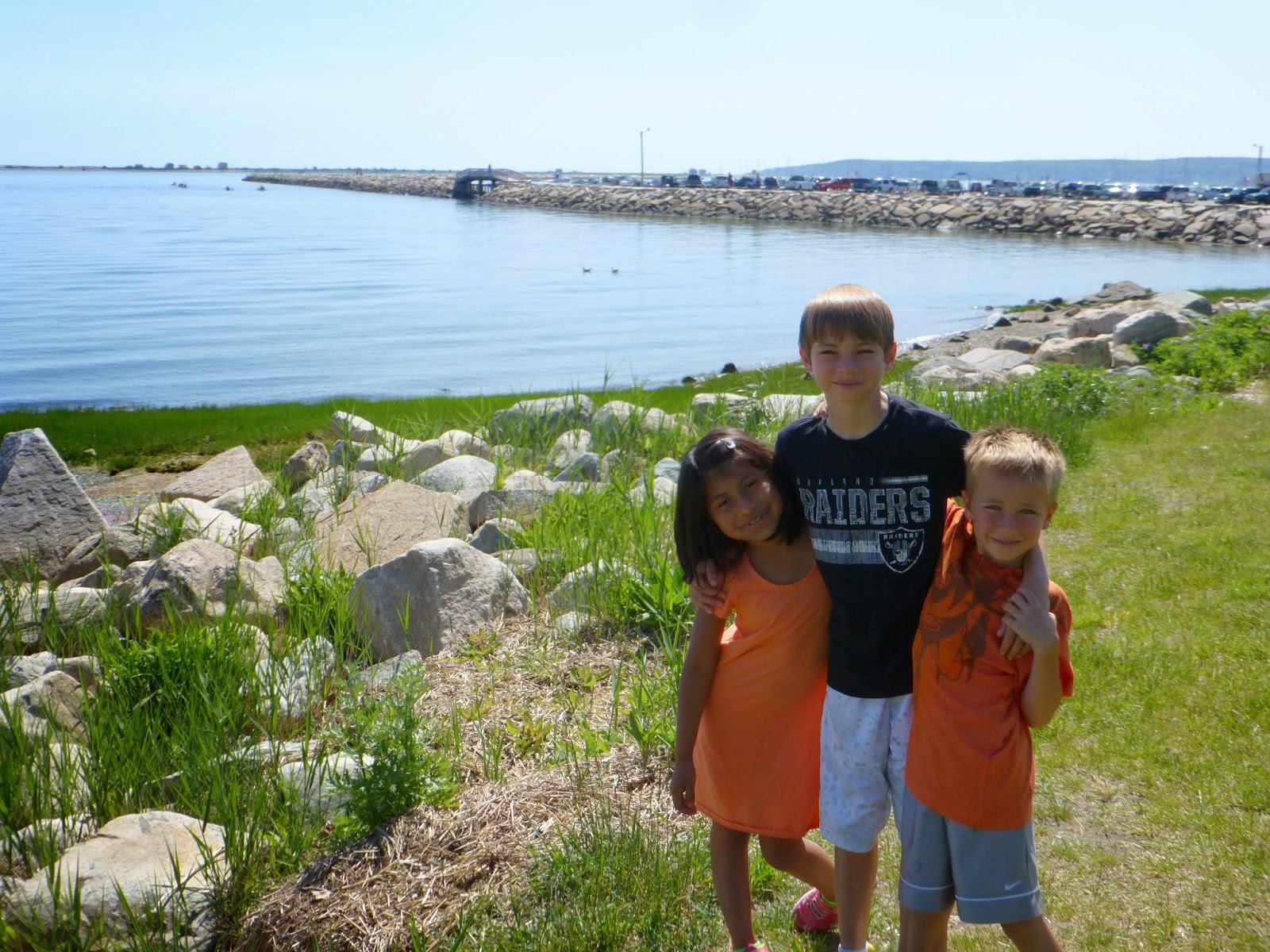 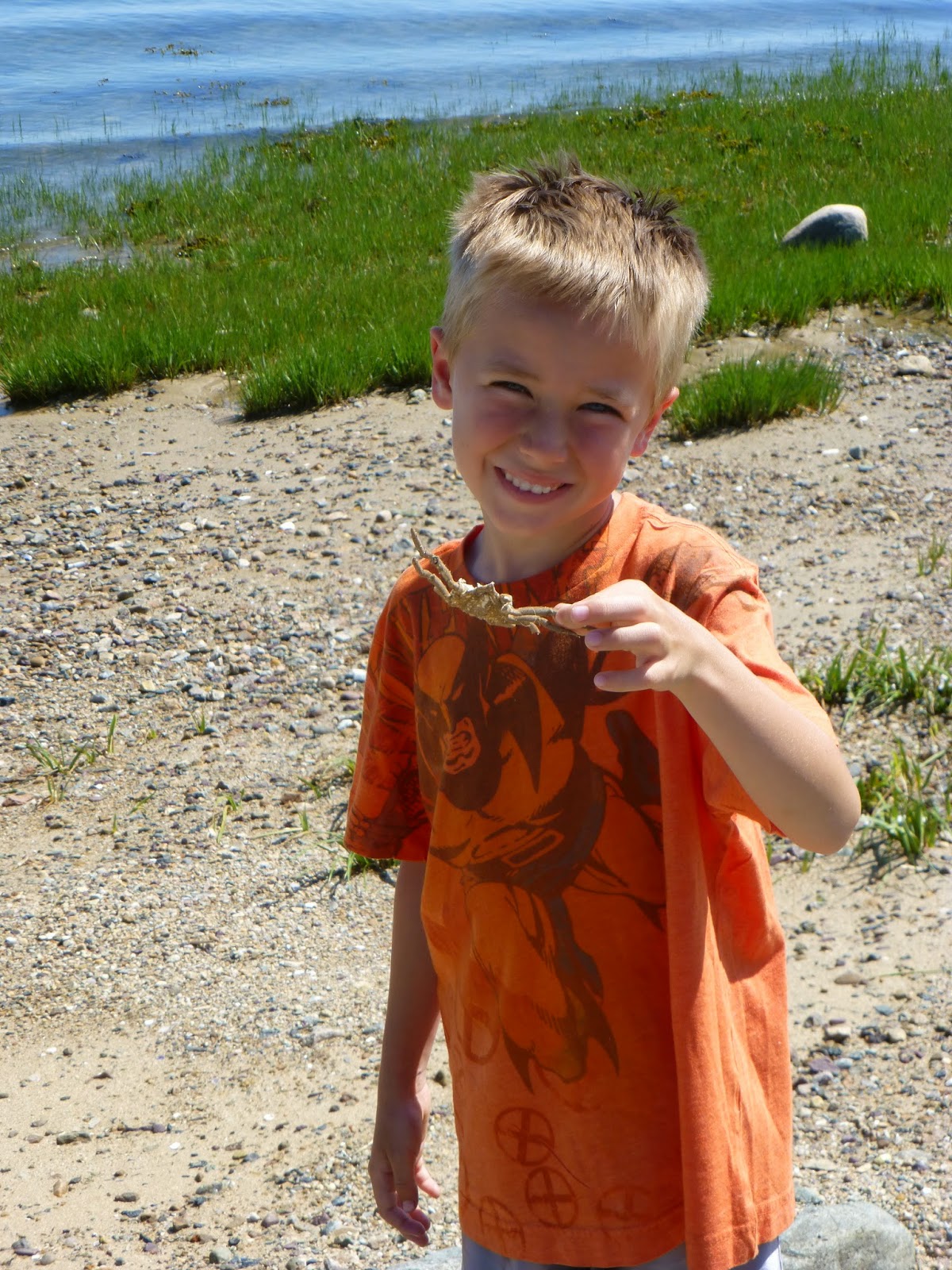 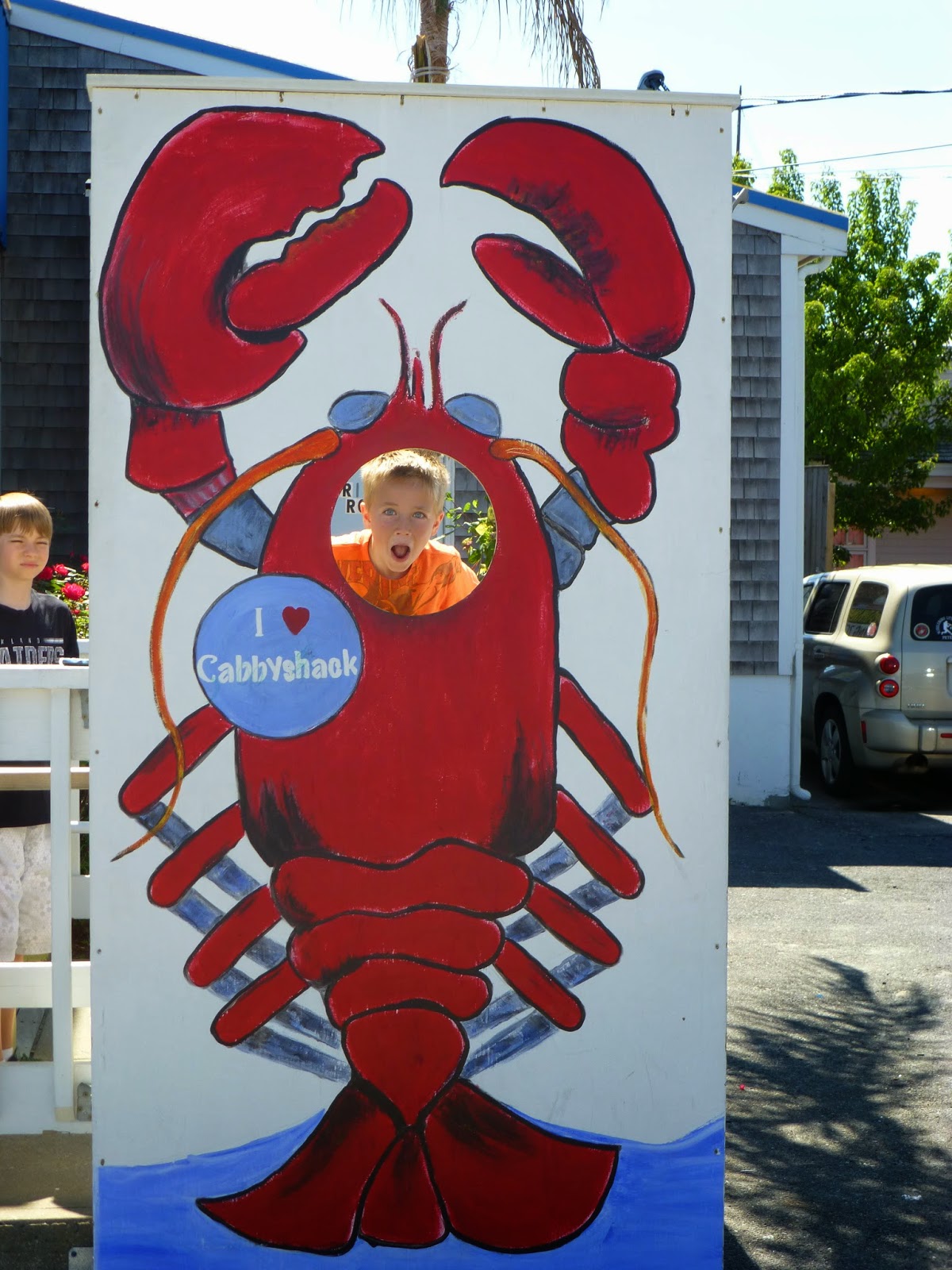 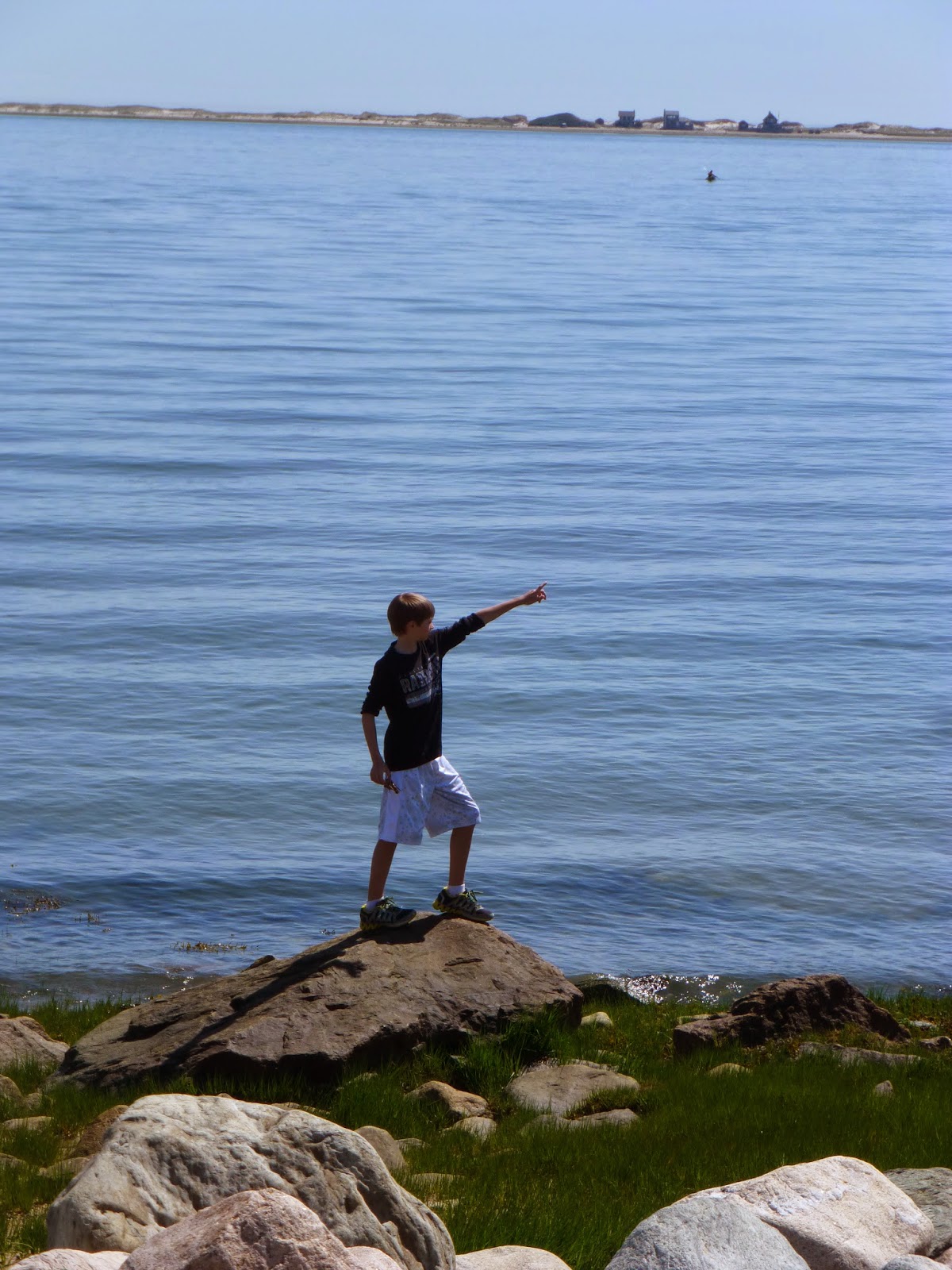 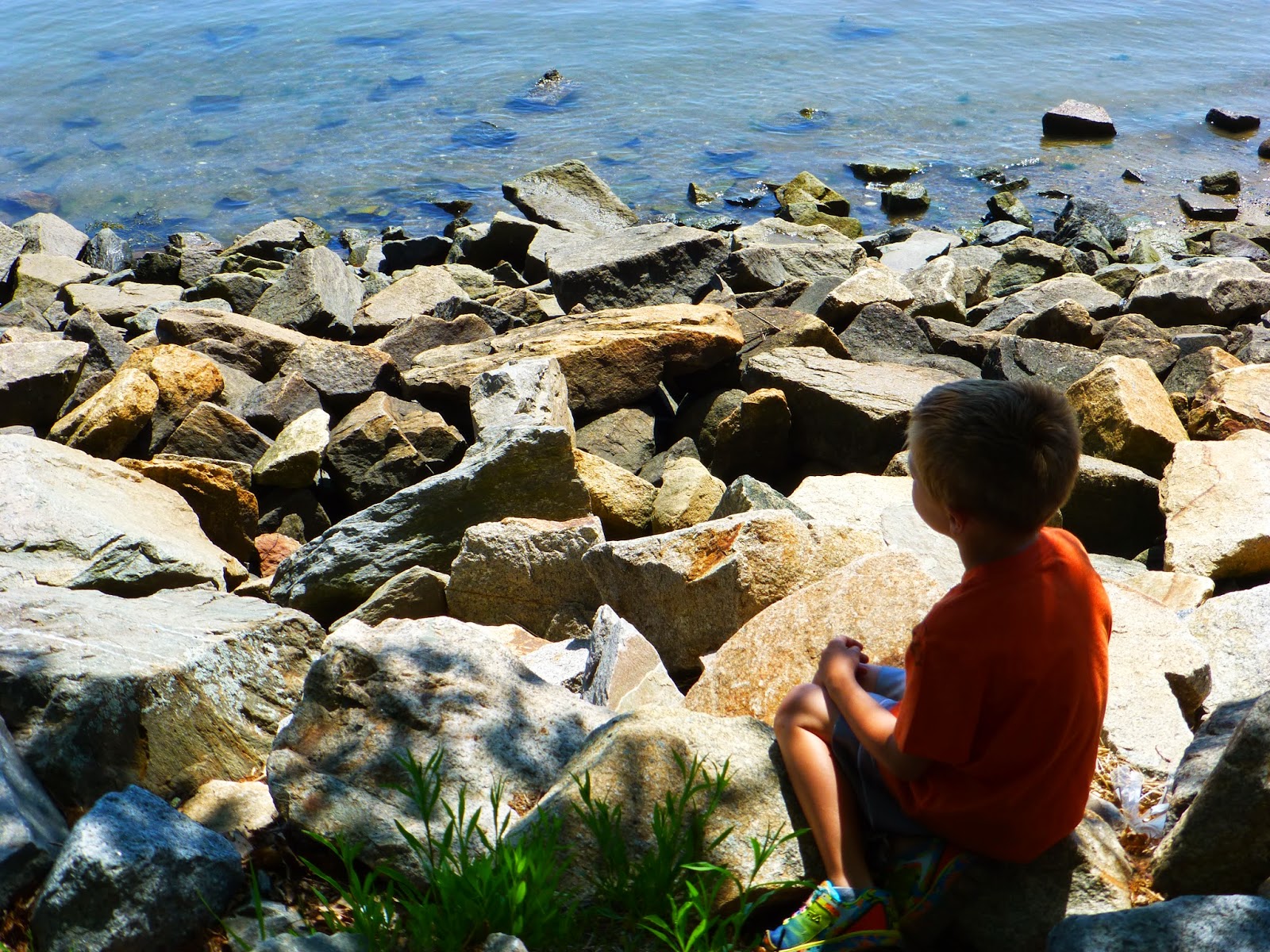 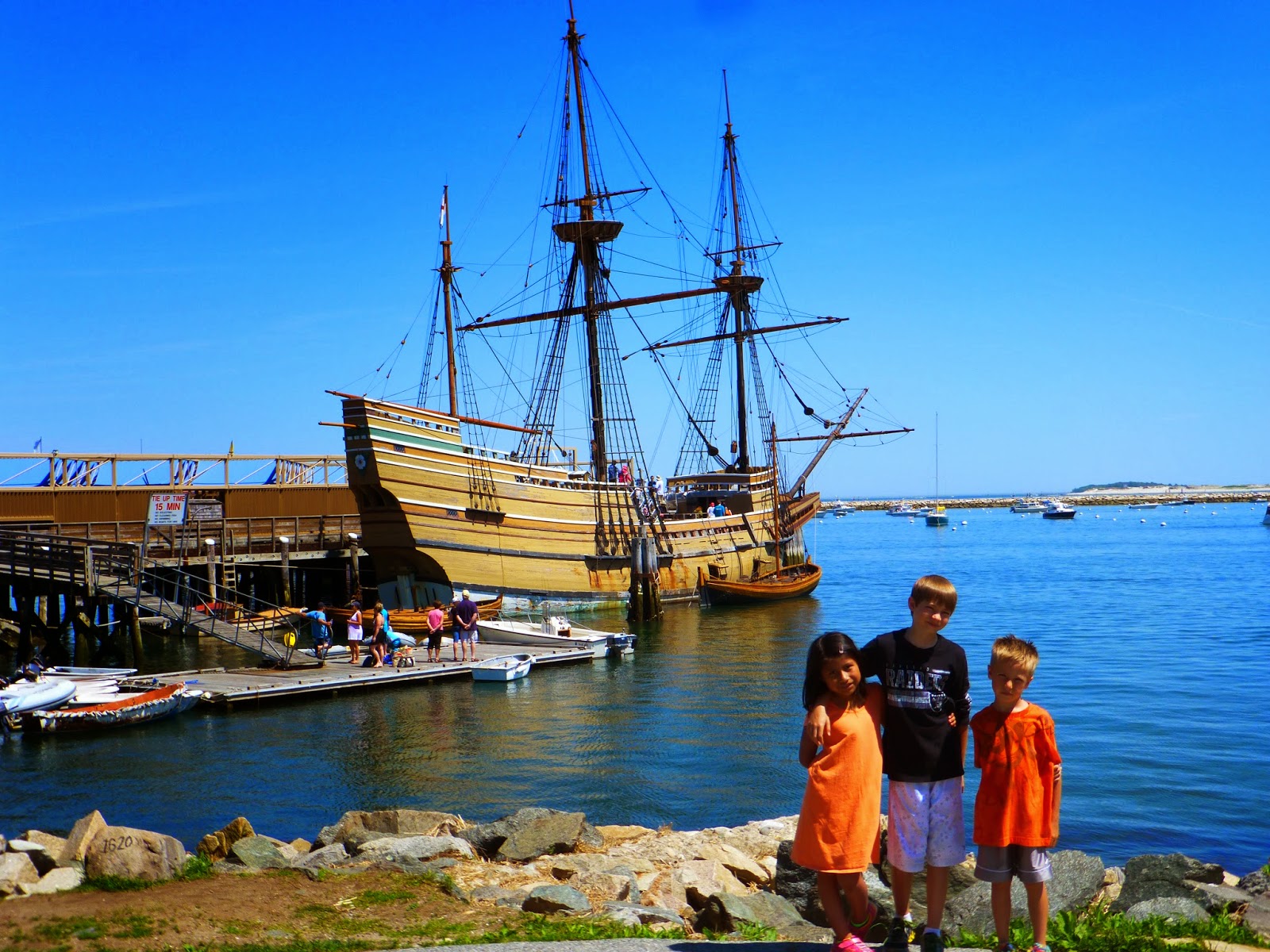 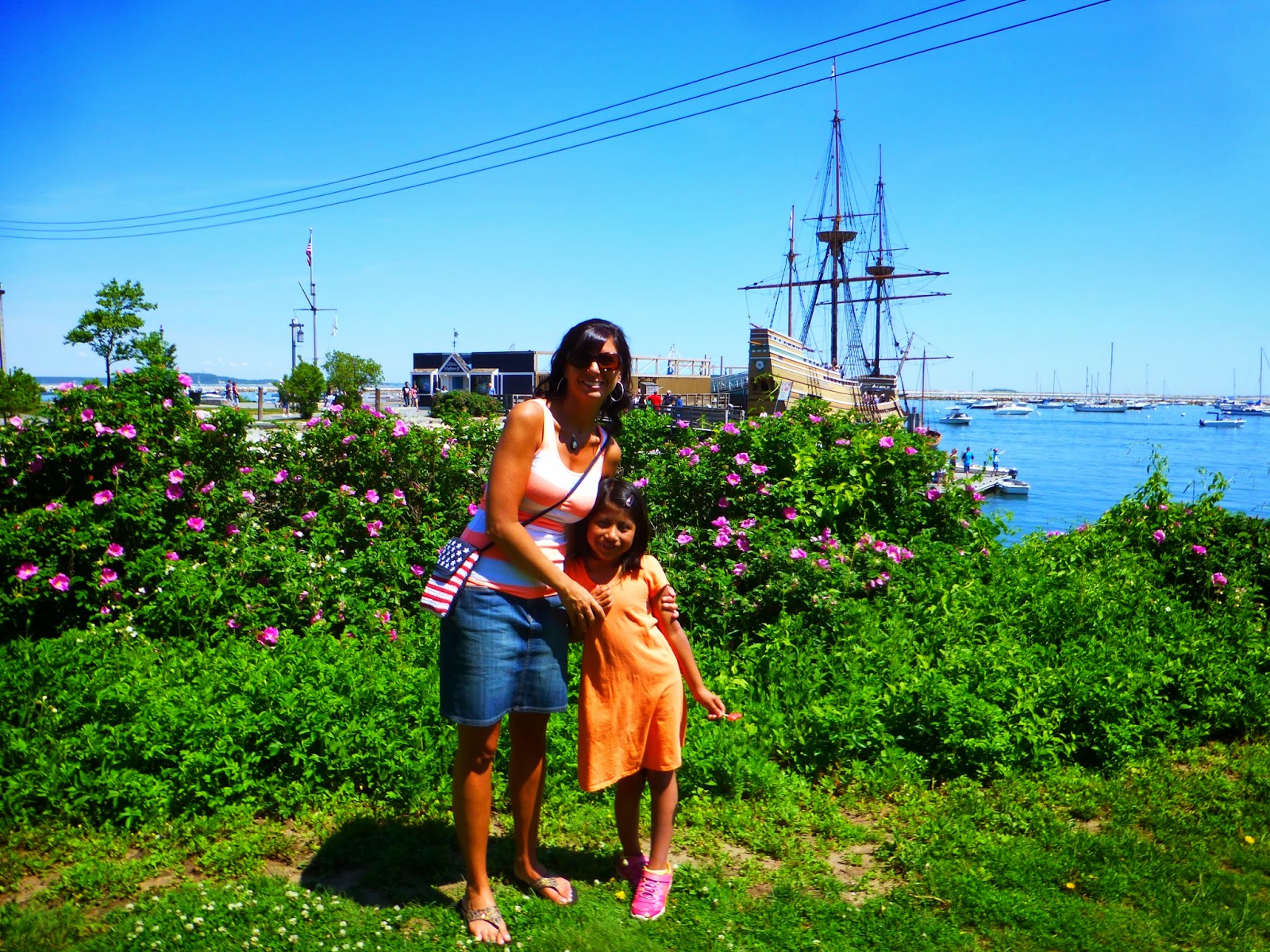 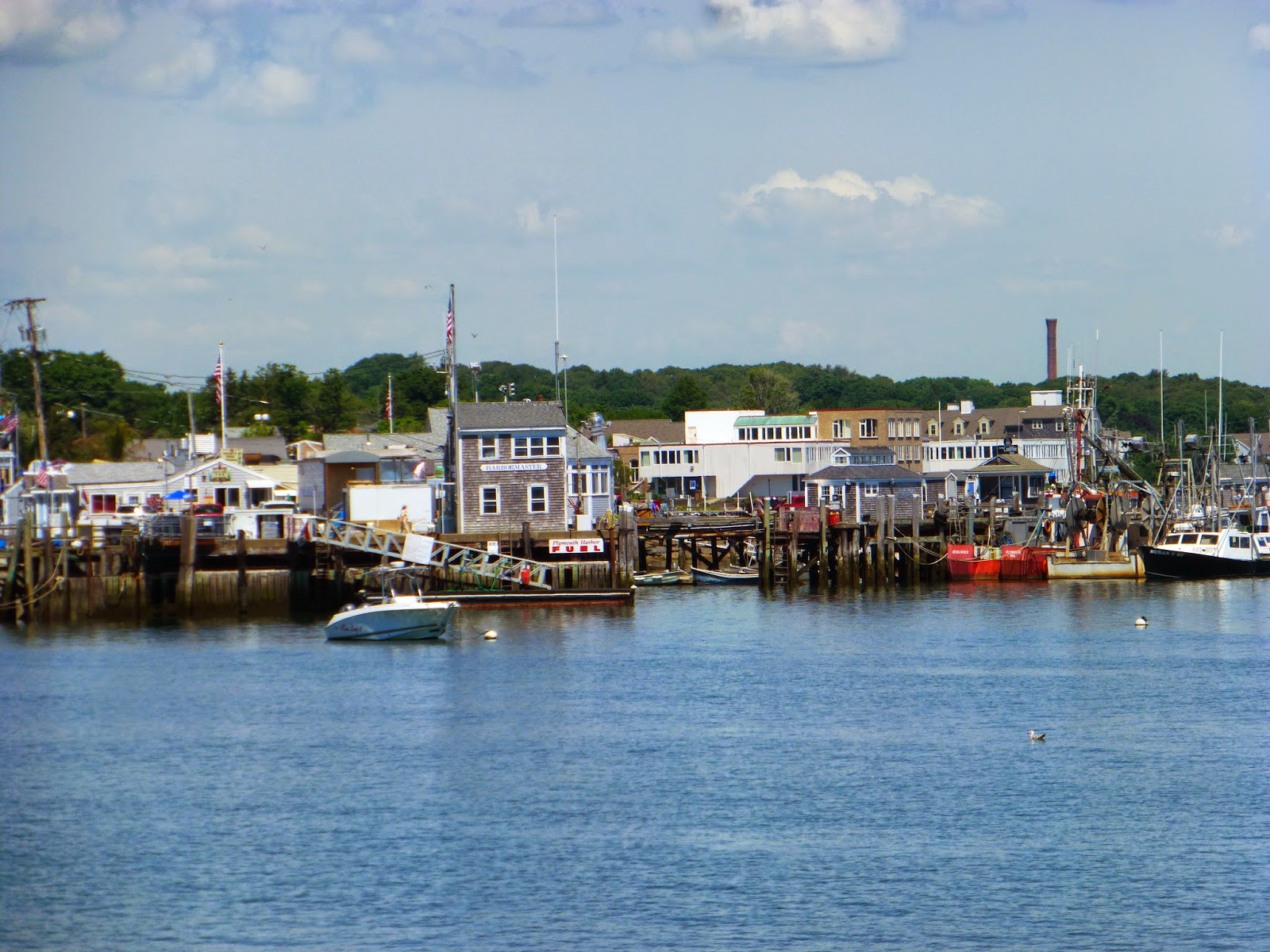 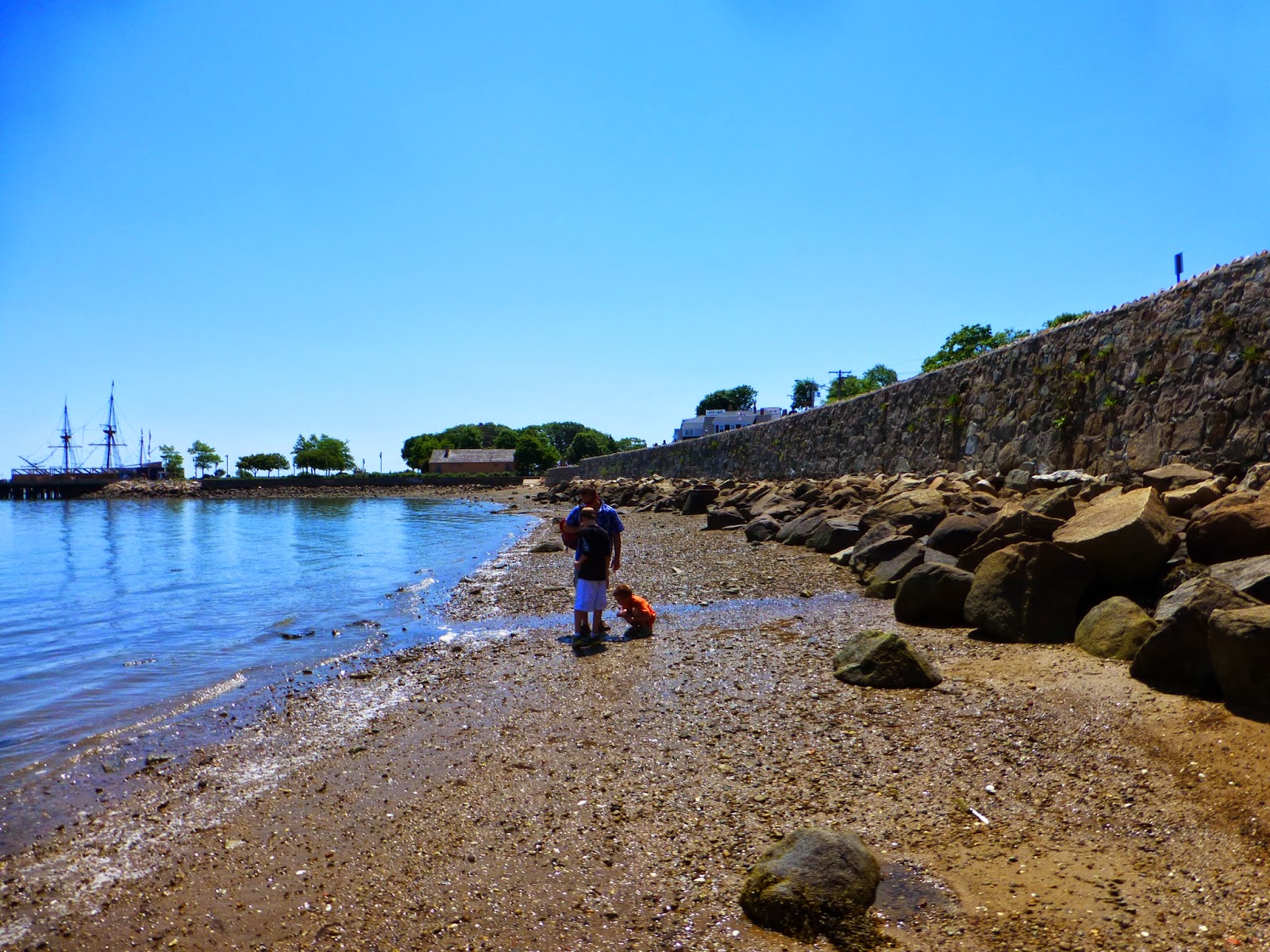 After a bit of exploring we boarded Lobster Tales, a boat cruise that goes out of Plymouth.  We had booked a pirate cruise and walked the plank to the boat (which was more like a pontoon then a pirate ship) with tattoos, scars, mustaches, and pirate hats of course!  The day was sunny and gorgeous and the crew was ready to get us going! 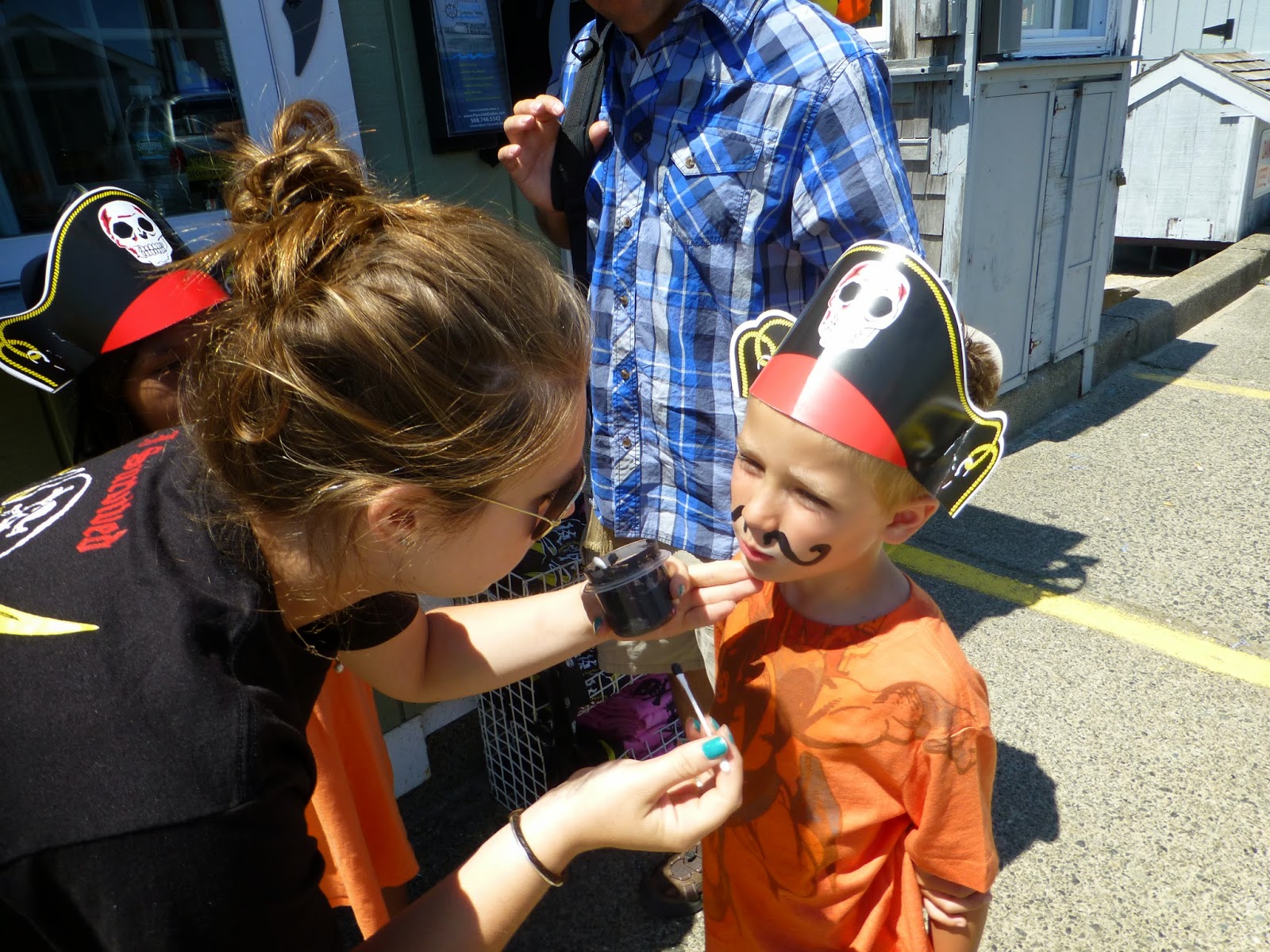 As we left the harbor we had great views of the Mayflower II and happened to come into contact with a pirate ship!  This pirate was mean looking and ugly!  He had a water gun and blasted our boat!  The kids had water cannons to shoot back at him to try to win over the treasure!  The kids were never sprayed with water, but apparently Ry and I looked hot and got sprayed by the pirate from his ship!  The battle was intense with seaweed flying back and forth and the kids yelling for the treasure!

Nothing worked to win over the treasure so we agreed that a member of our crew would have to be exchanged for the treasure.  The volunteer?  Jackson!  He played it up and even had his shoes off ready to jump over for the good of his crew!  (It was a very proud moment for his parents!) 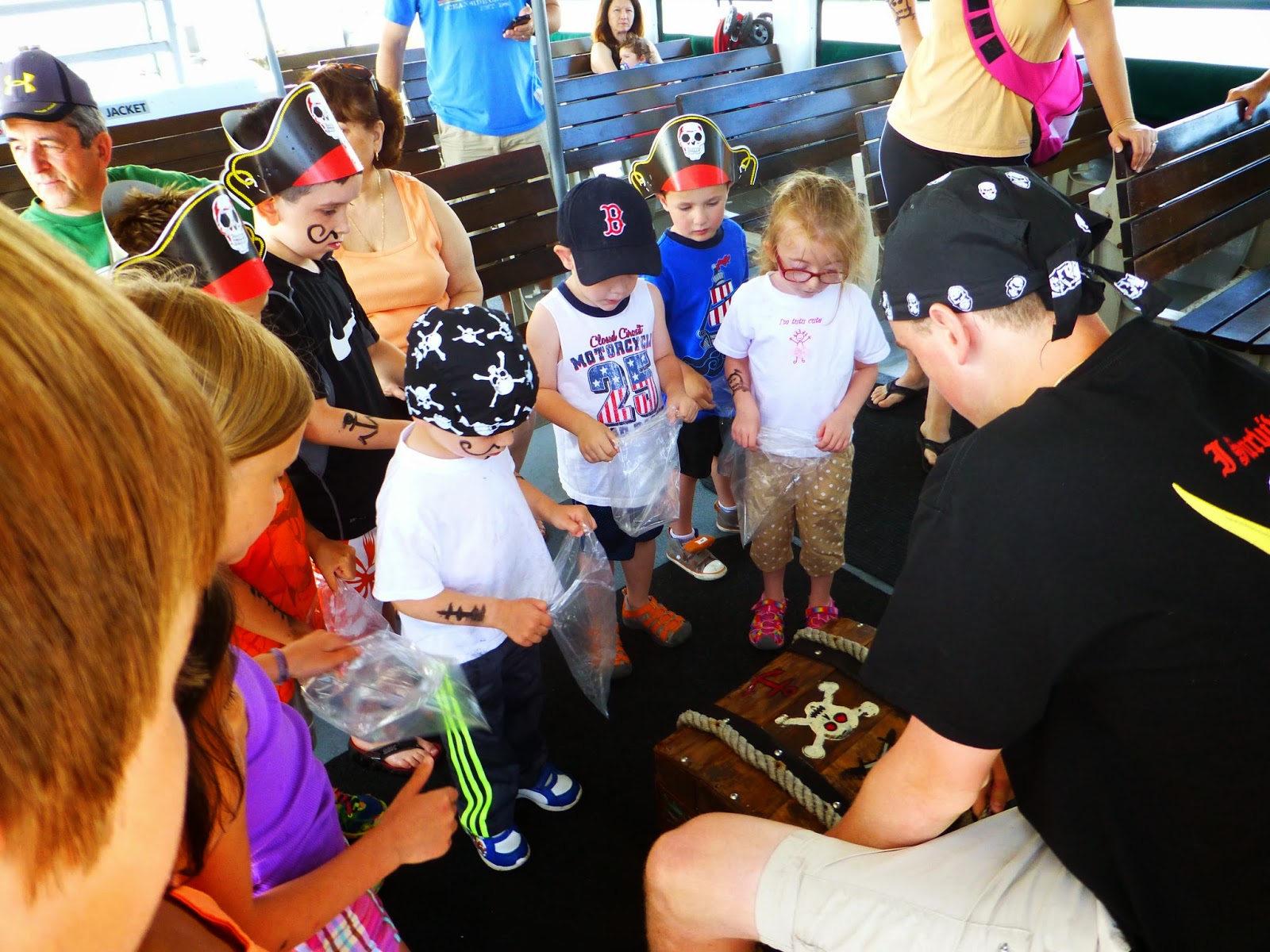 I don't want to spoil all the secrets of the trip, but we did finally get the treasure and the kids LOVED the booty!

We continued out further in the harbor and stopped to pull up a lobster trap.  If our oldest, who is 11, wasn't into all the pirate fun, he definitely was into the lobsters and other creatures we pulled aboard!  The trap was full of different crabs and lobster.  The kids were able to hold them all and have a race with the crabs.  They learned how to tell the difference between male and females and how to measure lobster.  They loved it!! 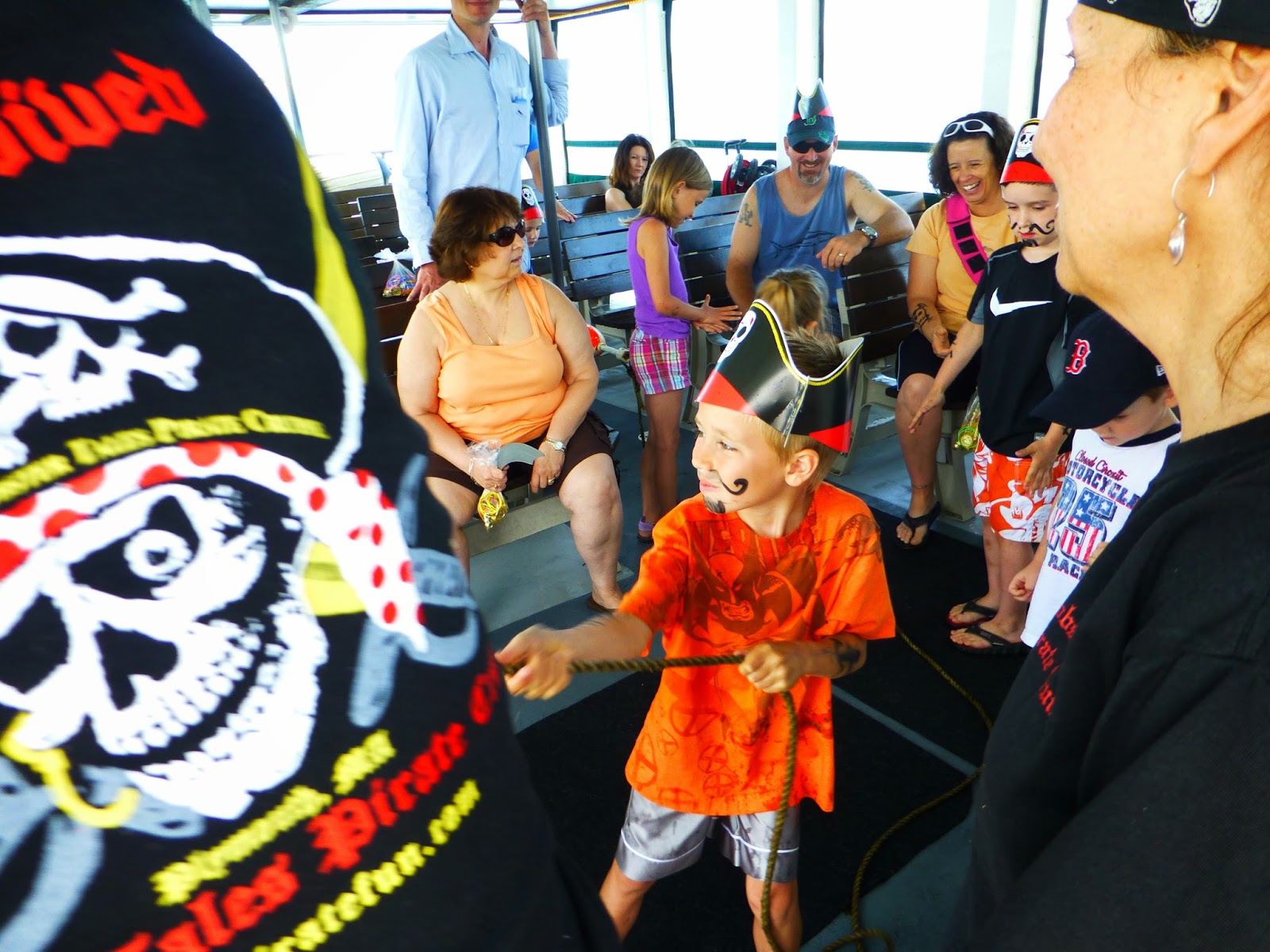 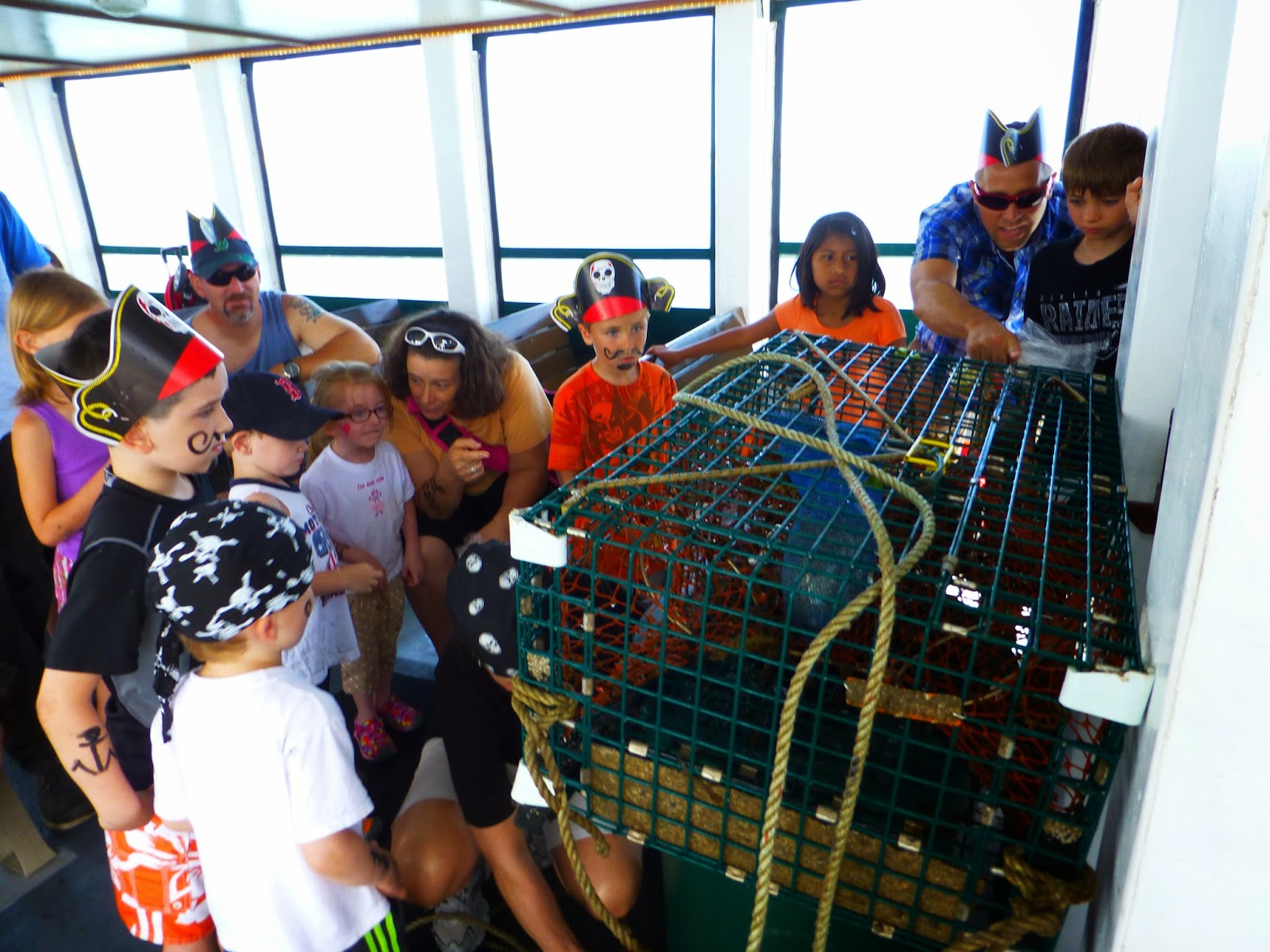 On our journey back in the kids had some Pirate Brew and did some dancing and the limbo.  This trip was filled with fun and I would definitely recommend it 100%!  The crew did great involving all the children and connecting with what they were interested in. 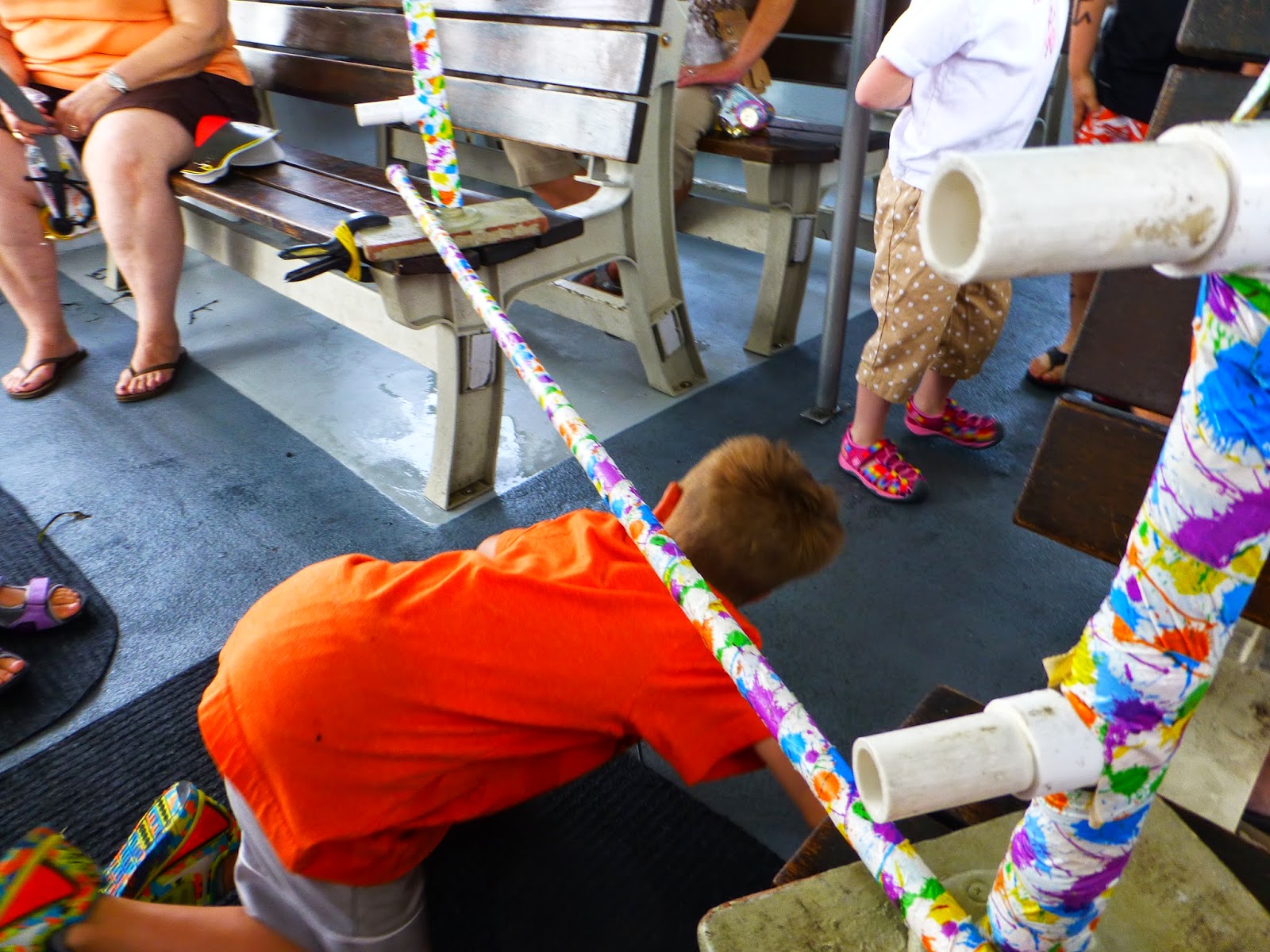 This was a great way to begin our week out in New England!

Of course for lunch we had to have lobster because Jackson claimed just seeing the live lobster made him hungry to eat one!  The younger kids weren't all that impressed so they stuck with chicken fingers. :) It was a good lunch and then back to the pool to relax and swim! 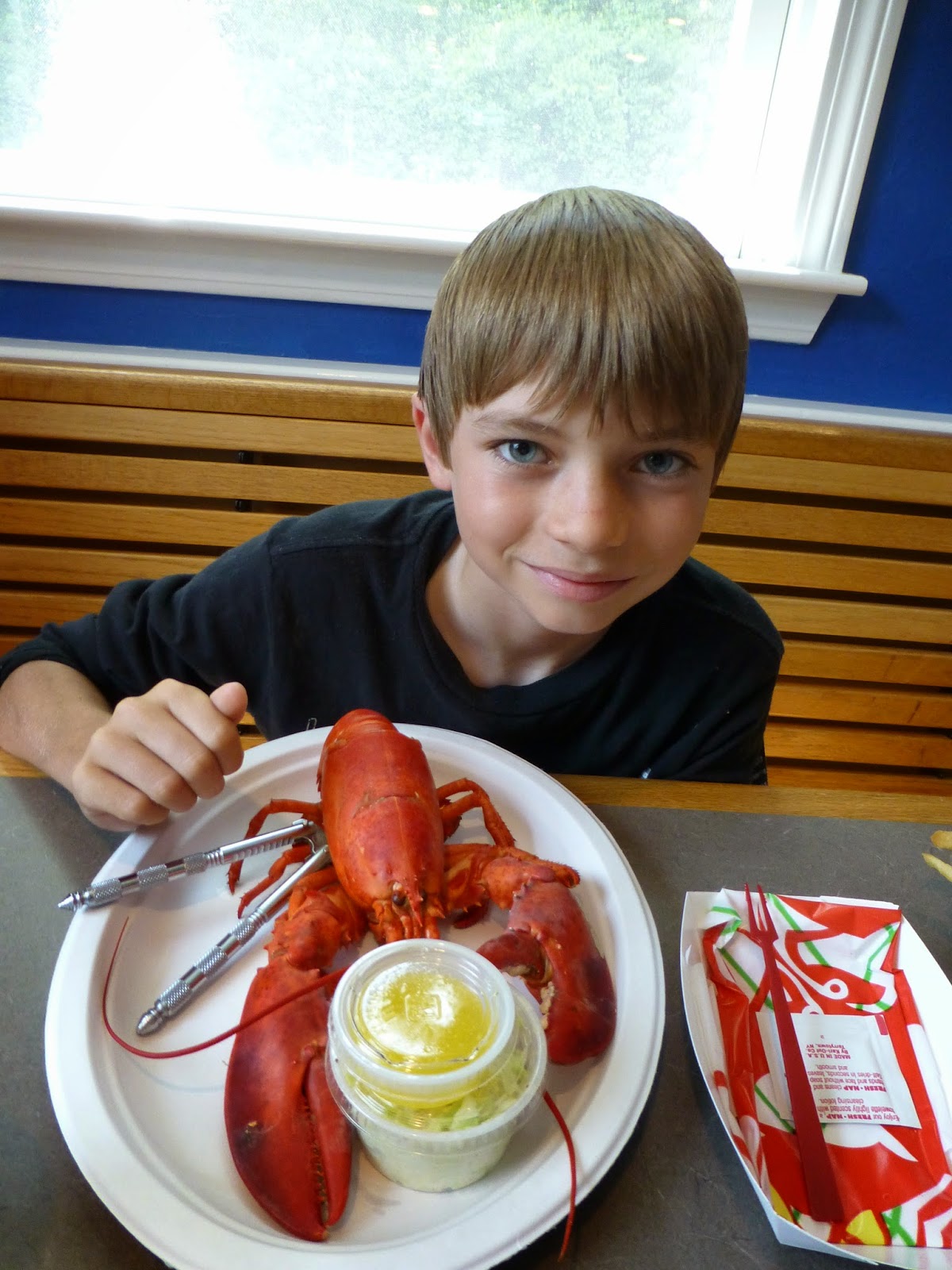