Of Lice and Men

March 24, 2014
Just the mention of the word lice and my head begins to itch.  (it itches right now in fact)

I endured many years of having children in my classroom show up with lice.  I had one year where we had a case of lice almost every day!  One of my fellow teachers was kind enough to give me a kid's book about it.  That year I wore my hair up every day and had the nurse check my head each time she came into the room.

That experience was nothing in comparison to how I felt when I received a call from the school of my foster daughter to say they had found one live louse on her!  My scalp began to itch without reprieve!  On top of that did you know all of the things you have to do to be sure that there are no lice in your house?  Ironically, the Thursday before I got the call Ryan and I had watched an episode of Modern Family which talked about lice.  We laughed so hard at some of the methods they used to keep an infected child away from themselves.  It wasn't so funny when I considered doing that myself! 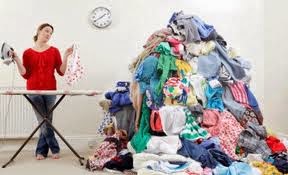 I packaged all of the pillows, stuffed animals, and blankets in the house in garbage bags and put them in the garage.  I vacuumed the entire house and furniture.  Lice apparently don't burrow so the vacuum should pick them up easily.  I washed all the sheets, blankets, pillows, and comforters on everyone's beds.  I also had to wash all the outside clothes in case a hat or coat had lice on it and was thrown on top of someone else's.  That was the same with the girls' clothes.  I had piles and piles of laundry!  Ugh! I also bought special spray to spray on the car seats and in the house to kill any lice that may have escaped the vacuum. I did this all in a frantic rush while itching the skin off of my head!  It was overwhelming! 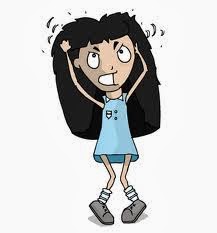 And that was just tackling the house!  I called a neighbor who lent me some lice remedies.  I used Lice Killer.  This stuff worked great!  You just have to be sure to comb all of the nits out as thoroughly as possible.  I made that mistake with the second foster daughter who came into our house with lice.  I didn't see any lice on her so I didn't take the time to comb out nits as I didn't see any and it ended up she had some!  (although I think it was just dandruff, but can't be too careful!) We had to do another treatment on her.  I now give each child that comes into our house a treatment as soon as they walk in.  You just never know!

Thankfully, no one had an infestation and no one else got lice even though I continued to itch for two weeks and had Ryan look through my hair about twice a day!

At least now I know how to battle the little buggers and have a supply of Lice Killer on hand just in case!  And yes, all of the pillows and blankets from the couches are still in the garage.  I don't think that any lice could have survived the freezing temperatures this last month, but better be safe then sorry (and better to claim that then to say I am just too lazy to retrieve them all and put them away!)
foster care getting rid of lice in the house lice refugee foster care