March 28, 2014
The last times I have been in Chicago have been without kids and the focus has been shopping so I had to do a little digging to determine what activities I should invest in to keep them busy. 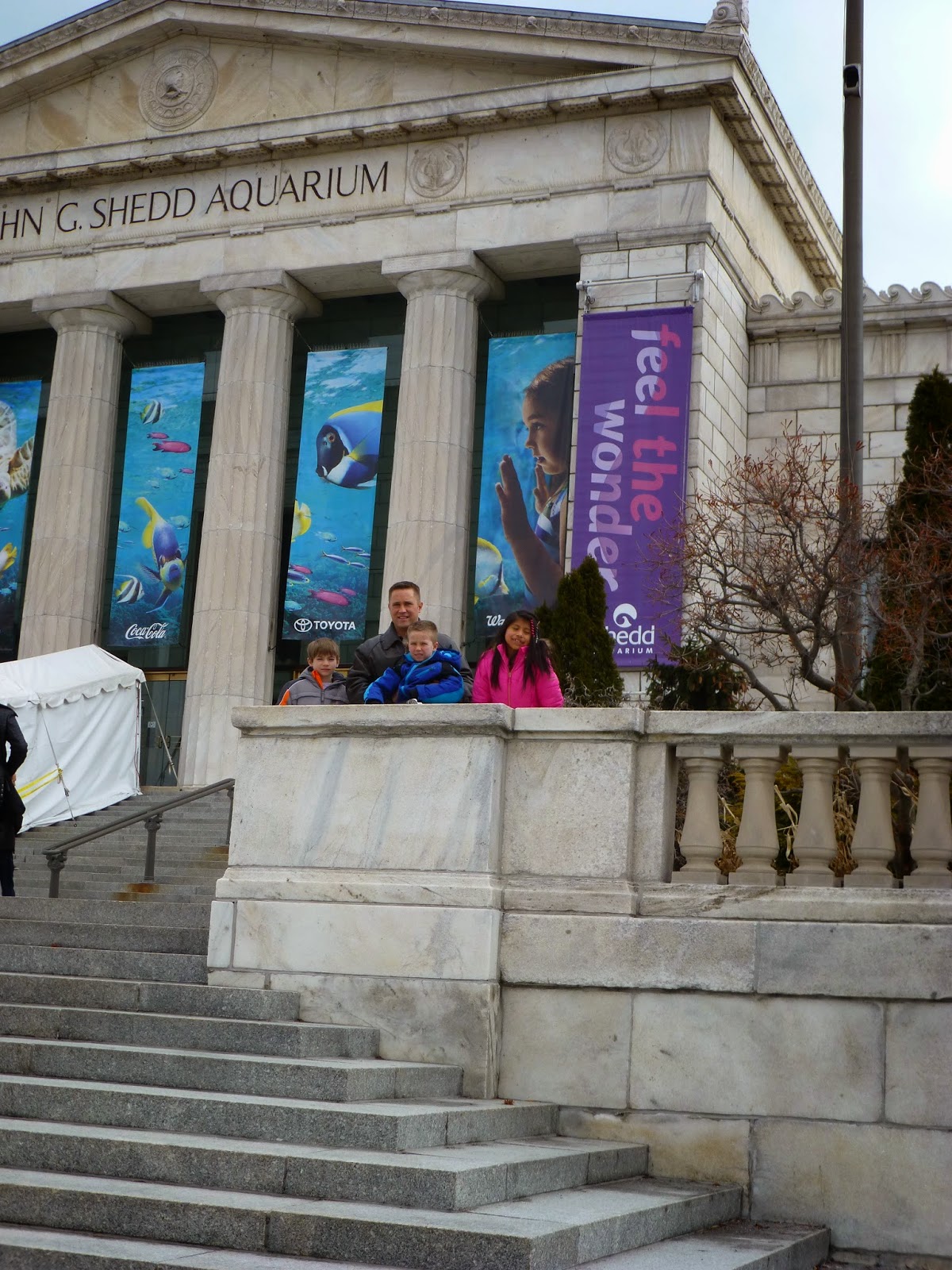 We arrived on a Thursday afternoon and headed straight to the Shedd Aquarium.  My initial impression was not a good one.  The signs directing visitors to the aquarium were so small and not very clear.  Parking was impossible to find and outrageously expensive.  If you are staying downtown I would recommend taking a taxi.  It cost us the same amount to take a taxi there and back as parking cost and we didn't have to walk a mile to get there!

The entrances were not clearly marked.  All the doors led to the same spot, but we were directed by staff to go to the bottom of the steps and walk through the tunnel.  I can understand if there were a line outside to get in the establishment, but there was no line outside.  The line inside was not very long, but it was the slowest line ever!  Seriously, I could have taken each child individually to the bathroom in the basement during the time it took to move two places in line.

The aquarium itself was set up well.  You are able to walk in an entire circle and see everything.   Lola liked the beluga whales the best and Jackson liked the sharks.  Tyce said his favorite thing was the anaconda snake because it made mom scream and jump.  To be fair, I did not really scream loud.  I did jump because the thing gave me the creeps!  It was HUGE!!  I thought the belugas were really fun to watch because I have never seen them before and they play like dolphins!  The otters were fun to watch and I really liked their jelly fish exhibit. 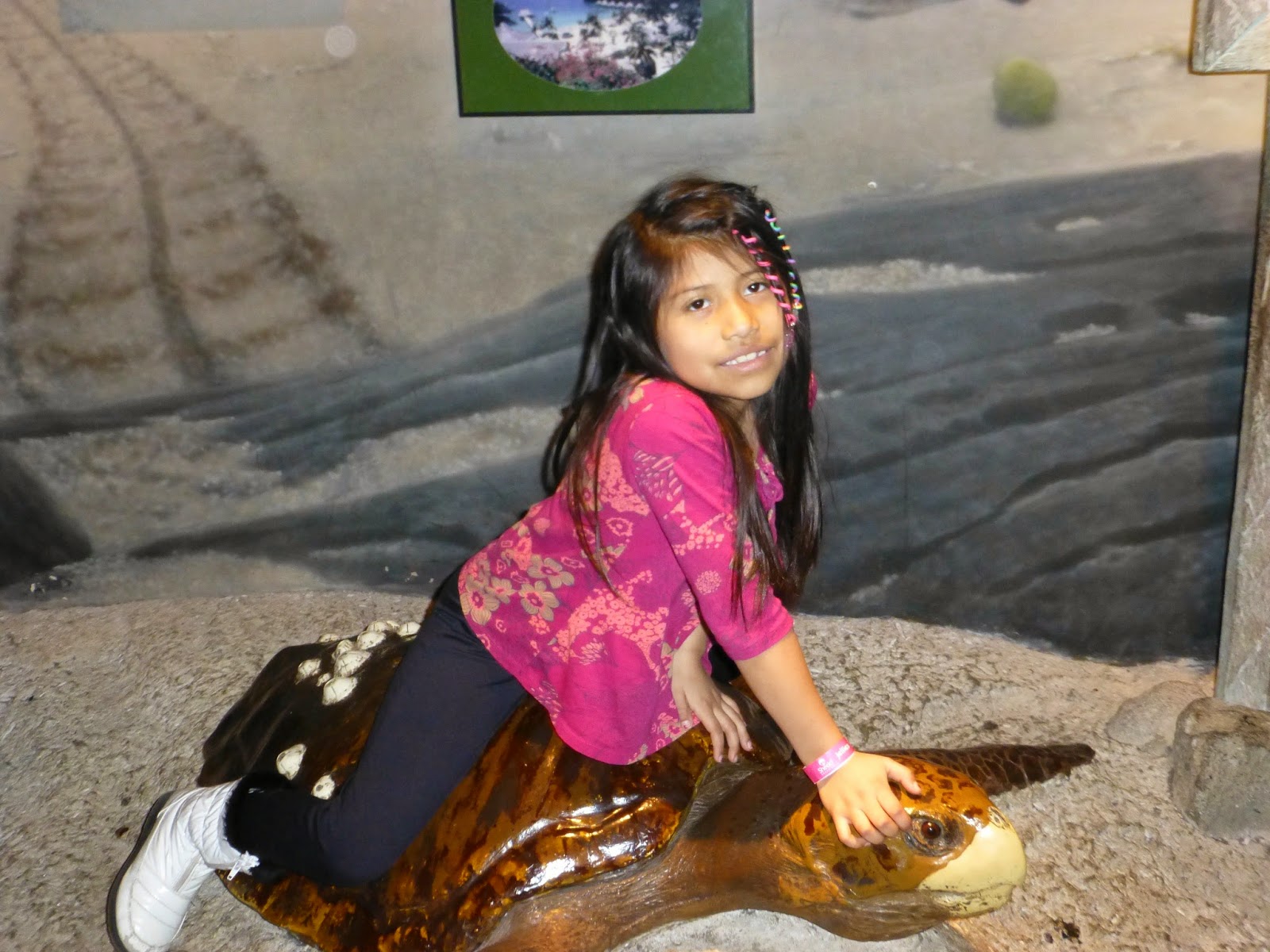 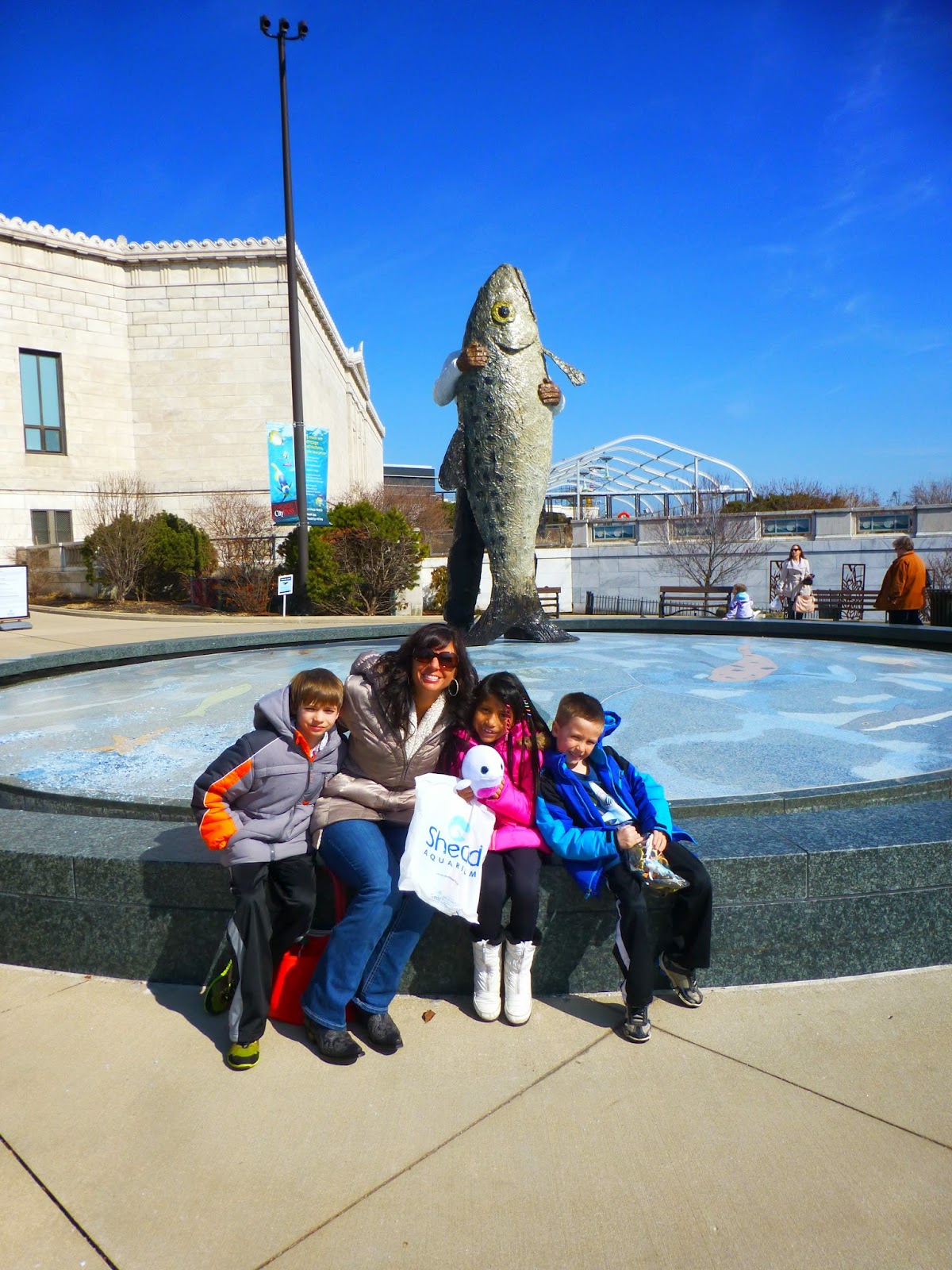 You can easily spend an entire day at the aquarium depending on if you stop to see the shows performed by the animals and the 3D movie.  We had a great time and spent about four hours there without the shows or movie, but we did eat lunch there.

We didn't encounter a lot of crowds so that was really nice.  When we looked out the window on Saturday of the Field Museum the line was past the tunnel and extended around part of the building outside!  Best to try to not go to the aquarium on a Saturday afternoon!
Chicago Shedd Aquarium travel