Chicago - The Lap of Luxury...

March 26, 2014
We went to Chicago last weekend because Ryan had a conference. It's been a few years since I have been to the Windy City and I felt my palms sweat as we walked past clothing stores I have never heard of.  I'm not a huge shopper, but I would have liked to drool over beautiful clothes I can't afford just for a second!

As it was, all of the kids came with us so I took one day to "shop" with them.  It was more of a perusing of the Disney, Lego, and American Girl doll store and the rest of the time was spent walking the street peering up at the huge buildings and watching the people.  We also stopped at Ghirardelli's to have a treat to reenergize after seeing so much culture.


We were fortunate enough that the people who set up the conference hosted us in one of the best hotels I have ever been in!  We stayed in the Peninsula Hotel.  We had a suite to accommodate all of us.  It was huge!  There were three stuffed bears set out for the kids, as well as robes and slippers for all of us!  The small robes and slippers were the cutest things ever and the kids wore them every chance they got!  A treat was delivered to the room for the kids as soon as we arrived and I think they all thought we were in Disney world while they stared at the gummy bears, jello, popcorn, and cookies that were delivered for them!  The hotel was so nice in fact that the kids wanted to go back there all day long!  It takes me forever to get Jackson to take a shower and he will not take a bath, but he begged for a bath each day of our trip.  There was a television in the bathroom that you could control from the bathtub!  Oh the luxury!! 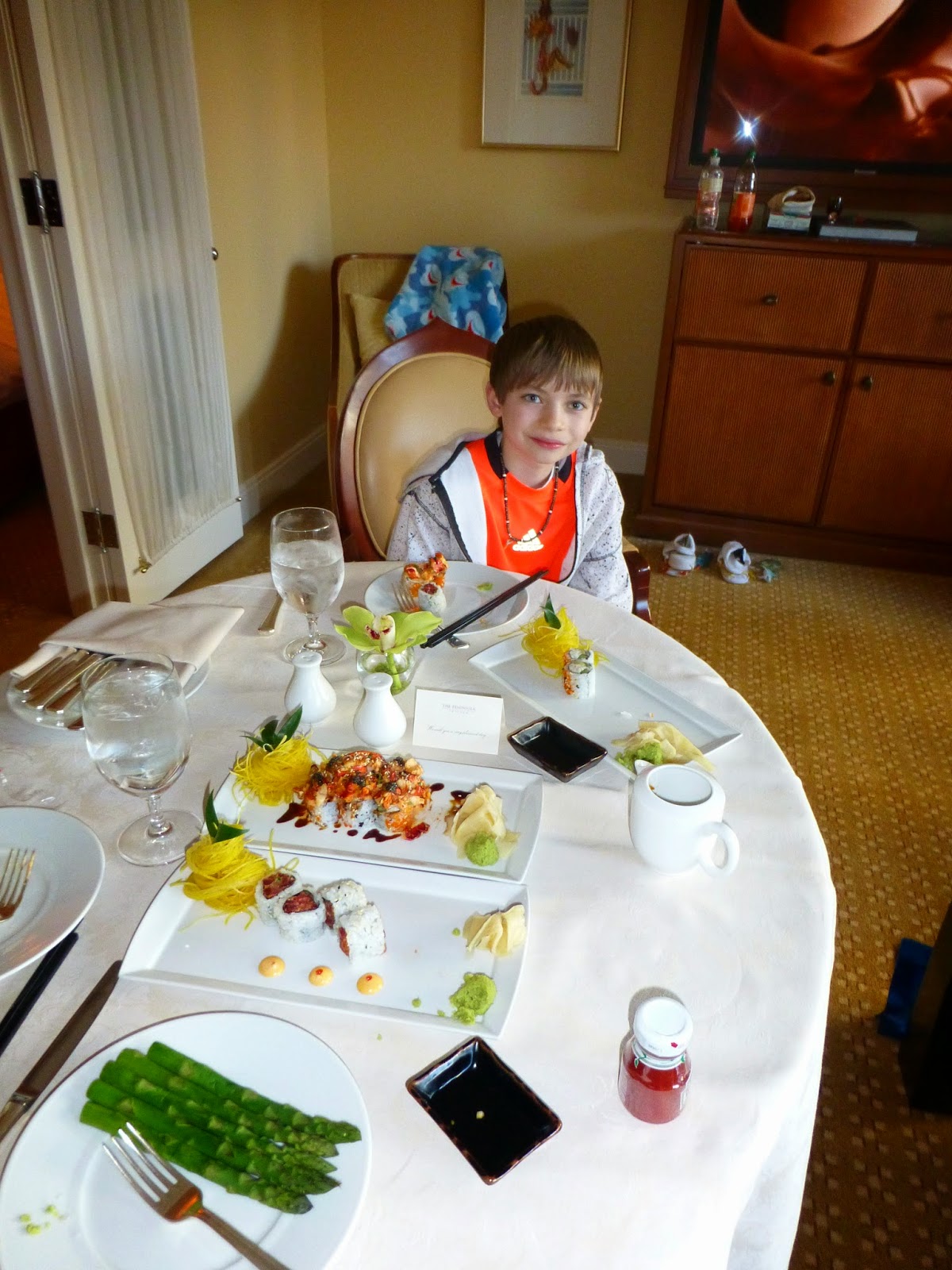 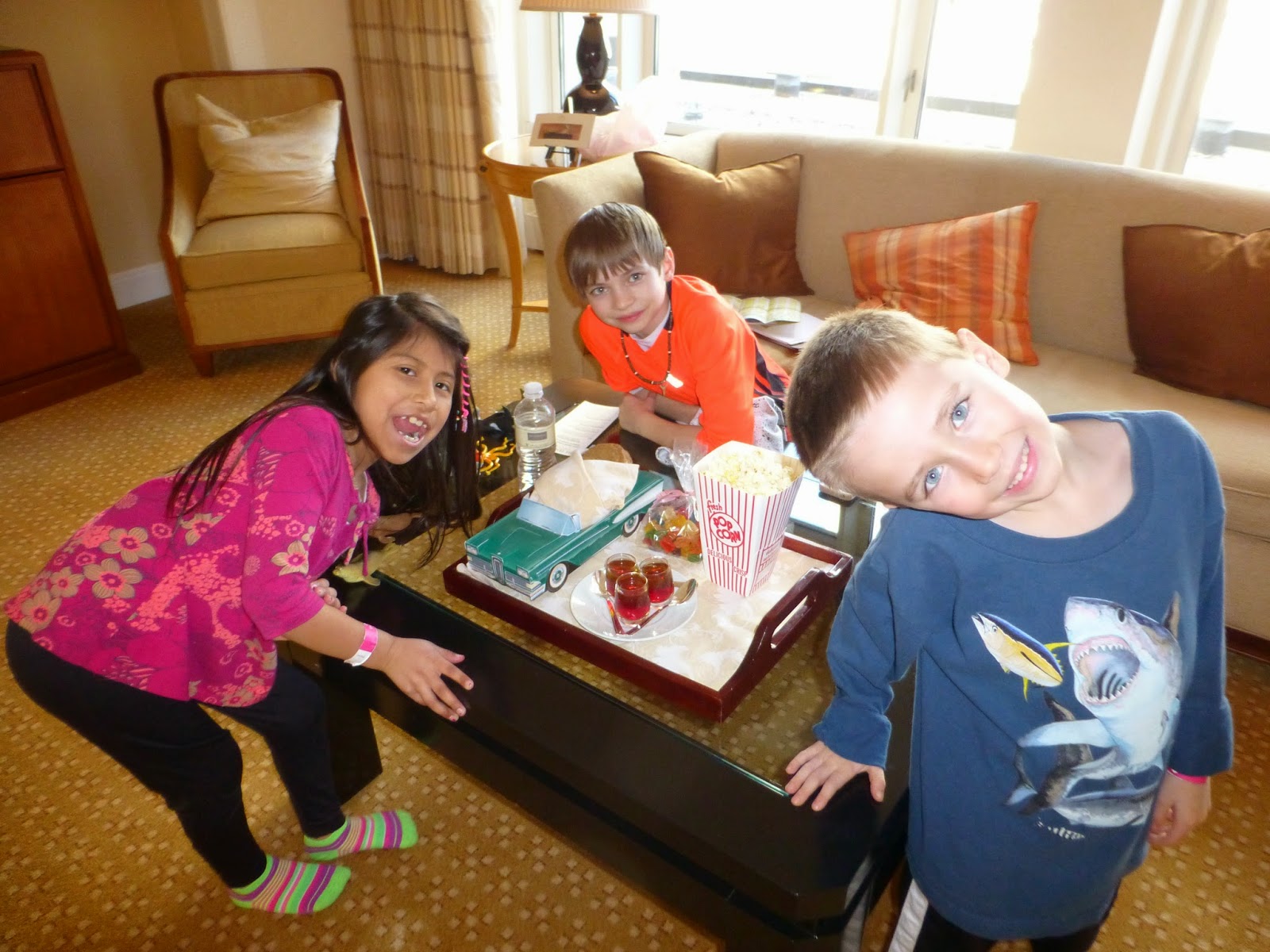 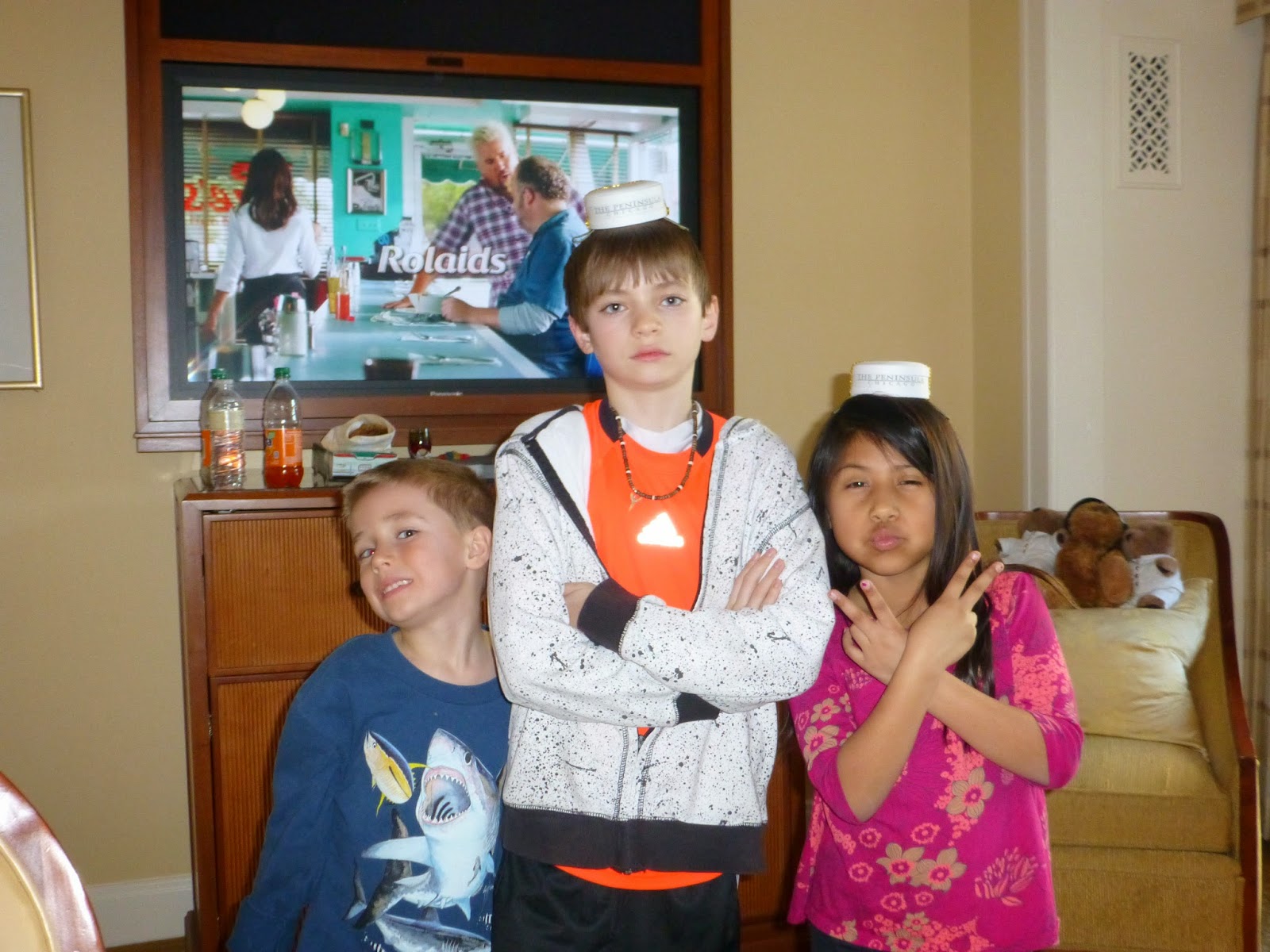 The hotel wasn't the only cool place we visited.  There are so many cool places to eat in Chicago.  I was advised to try the Hard Rock Café, Rainforest Café, places for famous Chicago pizza, and restaurants owned by famous sport's heroes.  There wasn't enough time to go to them all so we just hit a couple.

We were invited to Mike Ditka's restaurant one night as part of Ryan's conference and wow was that food amazing!  It was a buffet, but I have never had such fantastic food from a buffet!  The filet mignon just melted in your mouth.  The staff was also amazing!

My children were not a thrilled with Ditka's as Ryan and I were so I decided to take the kids to Ed Debevic's.  I remember going here as a teenager and thought the kids would get a kick out of it.  Little did I know it would be the highlight of Lola's trip!  The diner is decorated like a 50's diner and the staff is all decked out in crazy 50's wear.  Lola was stunned to see a lady with oversized glasses and rollers in her hair serving food!  The staff is sassy and rude, although our waiter was really nice to us and treated us well.  The table next to us didn't fair as well and our kids laughed like crazy listening to our waiter yell at the patrons.  This is all done in fun, but our kids had their chins hanging down in astonishment!  The staff even did a dance number while we were there.  One of the waitresses clearly did not want to join in and our kids thought that was the greatest because of her half hearted attempts and faces she was making! 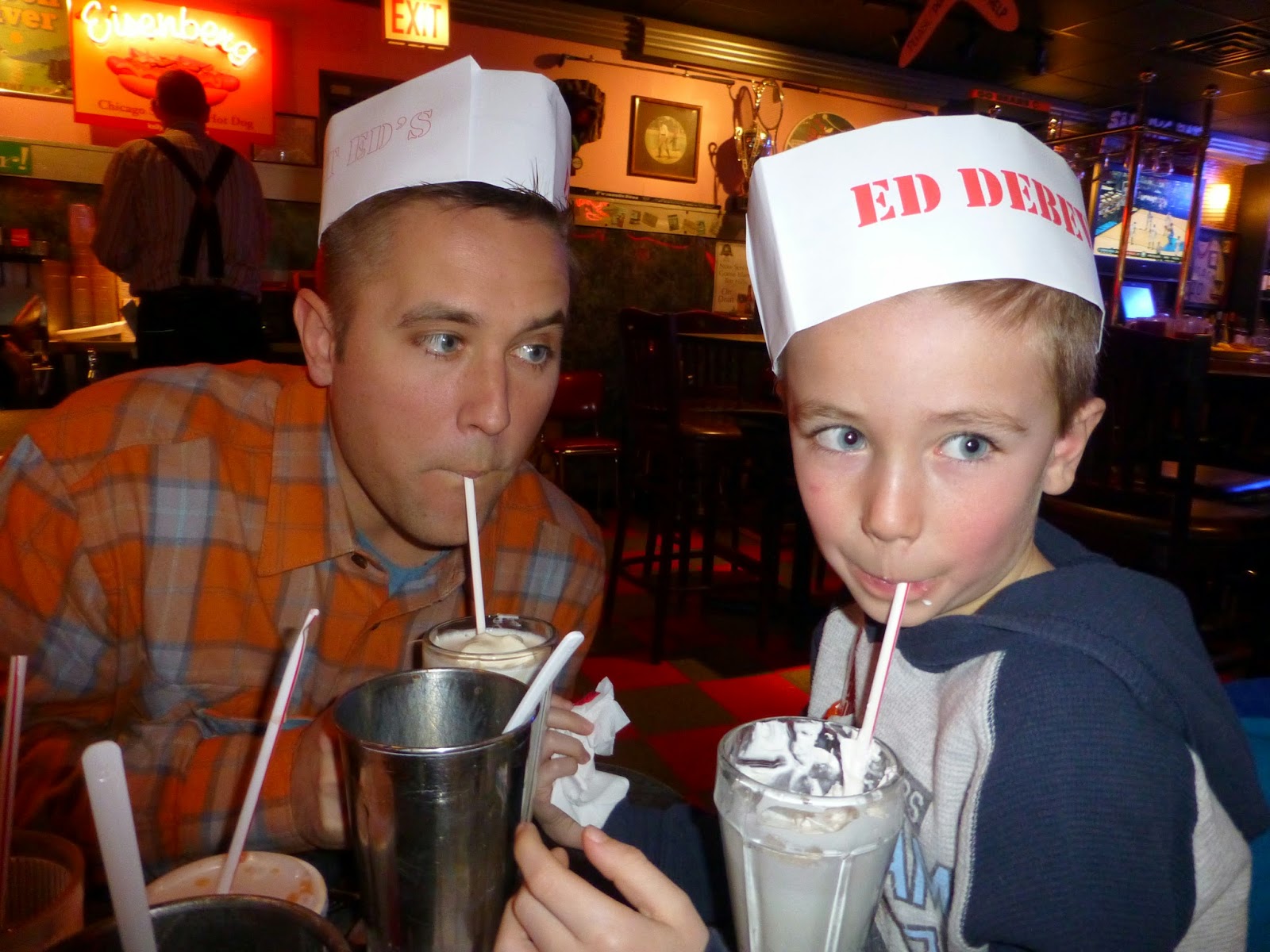 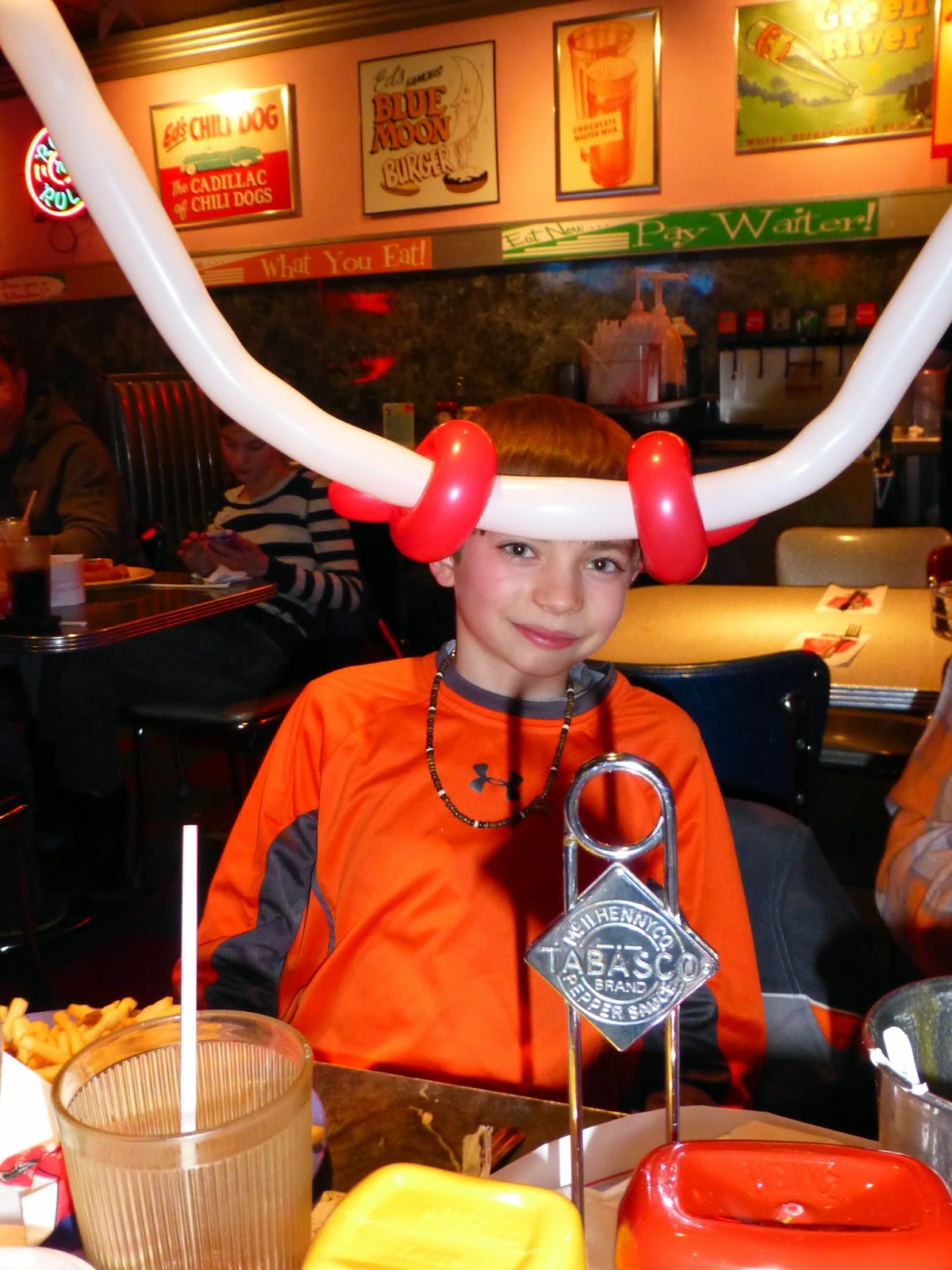 The food was plentiful and great!  It was really dinner and a show!  We arrived about 3:30 for a late lunch and by the time we left it started to get really busy so pick an off time to venture in.  It is worth it!  The kids are still talking about it!
Chicago Ditka's Restaurant Ed Debevic's Peninsula Hotel travel