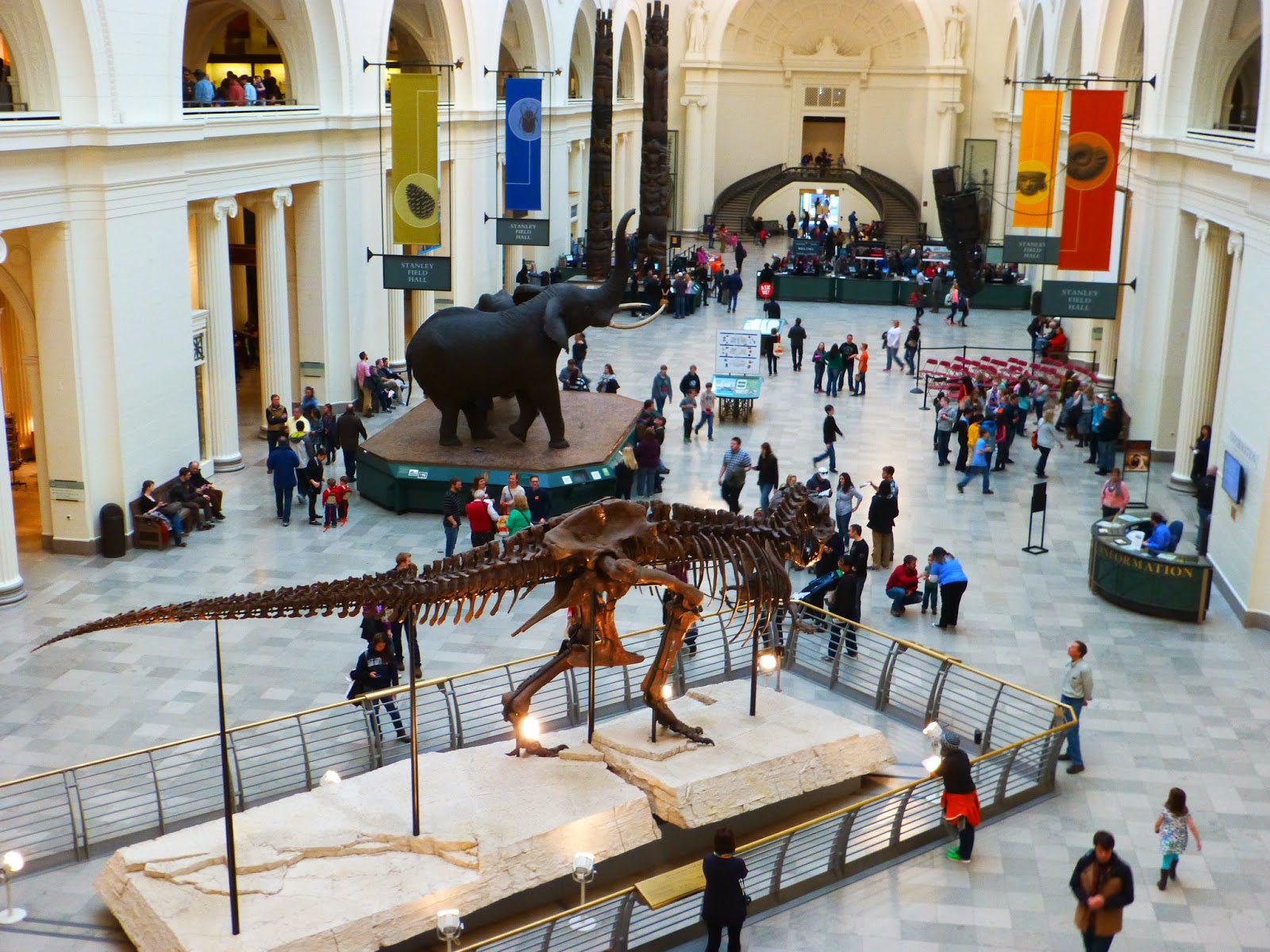 On Saturday we took the kids to the Field Museum.  We got there about 10am.  There was no line and we ended up becoming members because it was less expensive for our family of five.  So check that out when you go to museums.  Again, it is best to take a taxi to get there if you can.  All of the museums, aquarium, and planetarium are in one area so you could walk from one to another, but that would take a ton of energy to see more then one museum in a day!

The Field Museum is of course home to Sue, the largest, most intact T-Rex in the world.  We actually saw a 3D movie about Sue and I was astonished by the entire story.  It made seeing the remains in the flesh that more impressive! 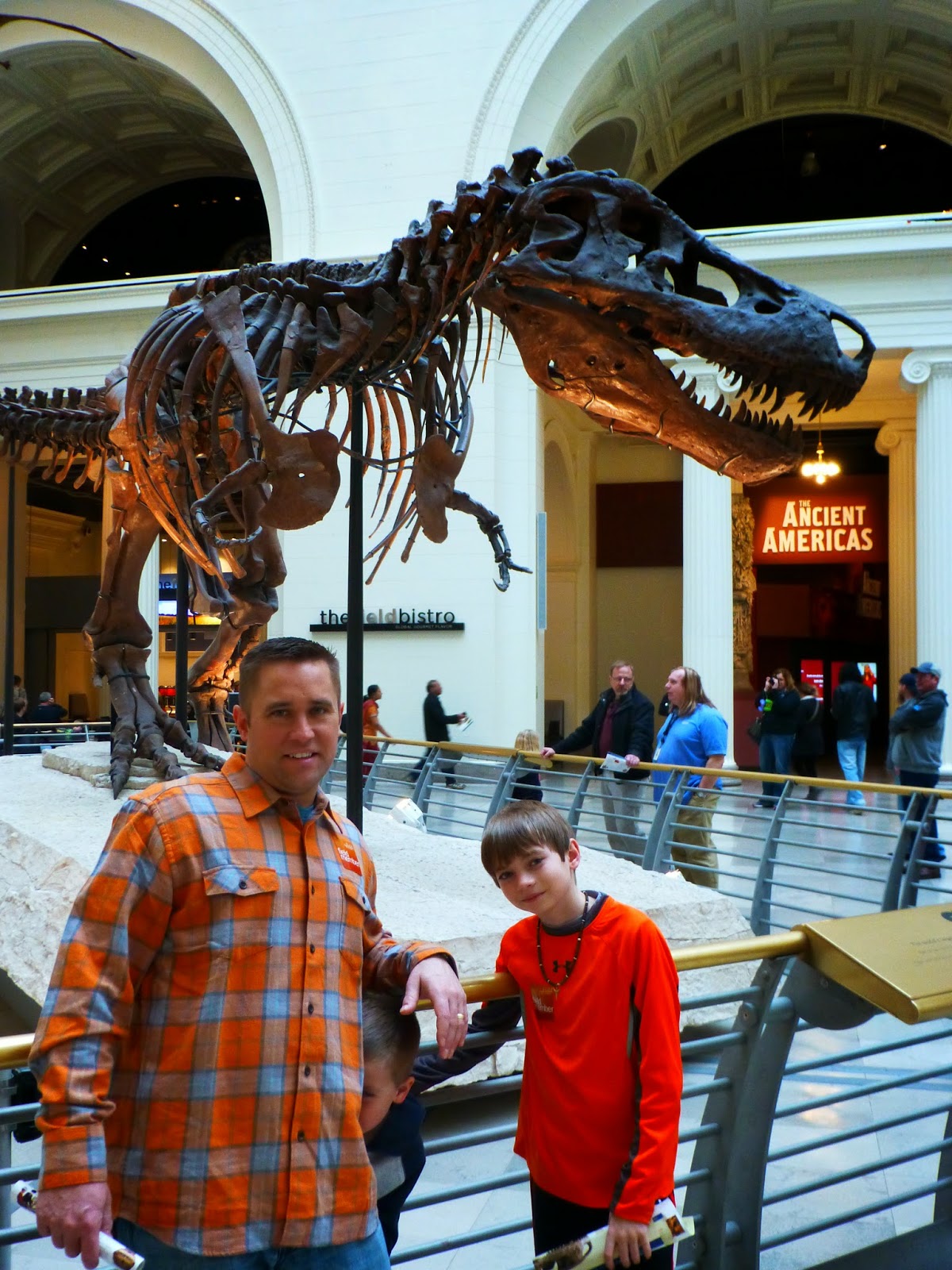 The kids walked into the museum and immediately thought it looked like the museum in the movie, Night at the Museum.

The museum is so expansive that we did not make it through all of the exhibits and even though it was filled up we didn't feel crowded because it is so spread out.  We hit the exhibits that interested the kids.  There were a few that I would have liked to see, but the kids were pooped by the time it was my turn!  Tyce, Jackson, and Lola really liked seeing the 3D movie of Sue.  Tyce was a little scared at first because the T-Rex actually rips another dinosaur apart to eat it and they show the flesh and blood.  It isn't real, but the 3D makes it appear more real.
﻿
﻿ My suggestion is to get there early and see the special exhibits first because those tend to fill up the fastest.  The 3D movies have specific times and you need to get tickets because the shows do sell out.  Decide what you really want to see and go from there.  I think it is close to impossible to see everything in one day!