Not too old to Learn!

December 31, 2013
Each time we have a new foster child I learn something new about my kids, people in different countries, and myself.

I have learned that my kids can be very competitive when it comes to having kids around who are their age.  There is a clear pecking order in our house because of the ages of the kids.  This has been established and is set in stone.  The kids understand this order and just go with it.  When you add another one into the middle of that order things can get a little tricky.  They compete over who is loudest, who is the fastest, who can be first, who can eat the most and who can get the last helping of food.  This is exhausting to me!  Birth order is apparently a powerful thing and around here it is chaotic when it is messed up!

I already knew that different cultures have different values, but sometimes I forget.  I have had to remind our new child that toilet paper does not go in the trash can.  It can in fact be flushed down the toilet.  I will confess that after chasing the dog down with the toilet paper in his mouth for the 10th 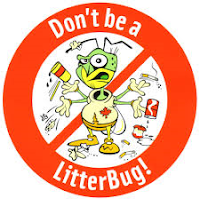 time I may not have been that understanding in my reminding!  Littering is not ok here.  Apparently, it is just common stuff in Central America.  You don't like something, it makes you mad, it's stuck on your hands, just throw it on the ground and walk away.  I was not the most popular person when I made a child pick pieces of candy cane out of the snow with bare hands that he had just thrown against a building because he decided he no longer wanted it.  He was shocked when I told him he could get fined by the police for throwing garbage anywhere but in the trash.

I have learned that after a certain amount of time I am only human and can only take so much.  After three weeks if I have to continue to tell you the same thing repeatedly, I am going to get a bit cranky.  I have learned that three weeks is about when it hits the fan.  I have also learned that no matter how hard I try, I will cry when the kids leave.  It doesn't matter if they are here for two weeks or two months.   They can be the naughtiest little things ever and have created complete chaos and I will still be sad when they go!  It is going to happen and my kids are going to laugh that I cry and Ry is going to pat me on the back for a minute and then we will resume life how it was close to what it was before a new child came with a few modifications until the next one...
birth order foster care refugee foster care