Just Give it to Me Straight!

October 09, 2013
Each time I go to a new city I can't help but fall in love with it.  It doesn't matter if it is the dirtiest place on earth because I always seem to find something good about it.  I want to take it all in and experience all it has to offer.  I revel in the realization that each city is so different.  The sites, sounds, smells, activities, and the people infatuate me! 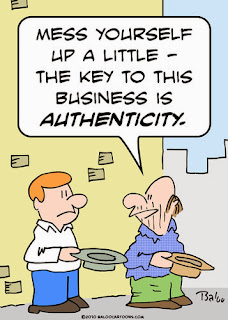 One thing that you find in all major cities are people who need money.  Whether they are homeless, unemployed, or just down on their luck they are there looking for help.  While in San Antonio, Texas Ryan and I came across two people wanting money in the same day.  One man was dressed nicely at the convention center with a suitcase and a briefcase.  He dished out a story that he lost his wallet on the bus and needed money as he was from out of town.  The next person was a girl in her 20s covered in tattoos telling us that she and her brother just needed a meal until her parents could help them out the next day because they also had lost their money and were from out of town.

While I can appreciate that at times things like losing a wallet can happen, I also know that they were just looking for a handout.  I'm sure had we let them go on or asked questions we could have been a pile of tears in the end.  I did not appreciate that.

.....Or maybe they do and I just don't know it!  Now that I think about it, I have heard of people that live in perfectly nice apartments, have cars, and carry cardboard signs in their bags as they head out for the day to stand on corners and solicit funds.

That makes me wonder.  If you knew without a doubt that a stranger really needed funds, would you be more apt to help out?
homeless pan handling