My Occupation (on paper) 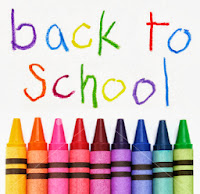 The beginning of the school year always feels chaotic.  Going from carefree days of no set wake up times, no set lunch times, and not knowing what day it is to each day being scheduled out to the minute is tough.  By the second week of school the kids are exhausted and a bit grumpy still trying to adjust to the schedule.  By the second week of school Mom is right there with them.


I have three children in school now which means three separate schedules to keep track of, three back packs to pack and unpack, and three sets of forms to fill each school year. 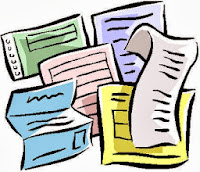 If you know me, you may realize I have a bit of a "stinker" streak in me.  Some may call it naughty, some call it childish, and some call it immature.  I like to think of it as adding some fun to an otherwise "dying of boredom" type of situation.

Anyways, I had had enough of the filling in forms and I began to become annoyed with some of the questions.  In particular I wasn't a fan of the section that had Occupation ------- Hours of Employment--- .  Not a fan because how do you really describe being a mom and hello I am always on call!  After filling in the entire form I went back to that section and wrote, Awesome for my occupation.  Ryan scoffed at my answer, but I was certain that no one would even look at that section!  I was wrong and now I can't get away from it!

The last form I filled in was for the orthodontist.  It had the same questions as the school forms and I gave the same answers.

At our first appointment I handed in our sheet and waited in the room with Lola and Tyce.  The office personnel came back into our room with a big smile.  She was holding in the laughter.  She had read my occupation and was very impressed.  I laughed and told her I was glad I could give her a good laugh over it.  Apparently some people do read those forms!

When I walked into the office with Lola for her appointment today (two weeks later) one of the staff came and introduced herself to me and said, "And you must be Awesome Amy."  Uh oh!  Word must have travelled around the office and gave them all a laugh!  Oh well, at least I added some fun to their day! :)


Back to school forms occupation stay at home mom