Time for "The Talk"

I remember when my dad gave my sisters and I "the talk".  I'm not sure how old I was, but I was old enough to know what he was talking about when at dinner one night he sat down and said to the three of us, "Do you girls know where babies come from?"  I think we all nodded or groaned so he continued.  "Don't do it."  That was it.

My mom, however, had a different approach.  She sat me down and read a book with me about sex.  I remember being shocked and horrified as I found out about everything!  I'm the oldest of three girls so I didn't get exposed to anything and had no base knowledge in this area.  I had seen a kid write the word "Sex" on the board in fourth grade and I had no idea what it meant - that was the extent of my knowing of the subject.

I knew that it was time to get Jackson in the know on the entire matter after the whole tampon incident so I decided to follow my mom's lead.  Last school year I did some research and bought two books, The Boy's Body Book, and What's Going on Down There?

I really liked The Boy's Body Book as a starting point.  This book is for boys and discusses things like hygiene, body changes, expectations in school and sports as you get older, how to talk with your parents, changing relationships, drugs and alcohol, and peer pressure.  It is not about sex and doesn't discuss girls.

Jackson and I sat down and read through the book together.  When we were done I handed it over to him so he could use it as a reference if he wanted to.  He is getting to that age where he needs to take more frequent showers and it was nice to have a book tell him why so I didn't have to sound like the nagging mother!  It also brought up subjects that don't come up in normal conversations that parents should discuss with their children like drugs and alcohol use.  This first book was easy to read and not embarrassing for either of us.  It did talk about the boys' body and changes, but it did it in a way that was straightforward and gave practical advice in how to deal with things like voice changes.


Currently, we are reading through the second book, What's Going on Down There.  This one is an entirely different bag of worms!  Because Jackson had some exposure to body changes from the first book it was easy to dive right into the second one.  This one however, goes into much greater detail with illustrations.

While I read this book with Jackson next to me, Ryan is also sitting with us listening.  I wanted to let Jackson know by both of us going through all of this with him that it ok to ask us questions.  I wanted to show him that we were not embarrassed. (although Jax told me that while reading the first chapter about a boy's body he thought that Dad was embarrassed - could have had something to do with some of the questions I asked Ry about when he was growing up...)  I am a teacher by trade so I have approached this entire topic like a social studies or science lesson which helps minimize my feelings of discomfort.  Plus the more we talk about it, the less a big of a deal it becomes (as far as being embarrassed) and we have already been using words like penis and scrotum in our house so they aren't uncomfortable to say.

Right now we have gone over a boys body and a girls body and all of the changes that come in puberty.  The next chapter is about sex.  The book has stated exactly what sex is a few times in earlier chapters, but I think it went over my ten year olds head.  (I know this because while watching a Cialis commercial I pointed out to Jax that they were talking about erections and we had just read about that.  I explained that the medication was for men who could no longer get erect.  He thought a minute and then asked why you would even want to have an erection.)  That is ok because coming up it will get more in depth.  It will talk about birth control, masturbation, homosexuality, and diseases.  I especially like the last chapters because they talk about what is normal and then there are common questions boys ask.

We read one chapter per sitting.  Sometimes a few days or a week goes by until we get to the next chapter, but that just gives everyone time to absorb what we have read and what will come next. 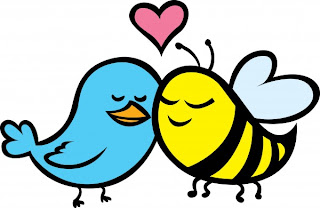 The book isn't perfect and there is a section in the question part of the book in the back that I will skip, but overall it is a great stepping stone for getting the information out there and opening up dialog.

My suggestion to any parent out there who is a squeamish bringing up this topic with your children:
Of course I am no expert and I may want to add more to this list as the kids get older and we experience more, but hopefully this can give you a start!

Now let's hope that Dad and I can stop the uncomfortable squirm as we continue to read and get into the "good stuff" with our ten year old!
birds and the bees puberty sex talking to kids about sex