August 05, 2013
I don't know how you feel about "the law of attraction", but I absolutely believe in it!

For months our house has remained a home with three children.  We haven't talked about foster care or adoption again until about a week ago.  We actually decided that we would wait until after some trips we have planned in October and see where we were at that time before committing to anything.  That afternoon the phone rang.

We were sitting in a pub in Fort Collins, Colorado when my phone rang.  It is so difficult to say no when you know that a little three year old needs a safe home while they search for her family to reunite her!  So our plans changed just like that in one day and we now have a three year old in our home!  It just seems more then a coincidence that we were just talking about adding more children... 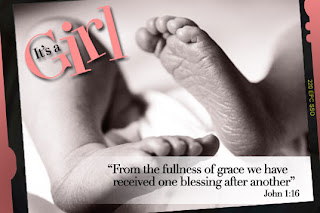 So yes, this time IT IS A GIRL!  She is three years old and adorable!  We got the call late Friday afternoon and she came about 8pm last night (Sunday).  It always amazes me how adaptable and resilient children are.  She began playing right away with toys and after a bit began chattering in Spanish to Lola.  Bedtime wasn't as bad as I was anticipating, but she had a very long couple of days so she was exhausted!

This little one comes to us through Bethany Christian Services through a program called: Transitional Foster Care.  This is a short term foster care program that usually lasts from 2 weeks to maybe 4 months.  The children in this program are most likely from Central America and have been separated from their family as some point in their journey to the United States.  While the child is in foster care, the government searches for the family here in the states to reunite them.  When the children are found they are placed in a detention center and can only remain there for at the most 72 hours.  We got the call on Friday afternoon so I'm sure she hadn't been there too long before that and came to us on Sunday!  She had probably been traveling before all of this and then had a full day of airline travel to get to us so it is a wonder she was still smiling when she reached us!

At this point the only information we have on this little one is how old she is, what her name is, where she was born, she speaks only Spanish, and that the only things she has is what she showed up on our doorstep wearing- boys clothes which were too big for her!  Of course I would love to know more, but for now I really don't need more.  We will find out about each other as the days go on and our family can't wait!  Lola and Tyce already have her snuggled on the couch in a blanket watching cartoons!
foster care refugee foster care