Flexibilty in Travel and Football 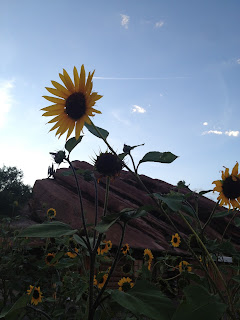 I'm a big planner when it comes to vacations, especially if they are going to be short.  If I don't know what there is to see and do when I am someplace how can I take advantage of it?  So before I leave on any trip I research a ton and send away for brochures.  Kind of nerdy I know, but Ryan is always very thankful when I pull out coupons or maps with options on what to do and where to go.  I look like a geeky tourist at times, but I am proud of it!

I am also a big believer in being flexible on vacations and trips.  You have to open enough to stray from your original plan or you may miss something really amazing!

Last week Ryan had business in Colorado and I tagged along.  We spent our first day in Denver.  I spent my afternoon by the pool reading while Ry met with a client.  In the evening we went out to eat with clients. 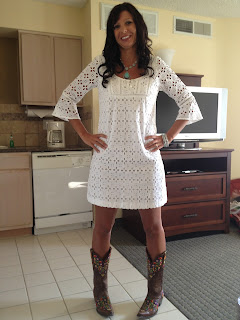 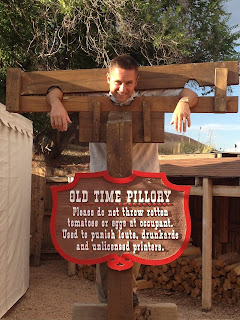 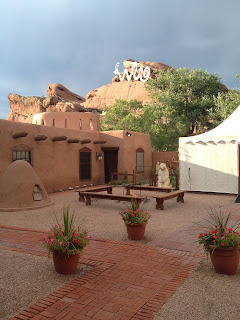 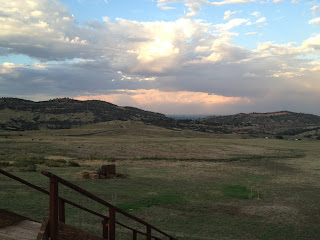 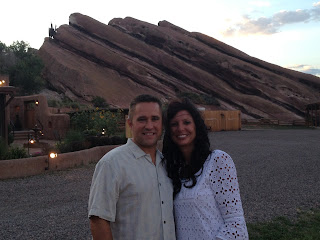 We went to a place called The Fort.  It is in Denver and the prices are up there, but it is so with it!

The restaurant was built by a family having been inspired by a historic fort.  You can see the straw in the bricks so it is very authentic.  The views are breathe taking and the food is superb!!  I had a buffalo filet for the first time and it about melted in my mouth!  I tried to talk Ry into trying some Rocky Mountain Oysters, but he wasn't feeling up to the challenge!  At any rate, the dinner was fantastic and the company was even better!  I have no idea what Ry talks about when he talks business, but I love chatting and getting to know his clients!  No wonder he loves his job much!  He works with some great people in and out of his office!!

The next day our plan was to head up to Boulder and then on to Fort Collins because Ryan had to end up there for business.  However, on our way out of the hotel the night before we saw a notice on the wall about the Denver Broncos Training Camp.  It was right down the road from us and it was happening that next morning!  Our plans changed just like that!

That morning instead of heading straight to Boulder, we got up early and headed over to the training camp.  I am not a die-hard Bronco fan or even a huge football fan, but going to Training Camp was AWESOME and I may now be a much bigger fan!

Everything is free.  You can google the directions and address of the field.  They have a ton of people around to direct everyone to parking.  You want to get there an hour early so you don't have to park in the boondocks and get a good seat on the field.  Fans are permitted to sit on a little hill on the side of the field.  A small white rope sitting on the ground is the only thing that separates you from the players.  They begin packing people on the hill at the 50 yard line and spread out on either side as more people come in.  There are some trees on the hill, but you aren't guaranteed to sit under any so be prepared!  It would also be a good idea to bring a blanket to sit on.  You can not bring chairs or strollers and they wouldn't work on the hill anyways.  Water is provided for $1 and there are porta-potties on site.  After training the players sign autographs as well so that is a huge added bonus!

Our position on the little hill was perfect.  I told Ryan that I could get down the hill, tackle Payton Manning and Demaryius Thomas all before "security" would get to me!  That is how close we were!  (It would have been so worth it, but I refrained myself)  You could hear Payton calling out the plays and hear the players joking around with each other as well as see their expressions.  It's a good idea to be watching the field at all times because some of those plays accidently run into the hill! 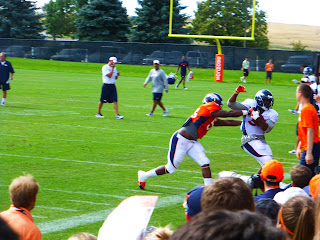 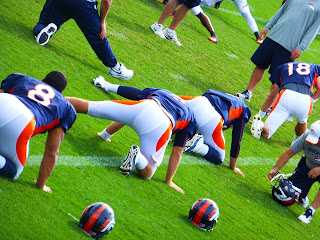 They video tape the training so they ask fans to sit down on the hill and not stand, but during their stretching all of the fans stood and stretched right along with the players.  That was fun because the players really feed off of the enthusiasm of the crowd and I'm sure some of us look a bit crazy!

I absolutely loved watching practice!  They have it very well organized with a timer and they rotate from place to place and skill to skill.  I would do it again in a heartbeat!  There was just something about being right down so close to the action that makes it that much better!  And wow are some of those guys HUGE!