Showing posts from February, 2013
Show all

The Doctor gave me an "Aha" 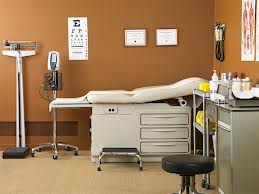 For about a month I have heard consistently from others how much "J" has changed.  It has been said that he is a completely different child since he came to live with us in October.  I have even said these words, but until today I don't think I really realized how much he really has changed! "J" had a doctor's appointment today.  The last time we saw this particular doctor (who I love by the way) was at the beginning of November.  "J" and I did the whole down to a dry diaper thing, got weighed, measured, I expressed my concerns, and then we waited in that tiny room for the doctor.  I held "J" on my lap and he played with some beads that were build into the wall. The doctor came in a few minutes later to see "J" sitting quietly and calmly on my lap.  He gave her a big smile and waved when she said hi.  The 3 year resident behind her who entered only got a stink eye from "J", but I think that was because he has a bea
Post a Comment
Read more
More posts