October 22, 2012
Now that most of our friends and family know we have a toddler in the house, a recurring comment has been about how different it is then having a teenager and probably a lot easier.

At first I was like, Hello?  Have you seen me chase this kid all over the house all day long every day?  Do you realize I have no time alone at all?   But then I was like, Wait?  He doesn't talk back or roll his eyes at me!  Or challenge my authority!  Which is easier???  That's a tough one!  I haven't had too much time to think about it so I thought I would take a minute to ponder... 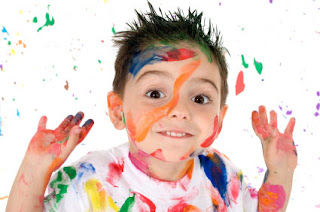 
﻿
I think the biggest difference in having a toddler as opposed to a teenager is that a toddler is much smaller.  If JJ misbehaves or throws a fit, I can simply pick him up and remove him from the situation.  I couldn't do that with a teenager nor would I dare to even try!!  I can physically make JJ go with us to family things or outings and if he protests I can give him a snack and all is good!

In the end, I would say that raising children in general is difficult!  The challenges are always there, but just presented in a different package with a little bit of a different twist!
foster care refugee foster care