My Heart Grew 3 Sizes.... Lights in the Night

October 04, 2012
Each year, Grand Rapids Michigan hosts artists from around the globe for an event called ArtPrize.  We are fortunate that we can hop to downtown Grand Rapids easily and meander through the streets viewing all of the unique art.  Some of it is inspirational, some shocking, some bizarre, and some is interactive.  Everyone always has a favorite, but most of the time we don't share the same favorites.  This year, however, we all shared the same one!  Lights in the Night!

﻿
I happened to learn about the event over facebook on the day of.  We had been planning on going to my alma mater for a football game, but I thought that the alternative would be more fun for the entire family.

After looking at artwork and eating hot dogs from vendors on the street, we made it to a park on the Grand River.  There were a ton of people milling about, there was a stage set up, and music was playing.  I easily found one of the many volunteers and was given five lanterns.  I loved that I didn't have to wait in a line!  While I sat on the hill watching the people around me swaying with the music, the kids and Ry went to find a geocache.

﻿
As dusk fell upon the park, people became anxious and began to light their lanterns.  I know my own children were as giddy as I was to set our lanterns off into the sky, but we waited for the cue so that we could be part of something greater.

When the time came, Ryan and I worked together to light each lantern and let each child send it off into the night sky.  We learned as we went and by the last lantern we were able to light it without setting it on fire!  About 15,000 lanterns filled the sky that night!

﻿
I can't describe in words the awe I felt as I watched the children gaze after the lanterns and as I followed their flights myself.  Jaws were dropped and eyes were wide as people held their heads up to the sky.  It was simply beautiful!  Playing in the background was Israel "IZ" Kamakawiwo'Ole's version of Somewhere Over the Rainbow, which happens to be one of my all time favorite songs!  It was the perfect addition to the back drop of the river, the city, and the night sky.  You could see the smiles on the faces of those around you and I felt how the Grinch must have felt when "his heart grew 3 sizes that day" as he watched the people of Whoville on Christmas morning!  It was that kind of feeling and wonderment! 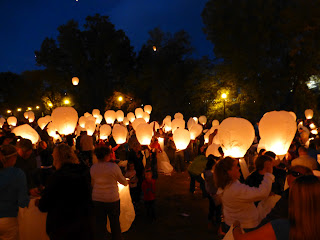 I've lived in this area all of my life and I think when something is familiar you forget to look for the beauty in it.  You forget to slow down and enjoy the wonderment of life.  Thank you Dan Johnson and Mark Carpenter for making the community stop, listen, and enjoy the beauty of what is around them! 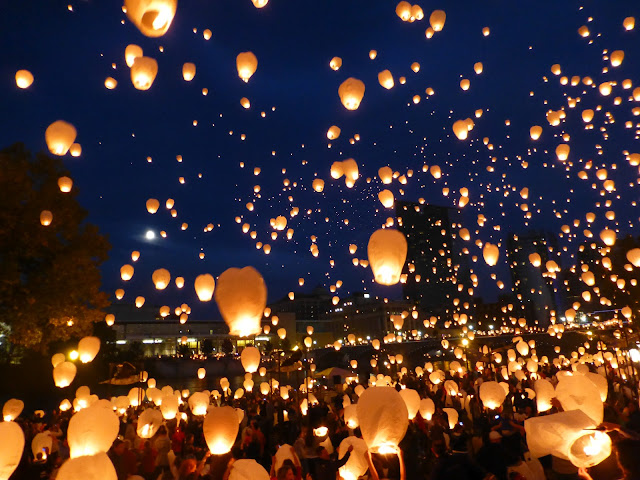 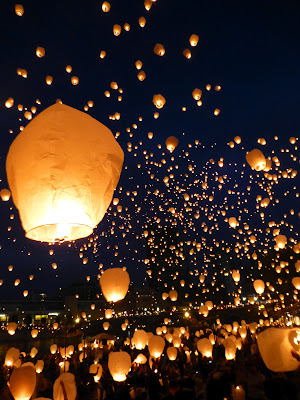 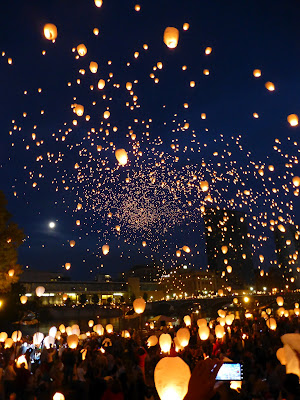 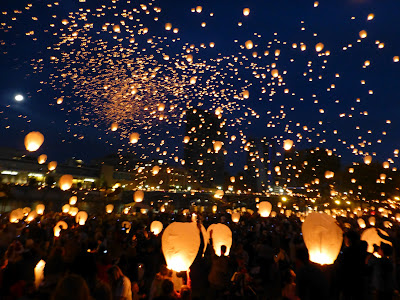 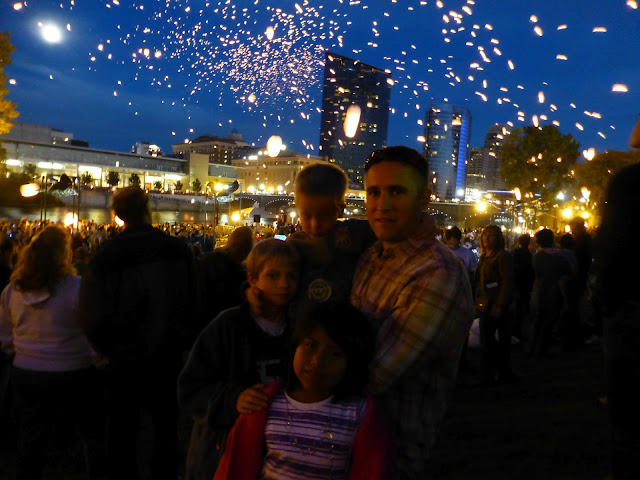