October 05, 2012
Our final day in San Francisco was spent sailing on San Francisco Bay.  The sky was filled with fog and the air had a chill to it, but it ended up being a fabulous journey. 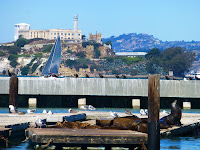 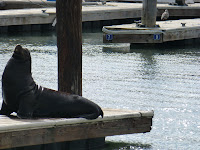 We boarded our boat at Pier 39.  Pier 39 is the famous pier where the sea lions bellow and snort as they battle each other for a position on the floating docks.  In fact, there were some sea lions on the docks where the boats were tied up!  They are not cuddly and cute up close, however.  They are huge, smelly, and intimidating!  I hear it is the cute little Pacific Harbor Seals you have to look out for though. 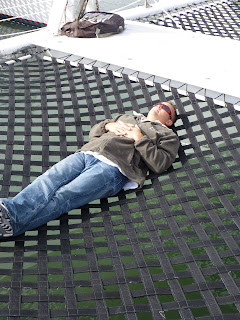 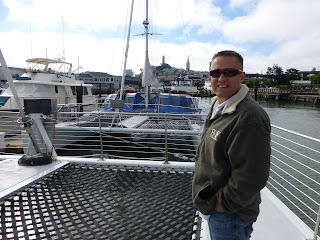 Our crew on The Adventure Cat was friendly and helpful.  They were ready to give us details about the boat and the area and happy to take pictures as well!  The vessel itself was gorgeous!  It even had a large netted area in the front where you could sit and relax.  If you were chilly the inside was very comfortable and was equipped with two clean bathrooms ("heads" if you want to use sailing terms).  Sitting inside I never felt like I missed out on the scenery going by because of the large windows.  The crew had thought of everything!  They even had a closet filled with coats in case people chose to sit on the deck and weren't prepared for the chill in the air.  We were served snacks, lunch, and drinks as well.

The scenery was phenomenal.  I even spotted a porpoise and a little Pacific Harbor Seal in the Bay near the boat!  The crew tried to tell me that what I saw was a shark and we would most likely be surrounded by them soon.  I, however, have seen enough Jaws movies to know that sharks don't move the same way as porpoises do!  In reality, they have seen some sharks in the Bay at times as well as Orcas!  We sailed by Sausalito and under the Golden Gate Bridge giving us fantastic views of other boats and the San Francisco skyline.  It was wonderful to have a different view of the entire area while relaxing on board! 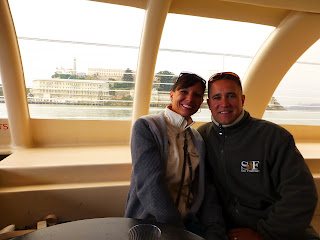 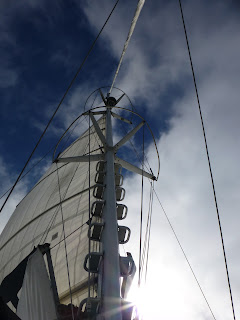 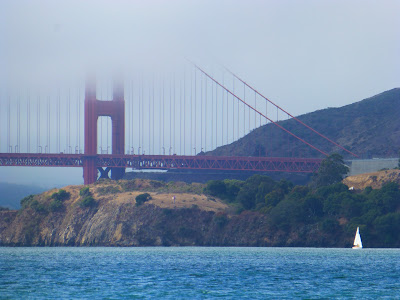 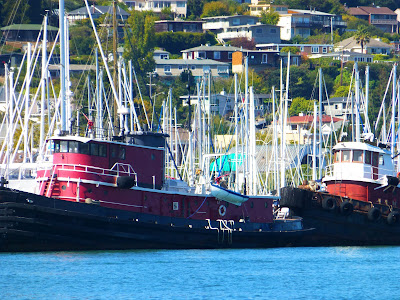 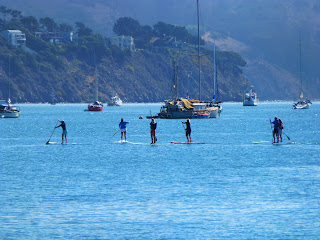 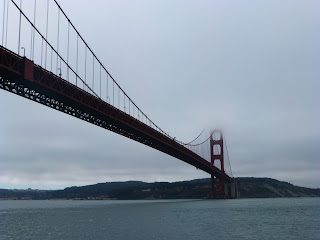