August 14, 2012
We woke up on Friday and headed toward Fort Michilimackinac in Mackinaw City.  The fort is filled with a lot of history, actors, demonstrations of the time period, and even excavators!  We learned a lot of about the history of the time and had a fun time exploring! 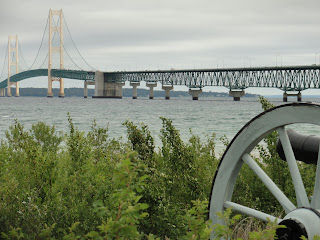 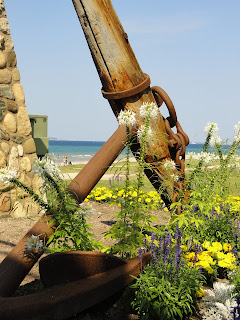 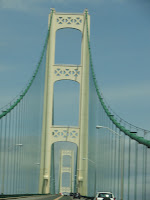 After a lunch near the fort, we headed over the bridge into St. Ignace in the Upper Peninsula of Michigan.  The drive is very short and easy!  Our first stop was at Deer Ranch, a kind of zoo filled with many different species of deer.  They had babies up to adults.  They even had albino deer!  You could pay a dollar and get carrots to feed the deer. The kids LOVED this!  The deer followed them around looking for food so they were able to pet them and Tyce even gave out a lot of hugs!  We spent quite a lot of time here, until we discovered Jackson was allergic to something there!  We then had to go in search for some medication to stop his eyes from swelling shut!  This had never happened before, but thankfully the allergy meds stopped the reaction!
﻿

﻿
Our next stop was The Mystery Spot right down the road.  This was a fun little spot.  It took about 20 minutes for the tour and it really makes to wonder whether it is just some kind of illusion or there really is something to it!  Things do not feel level even though they appear to be based on levels.  You can stand in certain areas and feel like you are standing up straight when you actually appear to be leaning forward at a very odd angle!  You have to try it out!

We stopped at a few other little shops and debated if we wanted to stop at some of the museums, but we decided to got to Castle Rock and then head back over the bridge.  Castle Rock is a rock that juts out high in the sky.  You can walk the many many many stairs to the top and see for a long long way in the distance!  Jackson and I were the only ones to go to the top as Tyce had fallen asleep in the car by this time! 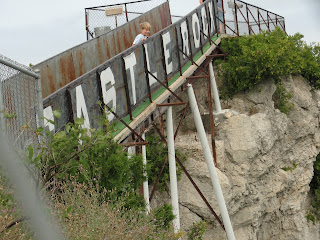 
Back over the bridge we went and encountered the most exciting part of the day!  We found the Fort Gift Shop just across the street from Fort Michilimackinac.  They sell fudge and tourist trinkets, but upstairs they have a fort for kids to play in.  We were the only ones there so the kids played and played and played in the fort with wooden guns!  The kids then went mining for precious stones!  They had miner hats and were sent down an elevator shaft to a mining area where they sifted through sand to find stones.  The kids thought this was the most exciting thing ever!  They had been begging to buy bags of stones so this satisfied that and more!  The cost was actually the same so we couldn't go wrong!  We felt like we had found "the diamond in the ruff!" 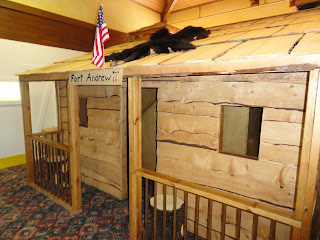 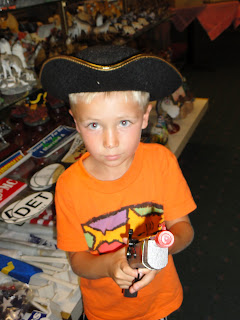 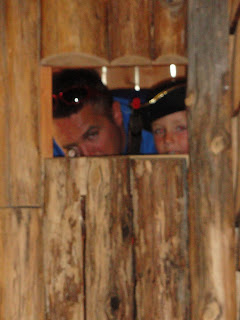 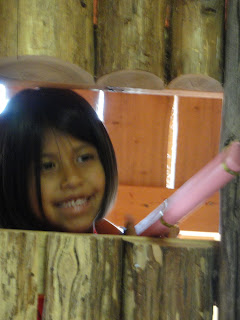 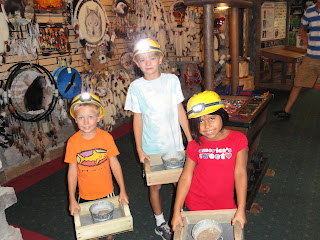 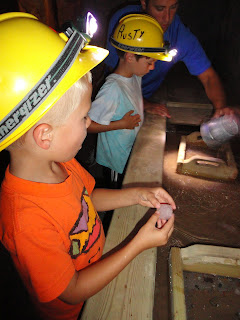 After our hike we went back to Mackinaw City for dinner.  We stopped at a pizza place and had the worst pizza of all time!  It took forever to get and it was gross!!  We made up for it by eating ice cream and smores later! 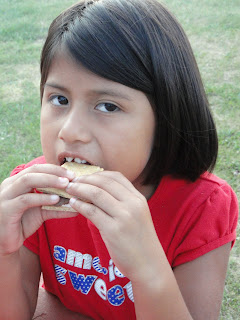 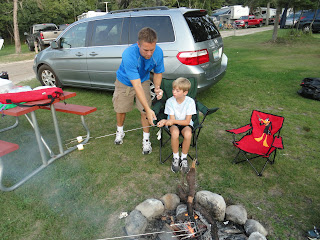 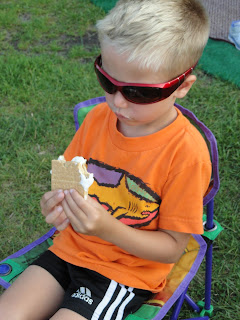