Where oh Where has Mommy's Brain gone??? 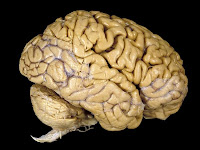 Sometimes my brain travels much faster then the rest of me.  This is why I sometimes trip over my own feet or run into things. (For awhile I claimed it was that I was tripping over my own awesomenss and while that may be true, my brain moving at the speed of light may be a bit more believable for some) Sometimes I stubble over some of my words or jump from subject to subject because my brain just moves too fast for my mouth to keep up!  My fast moving brain sometimes gets me in trouble  in a varitey of ways.  One them being that I get busy doing so many things at once that I may misplace a thing or two or forget what I was doing in the first place!

Today was one of those days.  At least I thought it was!

I went to go pick up mail for a friend who is out of town.  I got to their house and I went to grab the keys that I have been keeping in the cup holder of my car.  Unfortunately, the cup holder was empty!  After searching in my purse, the door of the house, the driveway, under the seats, in the seats, and in my pockets I went back home and proceeded search my coat pocketsand empty my purse out on the counter.  My coat pockets sadly had no keys.  They did have business cards and dog treats in them!  I then emptied out the van.  I pulled out the car mats and moved the chairs.  The keys were no where to be found, but I did find a spa gift certificate that was in the door of the van long forgotten!  I traced my steps through the house and tore apart every inch of the main floor!  I emptied out all of the shoes in the closest thinking that maybe the keys were in my coat pocket and fell out into a shoe in the closest!  Nothing! 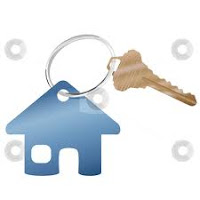 By this time I was frantic!  I was going to have to tell my friend that I lost the keys and I would have to call a locksmith to change all of the locks!  I was pretty certain I would never be trusted with that job again!
My next steps were to go back to each place I had gone since the last time I had used the keys.  Thankfully I had only gone to the library with the kids.  Maybe the keys had gotten swept up in the pile of books that I put in the return book slot!  No such luck!

By the time the kids came home from school I was desparate and felt that my only hope and last option in finding the keys was to have the kids help me and I would award the finder with cash!  Before I went that far, I asked each child if they had seen Mommy's keys.  Tyce told me they were behind him!  My heart lept to my throat!  Finally, I had found them!  No they weren't - he just thinks he is funny.  A hadn't seen them.  As soon as Lola and Jackson got off the bus I asked them the same question.  Lola smiled a coy little smile and reached into her coat pocket producing the keys.

She had taken the keys from the car the day before when we had gotten home from the library and put them in her pocket to bring to school!  She proudly told me that she thought the keys were really cool so she wanted to bring them to school to show her teacher.  I was so happy that I had found the keys that I thanked her for giving them to me and put them in a child-proof spot!

Later came the talk about not bringing Mommy's things to school without asking, but for that moment I was so relieved that I could hardly speak!  Thank goodness she hadn't brought my car keys or my wallet!

It was technically my fault for not anticipating that a child may find the keys worthy of coolness, (the were just two keys and not even on a fancy key ring - didn't look all too cool to me, but what do I know?) but it really wasn't my fault because I didn't lose them!  My brain wasn't moving so quickly that I had to try to catch up!   My child was just trying to make me think I had lost my mind!  Gotta love those kids!  They keep me on my toes!!!