Things that go Bump in the Night..

March 09, 2012
When you have children there are certain things you come to expect.  You expect that mud will get tracked in the house.  You expect food will be dropped on the floor.  You expect tantrums will be thrown.  You expect toys will be broken and fights will occur between siblings.

At a certain point you become immune to some of these things and the children begin to grow out of some of these behaviors or at least they become more aware of what is expected of them.

Currently, I expect that on some nights I will be woken up by one of the two little ones.  I expect one will need a drink, one had a bad dream, one doesn't feel well, or one is chilly!  This is just normal child behavior.  I don't expect for Jackson to wake up and cry like the other two because he has reached an age that he doesn't need us for each and every thing.

Last night I was woken up out of a deep sleep by something unexpected even for our home.  It was after midnight and I suddenly heard a deep voice!  I thought perhaps it was the music on in one of the kids' rooms so I went to investigate.  That is not where it was coming from.  I thought maybe I had been dreaming, but when Ryan woke up and gave me an odd look and said that it must be the television I knew something was odd. 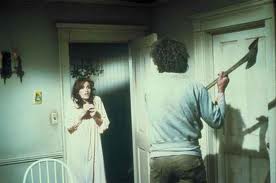 I ventured downstairs into a pitch black room.  Maybe it was someone passing by.  Nope - there it was again!  Of course I was behaving just like the girl does in the horror movie when she walks in a dark room in her pjs toward the suspicious sounds and the danger.  I thought I was smarter then that, but curiosity always wins out!

There was light coming out from under the basement door so I climbed down my second flight of stairs and followed the noise.

There was A rifling through some drawers with his buds in his ears.  He was singing at the top of his lungs.  It took me waving my hands and yelling his name for at least two minutes before he finally acknowledged that I was there!

Didn't expect to be woken up by a 17 year old singing in Spanish two floors below me!!!  Will I never learn to expect the unexpected???