The Friendliness of Strangers - Over the Line 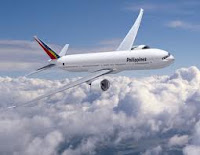 Airplane travel is always an adventure whether you go with children or not.  Often times I am taken away with the kindness of strangers while I travel.  I have had people help fold strollers, hold bags for me, and offer to let me cut in line.
I always appreciate these small acts of friendliness, but sometimes strangers can be a bit too friendly and accommodating.

As the flight lagged on, the baby became tired and snuggled into his mother.  I leaned forward against the seat in front of me and was facing the aisle when the stranger next to me became a little more friendly.

A conversation would have been great, but he took it a few steps too far.  He began STROKING MY HAIR!  I am being completely serious here!  Who does that to a stranger??  It wasn't a slight touch, it was an obvious continued stroke with fingers through my hair more then once!  I quickly turned and looked at him.  To his credit he thought he had a good reason for playing with my hair.  He told me since the baby was done playing with my hair he didn't want me to feel neglected.  How nice of him to be so considerate!
I was so shocked I didn't know what to say!  I simply moved my hair to the other side of my head, sat against my seat, and got out my book to read.  There were no more smiles or pointless chit chats with him!
It is great to be friendly and kind to strangers, but please do not take it too far!  That was definitely too much friendliness even for me!
airline travel