The Cat Came Back!

February 23, 2012
Growing up we always sang in the car.  It stared off with my Mom and Dad putting in a cassette tape of one of their favorite groups.  We listened to Beach Boys, Air Supply, and Chicago just to name a few.  As kids we heard the tapes so many times that we could tell you the complete order of each of them!  As we got older we wanted to listen to our own music so we soon had our own cassette decks with ear phones.  You know the foam earphones?  I think they were orange on the end.  Anyways, that didn't work out too well...

I have two sisters and we all wanted to listen to our songs. We would sit in the car and one of us would start to sing.  The other two girls didn't like being able to hear a sister singing over their music so before you knew it all three of us were singing a different song.  Because no one wanted to be able to to hear anyone else we all began to sing louder and louder and louder until my parents couldn't take it any longer and demanded we all turn off our music! 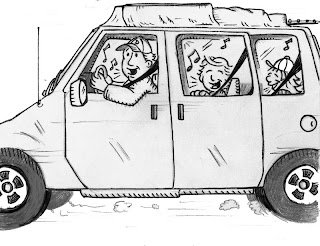 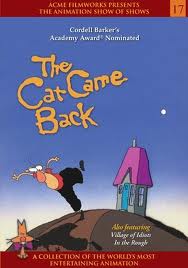 I was reminded of this the other day as I traveled with my three children and their grandparents in the van.  Grandma and Grandpa have a special CD they play for the kids.  It has classic songs on it that most children learn.  There are other songs on the CD that I have never heard before, but the kids and Grandma and Grandpa know all of the words!  In fact, the CD is so popular with Grandma and Grandpa that all of their friends know and sing the songs too!  These are not new songs.  Many of them were written a long time ago and some of them are even remade.  My kids love The Cat Came Back.  That one is definitly a favorite for everyone!  We heard it sung by many while we were in Naples!  In fact, this one is so popular that Ryan happened to hear a very similar version of the song which is meant for adults:  The @#%# Came Back.

I now can't get the tune out of my head and can't stop laughing about it because so many adults are now singing it - the kid version not the adult version!