The X Rated Writing in the Snow...

January 04, 2012
My children are not saints.  I am well aware of this.  However, there are some things that you just don't expect your children to do. Yesterday afternoon we came face to face with one of those things!

A group of boys which included my two sons were playing outside in the snow.  Their first mistake was going down the street without telling me where they were going.  Their second mistake was throwing ice on the sidewalk in front of a house so it sounded like the house was being hit by ice.  These things are actions that you come to expect when you have boys.  Their third offense, however, was not something I expected.  At least not yet!

Out of breath children stood at my door with rosy cheeks from the cold with odd looks.  Something was definitely up.  My four year old was with them and spilled the beans immediately about where they had been and their second offense.  As a van pulled into my driveway I realized that there was more to the story and I would soon hear the third offense.

I felt a little like the mom in The Christmas Story (one of the best movies ever!) when she hears over the phone that her son taught Ralphie that terrible word.  She yells, "He said WHAT?"  Although the word was not said and I didn't yell, I was in shock much like she was and I gasped before I could stop myself and covered my mouth in horror! 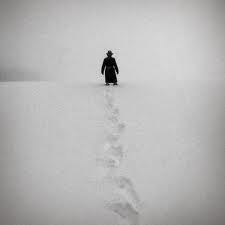 The boys had written an F and a U the width of the yard by walking in the snow with their boots.  Two different stories were told about how the letters got there.  All of them denied knowing what those two letter together meant.
Unfortunately, no matter whose idea it was to write in the snow or who did it, they were all guilty by association.  In our home we had a big sit down.  An apology letter was written and a trip to the house in question was in order.  Ryan and I both went with our son.  He handed his letter over and apologized to the family for his part in the events of that afternoon.  Ryan and I both apologized as well.

As we walked back to the car, we finally got the real story after I pointed out we could look at the foot prints in the snow to know who had made the letters.  With a very shaky voice our son explained that he walked out the letter U.  He didn't know that he was writing something that was bad or wrong, but his friend told him to do it and so he did.  By the time we got home he was beside himself with tears about what he had done.  He felt terrible he had done something so awful without knowing.

I am glad that he told the truth and that he now understands that that is one of the meanest things he can say to someone.  He doesn't know the full meaning or the word it stands for, but he does now understand how wrong it is to do something just because someone tells you to do it.  This is especially true if you don't understand what it is they are asking you to do, say, or try!  I can't tell my child all of the swear words that are out there - I just learned a new word for penis last weekend for crying out loud!  but I can try to teach him about peer pressure and walking away from bad choices.  I can only hope and pray that this lesson will stick with him because the next thing he is pressured into may be far worse!
peer pressure swear words