My Day Nine Years Ago...

January 30, 2012
Nine years ago today Ryan and I got up bright and early and headed into the hospital.  I was 37 weeks pregnant and we were going to try a version because the baby was breech. A version is when they try to put the baby in the right position to eliminate the need for a c-section.  There was a risk that I would go into labor but we wanted to try to avoid major surgery.

When we went in before the sun rose I was already having some contractions, but nothing major.  I was given an epidural to help me relax in the hopes that it would not be as painful as it could be.  The doctor walked in and introduced himself as the guy who was going to be putting me through a beating.  He was kidding of course, but only partly!

Two nurses and one doctor tried from the outside and the inside of my body to turn that little baby!  They would get him turned part way, take a break, and then that little stinker would turn right back to where he started! Even with the epidural it was no picnic.   My body took a major beating  that I felt for a long time!

The result was a breech baby and me in major labor. Medication to stop the labor was administered.  They hoped to have that baby stay put for a few more weeks.  He had other plans.  Each time the labor stopped I was instructed to take a little walk to see what would happen if I were to go home and each time labor would start again.  I had been up before dawn and hadn't been allowed any food or water the entire day.  I wasn't a happy camper!

Labor became more and more intense and finally around 9:30 at night (more then 12 hours after arriving at the hospital) the doctors decided there was no fighting it; the baby was coming!  It was a whirlwind from there.  They swept me out of the room to prep me for surgery.  I only found out last week that Ryan was left in the room on his own for a long time.  The cleaning crew came in to prepare the room for the next patient and he was still sitting there!  He had to ask people to find out what happened to his wife!  Finally he was given scrubs and escorted to surgery.

At 10:21 pm Jackson Ryan was born.  He looked perfect and healthy.  I thought he was the most beautiful baby I had ever seen in my life.

One of the funny things about me is that for some odd reason, even though I rarely take any pain killers or medications, it seems I need double the dose for them to work.  This is true with sedatives as well!  I always get looks of bewilderment when I am up walking and talking after having been given meds that would knock a 200lb man out cold!  So it wasn't really a huge surprise to me when I began to feel pain as they were getting the placenta out and putting things back into place after Jackson's birth.  It was not a fun time for anyone.  Ryan didn't know whether to stay with me or the baby.  They finally had to knock me all of the way out!

It wasn't the birth I was hoping for or dreaming about, but in the end all that mattered was that I had my perfect 6lb 3oz son.  His birth was such an amazing miracle and by that time I had already learned that as much as we may try to plan something, God is the one in control of it all.

Today my first born turns 9.  He is the most amazing, smart, and handsome child.  He has big blue eyes with killer long lashes that he gets from his Daddy.  I like to say he gets his smarts from me since he obviously didn't get my looks!  He is kind and generous and I can't believe this is his last year of having an age in the single digits!  It really does go by way too fast! 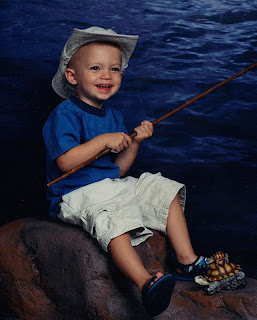 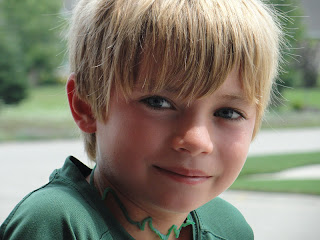 Happy Birthday to such a wonderful son!
breech c-section version