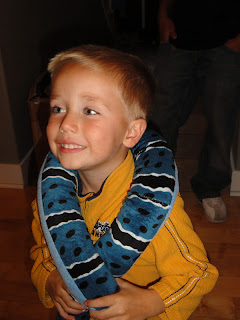 I no longer officially have a "baby" in the house.
Tyce is now a big four year old!  Gone are the days of rocking a tiny baby in my arms, getting up in the middle of the night, and of chasing a toddler covered in goo.

LOL!  I wish I could say that with a straight face!  Even though his age says that these things should no longer be occurring, they are!  Now the difference is that he is bigger, can talk back, reason, and run faster!

He was super excited for his party and cake!  I made a dirt cake with gummy worms and creepy crawlies on the top.  He had to show everyone his special cake!  He thought it was so cool!

As he opened each gift he yelled out, "Awesome!" and quickly riped open the next gift!  It was a whirlwind of flying paper and toy bugs, spiders, and snakes!  He moved to fast to get pictures of him all day!
HAPPY 4th BIRTHDAY TYCE! 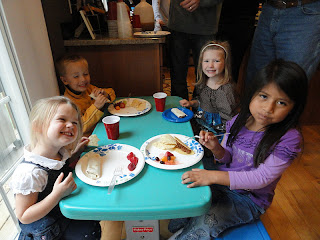 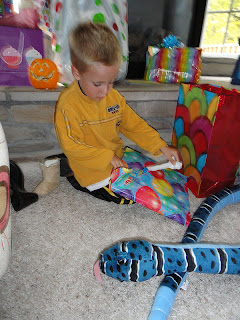 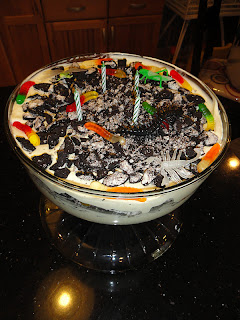 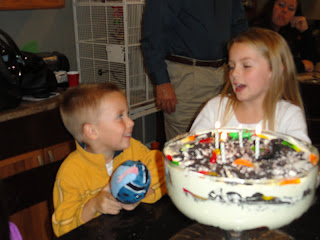 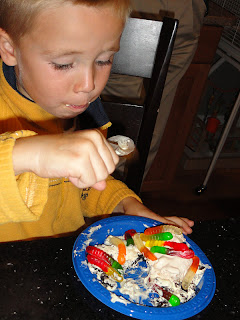