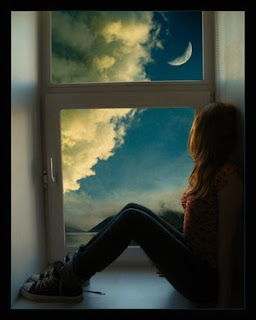 I am a dreamer plain and simple.

When I dream, I dream big!  More times then not, Ry has to pull me back down out of the clouds!  That's ok because more times then not, my dreams become a reality!  They may not happen exactly when or how I wanted them to, but they do happen!

I am also a person who remembers my dreams!  If you would have had the privilege of seeing me every morning, you would have been the recipient to many bizarre stories.  All of these adventures of course occurred in my subconscious, but with such clarity that they made for great stories!  I used to sit at lunch and entertain my co-workers with my dreams and I will often wake Ry in the middle of the night to tell him about a dream! (of course he loves that!!) 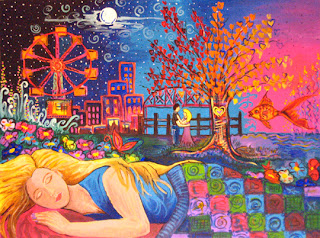 I've dreamt about talking animals, wolves with glowing eyes, dogs rising from the dead, people having babies, going on trips or adventures around the world, and just about anything else you can imagine!

There have been times I have dreamt about people I know and the things I have dreamt have come true - no kidding!  Once I dreamt my Opa was driving his motor home and suddenly stopped yelling that he had a pain in his leg.  The next day they called from Florida saying he had a blood clot in his leg.  I once dreamt that a girl at work had her water break during the work day.  A week later her water did break at work while she was working with a parent!  (she blamed it on me because she said I put the idea in her head) Then there are times where I will have the same dream about a subject each night for weeks.  The events around the subject may change but the meaning is always the same.  (or what I wake up thinking is)  I once dreamt about a boy I knew as a child.  I dreamed about him every night for two weeks.  I had not seen him or talked with him in over 10 years!  The dreams were always different, but he was always the center of the dreams.  Finally, I sent a letter to his parents' home just checking in.  The dreams stopped and when he called me he said that he had just had surgery on his knee and was depressed.  My little note was just what he needed at that time to get moving again!  Weird.... 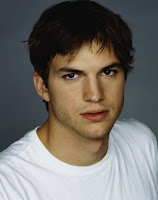 In all of these dreams, I have never once dreamt about a celebrity, until last night!  Last night I dreamt about Ashton Kutcher.  I don't follow what is going on in his life.  I haven't seen him in a television show or movie in forever and I don't have a fascination with him.  But, he did end up in my dream! (and I can tell you about it because I didn't decide to dream it and couldn't control it so...)

I don't recall all of the specifics, only that we were making out and I was waaaayyy into him!  We were like a true couple holding hands and doing things that new couples do!  In my dream he had to leave me and wasn't coming back.  I was devastated!!  I woke up crying!

So Ashton, I hope you feel privileged that you were in one of my dreams and had an impact on me!  Maybe this means some of my dream will come true in real life!   I wouldn't mind you visiting again some night either....
Ashton Kutcher dreams