A Day of Remembrance.... 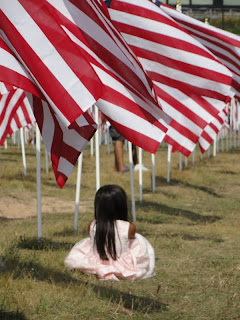 What I saw changed our nation forever.  I saw the airplane hitting the tower and buildings crumbling.  I watched in disbelief as mobs of people covered in soot made their way away from the buildings.  I listened to the broadcasters try to make sense of the situation.  I remember going into the teacher's lounge and sitting down with all of the other teachers who were glued to the broadcast.  As we watched the second tower get hit by the airplane, one of the teachers grabbed my arm and gasped even though the initial impact we were watching had occurred hours before.

I remember hearing talk about if the children should be sent home or not.  They decided to keep everyone where they were.  I remember wondering if this meant I was now living in a world into which I would never bring children.

Ryan was at work talking to a friend in France over instant message.  I remember Ry telling me that he told Ben that he had to go because our country was under attack!  It was such a mind boggling thing.  I still can't wap my mind around it!

Today we brought the children to the Healing Fields in Rockford, Michigan.  Volunteers had set out an American flag for each life lost on September 11, 2001.  On the flags were tags which listed each person's name, where they were from, where they died, how old they were, and a little bit about them.  There were over 3,000 flags on the hill. 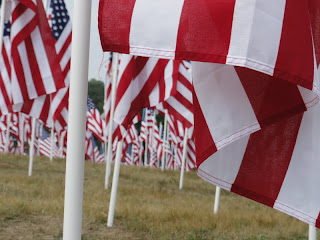 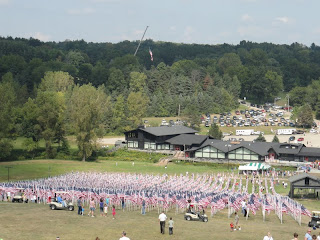 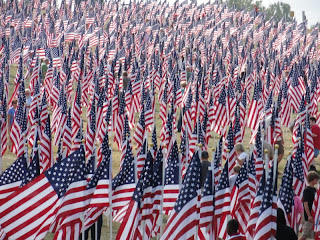 There are really no words to describe what it was like to stand in that sea of flags.  As I read the tags the tragedy of that day felt more and more real.  Many of the people around me were crying and I admit I was wiping tears away as well.

If you get a chance and you live around the area, I highly recommend you go to the Healing Fields to experience it for yourself. 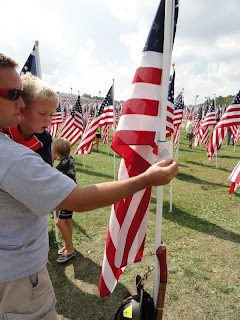 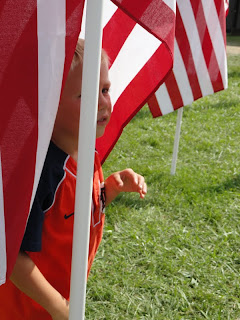 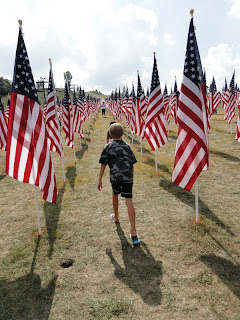 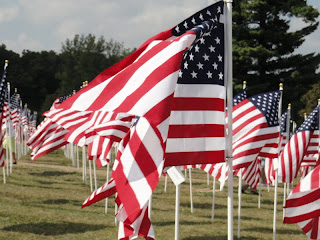 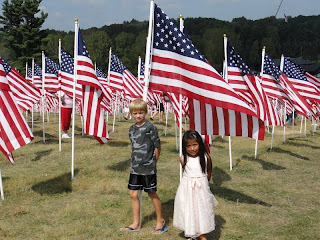