So here is the story.  A and his cute friend who happens to be a girl, J, went to a movie.  J's mom picked them up and dropped them off at the theatre.  I was to pick them up.  We discussed where and when we would meet and all seemed right with the world! 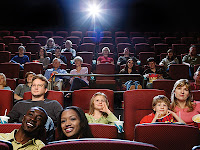 The time for our rendezvous rolled around and I piled the kids quickly into the car.  I had them all use the bathroom, but we skipped the shoes. (priorities)  I got to our destination, took a slow sweep of the area and then parked with my hazards on ..... for 45 minutes!
Yes, we sat in the car waiting and waiting and waiting!  I had a clear view of the door and everyone that came and went.  No sign of the two kids.  While my anxiety built the other children in the car were of course screaming and fighting and trying perform aerial feats over the chairs.  Lovely.  Before I banished all of them out of the car to sit on the curb to wait so I could keep my sanity, I called Ryan.


He relieved me of my duty and set about trying to find the missing teenagers.  After checking the obvious places like in the movie theatre lobby, outside, and the food court, he meticulously searched the mall.  (the theatre is inside of the mall) He even went to security and gave a description of the teens and left his phone number in case they were found.  He looked at security cameras to check all the exits and nooks and crannies in the mall.  -So yes, you are being watched!  Apparently he and the managers at the theatre became BFFs and he was allowed to go into the movies!  He even told me he saw some of a movie that I would like!
After two hours of searching, all of the security personal and movie employees knew Ryan by name!  The next step was to go down the hall stopping at each theatre, pause the movie, and turn on the house lights to see if they had snuck into another movie!  Ry was a little slow in pulling that trigger.
In the meantime, the mall had closed and I had called the emergency line for our case worker.  I didn't want to wait for it to be the middle of the night before I let them know what was going on.  Our thoughts were that they could have gotten food, but they weren't in the food court - they went shopping, but all of the stores were closed - they took the bus, but we had no idea where they would have gone!  Where in the world were they???
Ryan took it all in stride.  I think he was actually enjoying playing detective with all of his groupies!  I wasn't as amused.

About 9:45ish the door bell rang.  Our door bell never rings unless it is the kids in the middle of the day trying to be naughty!  At the door there they stood!  Tweedle Dee and Tweedle Dum - a little sweaty, but no worse for wear!  I called Ry and announced their arrival.

So 3 hours past the time I was to pick them up at the mall they appeared on our doorstep!  What happened?  How did they get there?  We live 5 1/2 miles from the mall!  What's your guess?
refugee foster care