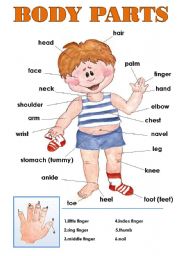 Today I am wondering if it is better to teach your children the correct anatomical names for body parts or to call them something different.

My children know their body parts by their correct textbook names.  I should clarify and say they know their "private parts".  We have always called a penis a penis and a vulva a vulva.  The only name we didn't use was glutenous maximus.  We say hynie.  I just thought it was a good idea for them to know the real names of their parts because I really didn't until I was a lot older.  Plus they are more likely to learn the slang from others before they learn the textbook names on the playground.

Lately, I am wondering if this was the right choice, however.  It has never really come up as a problem or even a little bit of an issue until our youngest came around.  He is very talkative and can be very loud everywhere he is!  The other day he insisted on being carried out of the grocery store.  I had my purse and two bags of groceries around my one wrist and had to hike him onto my other hip.  As I hiked him up on my hip he yelled out, "Mom, you are hurting my penis!"  When I say yelled- I mean yelled!  It wasn't just once either!  Many heads turned our way!  The other night at dinner he announced that he had a hurt penis.  This began the talk between him and Lola about their "private parts".  At that moment I was thankful for A's lack of English and I prayed he didn't understand penis and vulva because I know he understands the word sex!

I guess now I just have to do a better job of explaining to the kids that it isn't ok to just yell out "private part" names and it probably isn't appropriate dinner conversation.
body parts privates