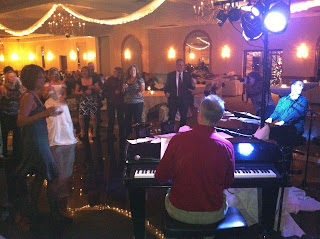 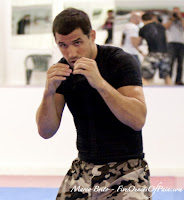 The other night Ryan and I went out to a dueling piano bar.  I love to sing along with the crowd and sometimes dance a step or two!  While the two of us sat there, we pointed out different people to each other and watched their actions.  Most of them were intoxicated and stumbling over themselves.  There were some who were doing a kind of mating dance with just about anything that moved and others that were oblivious to their odd dance moves. (the guy looked like he was shadow boxing and I was frightened for the people around him who may have gotten too close!) 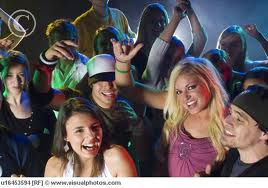 This is the fun of going to bars.   We found ourselves guessing what was going to happen next on dance floor between different people.  We made up conversations that they may be having and laughed ourselves silly.  (I hope this isn't making us sound too pathetic or mean because yes we are lame!)  People watching is fun no matter where you go!  I know that I am thankful that everyone is an individual and will bring a whole new dimension to the party!

And yes, I definitely know that my actions have been laughed at a million times over!  I know that at times I am the crazy one being watched, but the thing about that is that I'm not even in a bar when that happens!  It is just an every day occurrence!
bar people watching piano bar