Just When I Thought I Was About Done Parenting a Toddler.....

June 03, 2011
As I got out of the shower the other morning my three year old triumphantly burst into the room announcing he had gotten himself dressed!  He did it all by himself - he repeated that a few times to be sure I understood.  I praised him profusely because although his outfit wasn't something I would have picked out for  him and his undies were on backwards, he did it on his own.  (We left that underwear on that way all day because I didn't want to dampen his spirit!) This only meant one thing for Mommy - less time spent corralling children and less people to dress every morning!


As excited as I was, I was a little sad too.  This is my youngest child!  He starts preschool in the fall and is growing up too fast!  He isn't a baby anymore!  As I tried to adjust to this thought I continued to get myself ready for the day.  Not 10 minutes later he popped in again. 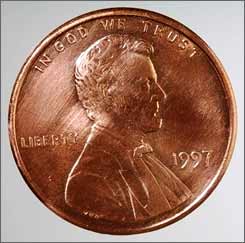 "Yes, it is making me cough! I want it OUT!"
"You'll just have to wait to poop it out."
"uuuhhhhh errrrrrrr (grunting noises like he is trying to poop)
"Honey, you can't poop it out right now.  It will come out in a few days."
"Mom!  (exasperated look on his face with the body language of a 30 year old telling me I should know better) I'm trying to poop it out of my mouth!"
"You can't do that either!  Just go and play.  You'll be fine."

So I guess he isn't all that grown up yet!  I think I have a few more years of parenting a little one!
swallow a penny