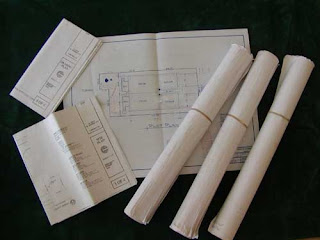 When I was young I had everything planned out.  I knew what college I would go to. I knew what I wanted to do when I graduated college.  I knew exactly where I wanted to work and live.  I even had a pretty good idea who I would marry. (not hard since we had dated since we were in high school)  I worked very hard in school and every job I had to get what I wanted and needed in the time I had planned for it.

As many of you know, starting a family doesn't always allow you to do that!  I will get into those stories later, but the important thing to know here is that I had to give up my control to God and change my plans.  Actually I had to stop planning altogether!  Do you know how hard that is??  It definately took me a lot of time and heartache to figure that out, but I finally did!  I once read that we plan and plan and plan and God looks at us and giggles!  He is in control and makes the plans!  God definately had a plan for my family that I couldn't have know when I was 17!

Today I have three gorgeous children.  They each came to us in very different ways and are treasured beyond measure!  Now we are looking to add to our family again and yet again our children will come to us in a very different way!  You would think that after all the years I went through of giving up my plans that I wouldn't have to remind myself to seek God's plan and not my own.  It is such a hard thing to do that I constantly have to put up a reminder!

For I know the plans I have for you, declares the Lord, plans to prosper you and not to harm you, plans to give you hope and a future.

My family was not meant to look like the "typical" families in our community.  The four kids I had planned out spaced two years apart was not to be.  I am so thankful for this!  I can't imagine how life would be if that were the case!  It wouldn't be half as fun or as big of a blessing for me as it is!  I know that this is the path that God has chosen for us and I am so excited and willing to embark on it!
family planning God's plan